We all deal with our personal difficulties in different ways and, according to a new interview for GQ Style, film star Brad Pitt has turned to sculpture as one of the ways to help him get through the trauma of his recent divorce. The actor tells the magazine that he is spending hour upon hour in the sculpture studio of his neighbour, the British born artist Thomas Houseago. Why has Pitt found solace here? Our recent sculpture survey Vitamin 3-D can offer some clues.

For anyone in a fragile state, Houseago's monumental figurative works offer a vast landscape of conflicting emotions with which to connect. Here's why Brad might have warmed to Houseago's work at this particular point in his life.

Houseago is the ideal sculptor for one of Hollywood’s leading men “Houseago does not sculpt from live models,” writes the Los Angeles author and curator Trinie Dalton in Vitamin 3-D. “He originally aimed to dissect pop images of powerfully heroic men by riffing on recognizable, macho poses popularized by iconic celebrities like Marlon Brando or James Dean.” 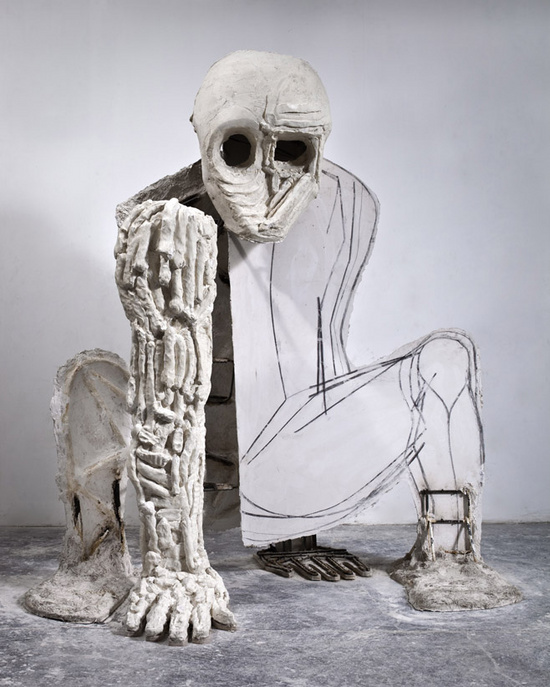 He’s a good choice for anyone who feels life just got a bit dark (and who maybe produced and starred in the zombie film World War Z) “Having relocated to California from his native England, Houseago attributes the ghostly quality in some of his works to apprehensions and excitement about shedding cultural attachments,” Dalton writes. “Works circa 2005 from ‘LA, first period’, as he calls them, are especially daunting. One figure, flattened onto the floor as if deflated, pushes himself up with his arms and hangs his head down in a gesture of failure. Another, squatting like a frog, wears a death mask. There are serpents climbing walls, headless torsos standing like zombies, and black, horned demons ready to pounce.”

There’s plenty of emotional landscape to inspire an actor “His plaster and wood sculptures, which depict aberrant, androgynous beings crouched, contorted, reclined or hunched over in awkward, uncomfortable poses, reference everything from the Golem to Michelangelo’s marble statues, Goya’s tortured monsters, Giacometti’s wandering waifs, or Picasso’s primitivist busts,” writes Dalton. “Houseago’s personal brand of primitivism, however, has nothing to do with robbing ancient cultures aesthetically, but rather with sculpting characters that strike archetypal poses to contain the ‘weirdness of the third dimension’ - a cosmos that is wild, unpredictable and fabulous. In this, his figures convey a theatrical surrealism and serve as architectural maps for his emotional landscape.” 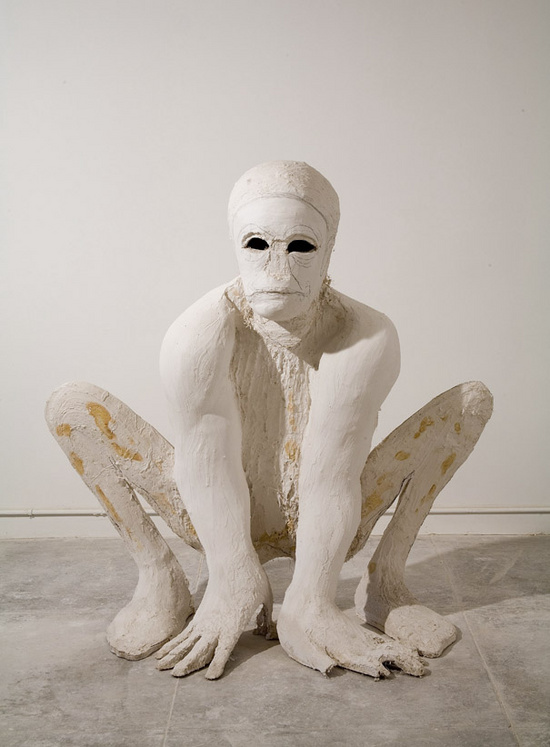 There’s also a lot of ambiguity for anyone undergoing a crisis of masculinity “Houseago has an abiding interest in how postures communicate gender, and how gender is assigned to postures that read, for example, as aggressive or submissive, contemplative or active,” writes Dalton. “His figures pit inside against outside, confuse back and front, and wear untranslatable facial expressions - hollowed-out eye sockets, pencil-drawn frowns that curl into smiles - to retain ambiguity.”

We sincerely hope Thomas Houseago helps you get through your difficult time Brad. For more on the artist's place within contemporary sculpture order a copy of Vitamin 3-D here. For more on the movies take a look at our cinematic titles here. And for more on the therapeutic side of artistic appreciation and how art can help you get back a bit of yourself buy Art as Therapy. 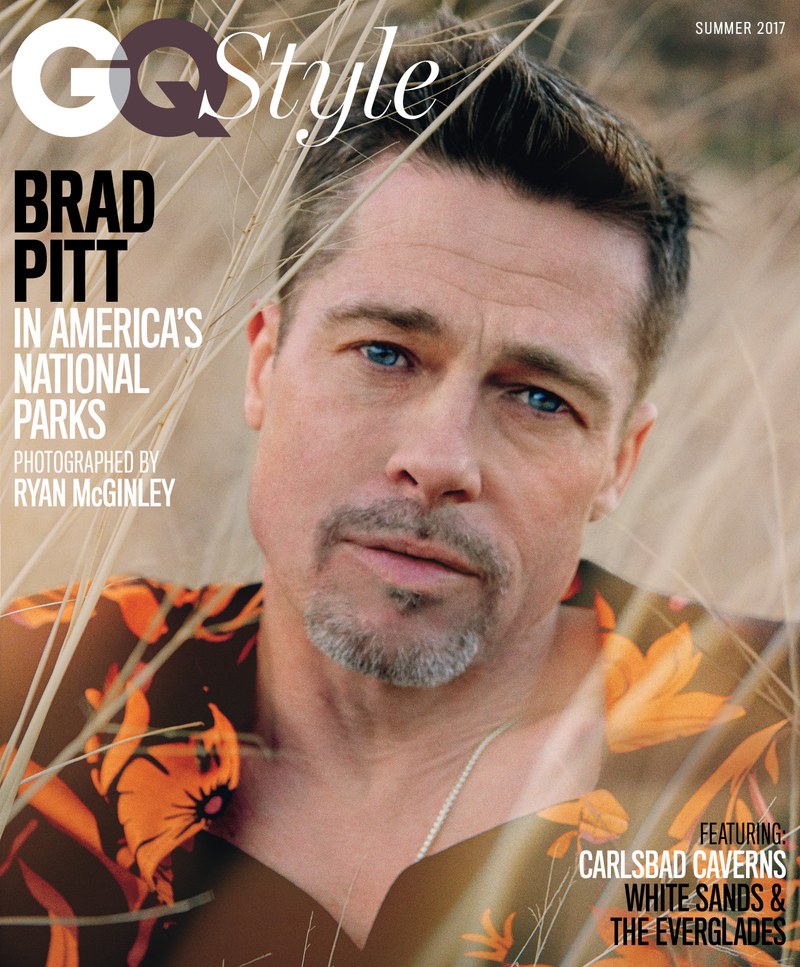 Brad Pitt on the cover of GQ Style