The Los Angeles dance collective, LA Dance Project, has done a huge amount to promote formal choreography in a city that's better known for its cinema and pop music than its love of a well-executed grand-plié.

Tomorrow the company opens its new LA residency at The Theatre at Ace Hotel, a work-a-day title for an actually rather beautiful auditorium, once known as the United Artists Theater, which dates from the 1920s.

For this run, 20 - 22 February, the troupe are staging a couple of productions that incorporate commissioned artworks by two of the city's best-known fine artists, Barbara Kruger and Sterling Ruby. Of these, the Kruger set is the most recognisable, incorporating as it does her well-known typography. The artist's work accompanies Reflections, a piece by LA Dance Project's founder Benjamin Millepied. When this was staged at Paris's Théâtre du Châtelet last year, the dancers performed on and in front of Kruger's line 'Stay Think of Me Think of Me Thinking You', to music the American composer David Lang. 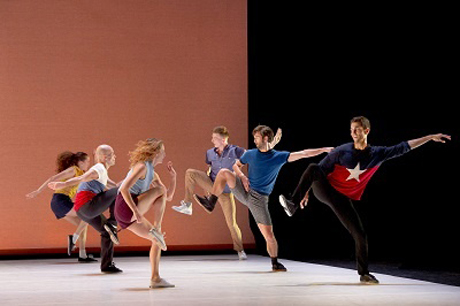 Ruby's contribution, meanwhile, is for a slightly darker work. Murder Ballads, choreographed by the New Yorker Justin Peck, is set to a series of early 20th century, murderous folk songs, that have been reworked into contemporary chamber music by Bryce Dessner, better known as the guitarist in the US rock band, the National. 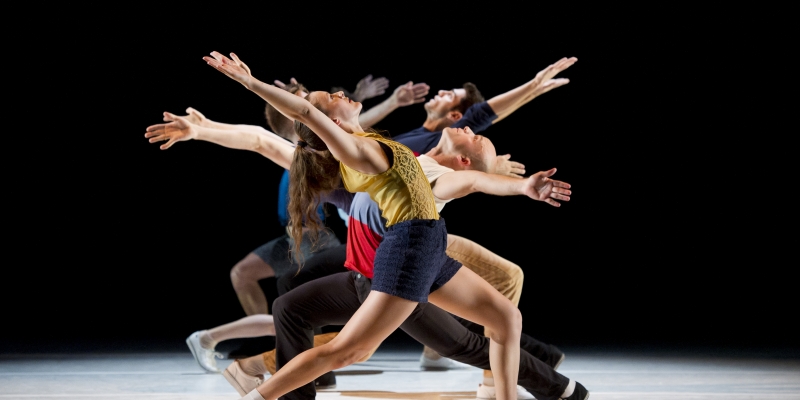 From the publicity stills, Ruby's contribution appears to be quite spare, providing, it appears, clothes and colour-field backdrops to the otherwise quite simple display choreographic composition. Still, it's good to see such wide-ranging artistic engagement. For more on this go here. And for more on stage design take a look at this great guide.