Welcome to the Sottsass pleasure Dome

Although Ettore Sottsass received his diploma in architecture in 1939, he is most famous for creating furniture and consumer products. Indeed, to some extent, he shunned certain types of buildings. In our new monograph, we quote from his 1966 description of himself as an “architect, interior designer, colourist, hypothetical and potential builder of villas, private houses, areas for rest, pleasure and distraction – poor designer of palaces and public assembly places, enemy of barracks, ministries, and centres of moralizing in general.”

It proved to be a remarkably apt description of his architectural undertakings; although he accepted more building commissions towards the end of his career, Sottsass designed only one work of public work: the interiors of Milan’s Malpensa airport in 2000.

However, he excelled, in private houses, shop interiors, and bars and restaurants, where he paired his innate love of colours and shapes with an artistic urge to delight in and undermine existing architectural forms.  Some works, such as his ambitious Twin Dome City in Fukuoka (above) did not make it past the modelling stage. 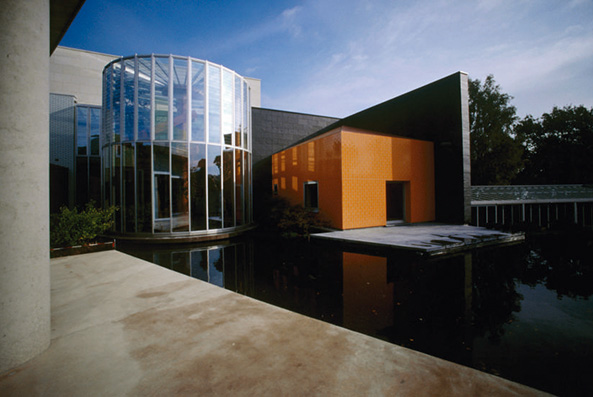 Others were driven forward by a demanding and collaborative client. Take the Mourmans House in Lanaken, Belgium; created for the architect and dealer Ernest Mourmans around the turn of the century, the building accommodates Mourmans’ two great enthusiasms.

“After design, Mourman’s other passion is for birds,” we explain in our monograph, “and he gave Sottsass the specific brief that his new home must be surrounded, or at least ‘almost entirely closed’ by an immense birdcage, that would be home to some twenty exotic fowl. Although in practice this would prove extremely difficult, Sottsass managed to fulfil the brief, creating a house encircled by interconnecting aviaries, from which it was possible to enjoy uninterrupted views of the birds from every room.”

Other works, like the Wolf House in Colorado, built 1987-89 demonstrate the closest Sottsass came to a signature style: “‘parcelling’” as we put it in our book, “his houses into various sections connected by patios, terraces and the general layout of the garden.” 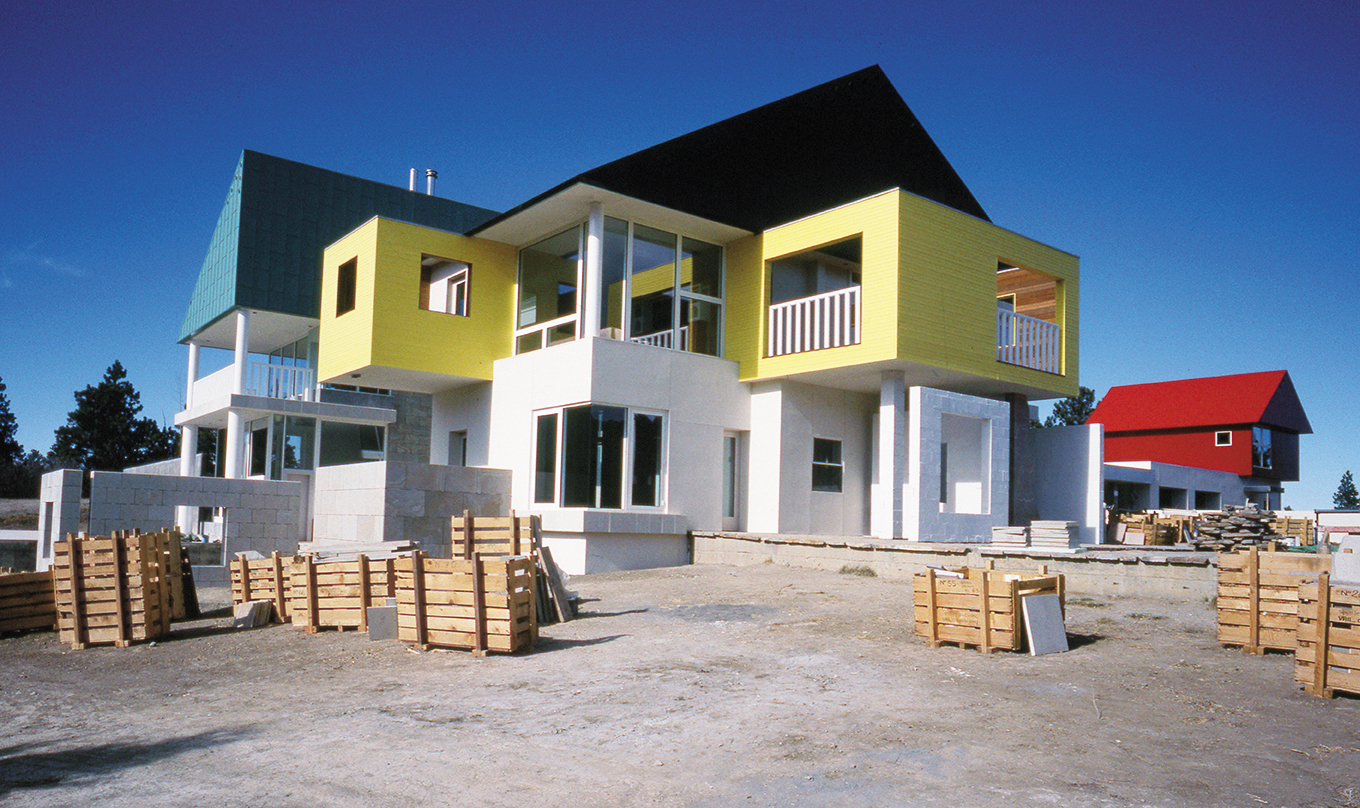 Some undertakings, such as a commission to design a bar, named Zibibbo, for a hotel in Fukuoka, Japan, gave rise to designs far more ambitious than the brief required. “The ceiling was studded with golden stars on a deep blue background,” we explain in our book, “inspired by the tomb of an Egyptian Pharaoh and designed to symbolically envelop the bar’s clientele in a cosmic dimension.” 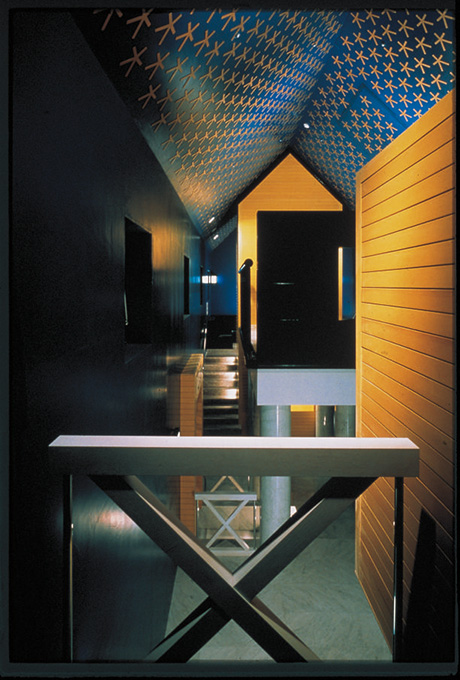 While this work might be classed as an interior, rather than architectural commission, “Sottsass saw interior design as an opportunity to develop the ideas he applied to his architectural projects.”

Indeed, some of his most widely seen work came about at the beginning of the 1980s, when Sottsass was asked to oversee the designs for Esprit’s European expansion. “Founded in California,” our monograph makes clear, “the fashion chain wanted to expand throughout Europe and Southeast Asia, and therefore decided it was necessary to develop a modern, dynamic and relaxed image – in tune with the times, and in keeping with the brand.” 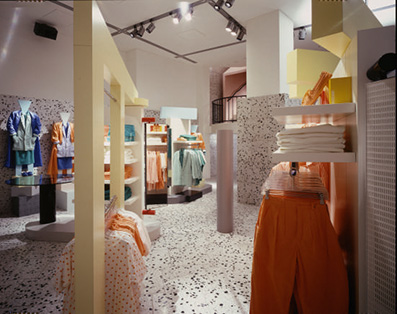 The commission was a huge success for the clothing company. As we put it in our book, “the aesthetic homogeneity of the interiors Sottsass designed for Esprit in Europe strongly contributed to establishing the company’s corporate image.”

It’s odd to think that for many people, the shopping mall, rather than the art gallery or design museum would have been the place to gain a simple, first-hand feel for this seminal designer’s work. Then again, these are, as the architect once put it, “areas for rest, pleasure and distraction.”

For a richer understanding of this important designer's life and work, buy a copy of Sottsass, available to order here. And if you're a Sottsass fan and you're in London next week, you may like to know there's a great talk going on at the Design Museum between Dyan Sudjic and Sottsass's wife and Memphis co-founder Barbara Radice. See our events section for details. Not a member? Then join here. It's free and we'd love to see you at our events.