Earlier this week we ran an interview with Jenny Holzer to honour her work on the first anniversary of the opening of her NYC AIDS Memorial - a Walt Whitman poem, carved into granite and housed beneath a sharply-angled pavilion in Greenwich Village, designed by architects Studio AI.

One of Phaidon's most prominent book designers, Kobi Benezri, was asked to design a poster for the memorial which, as plans for the site became clearer, then became a request to create an entire visual identity for Studio AI and Holzer's work. Benezri's artwork is a complex vault-like restless maze, reflecting the site specifically and alluding, he says, to both the emotional strain caused by the disease and the ongoing effort to solve and complete.

As you probably know, NYC AIDS Memorial is a coalition of well-minded individuals and organizations dedicated to the recognition and preservation of the ongoing history of the AIDS crisis. We sat Kobi down and asked him how he got involved. 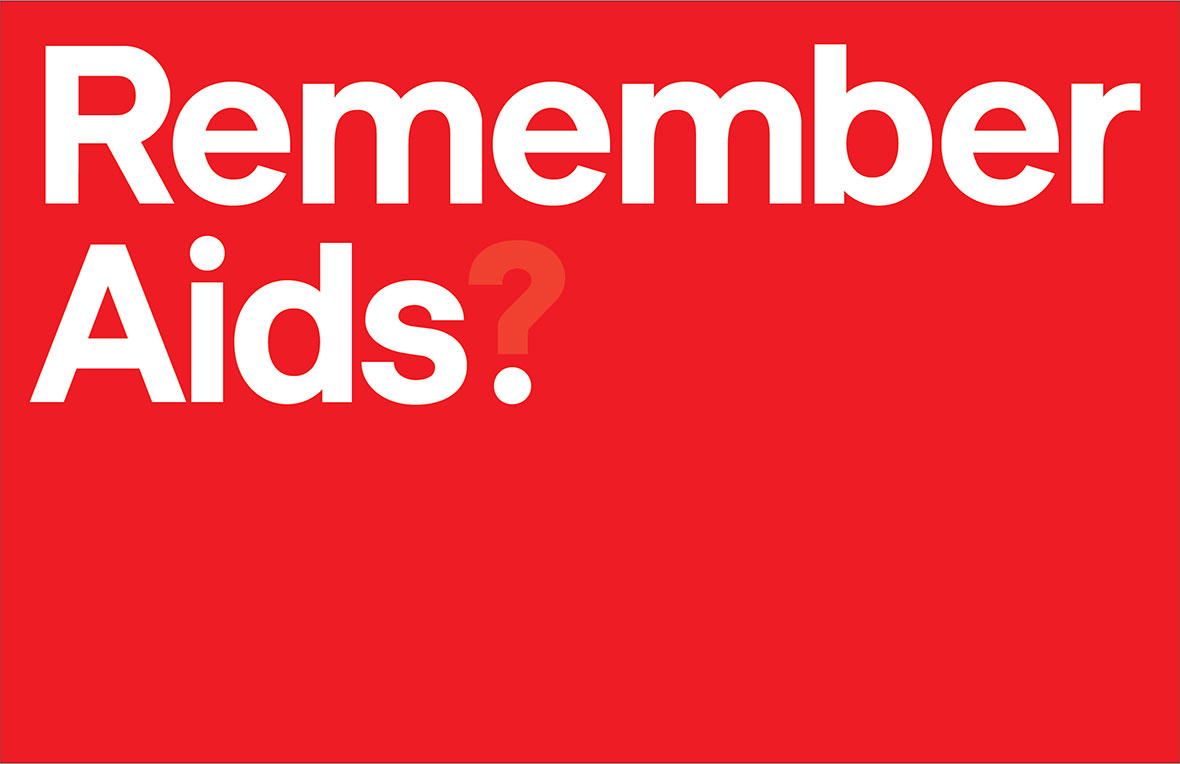 Tell us a little about the initial ideas you had for the print, how they started to take shape and why you eventually decided on what we see today. At first I was asked to design just a poster for the memorial. That was before I knew anything about the park or saw any of the architectural plans. I had this idea to do a typographic poster with just two words in red type: 'Remember AIDS  and add a question mark after ‘AIDS’, but print it differently, in either a reflective material or spot varnish. The idea was to pose the words ‘Remember AIDS  as a call to mind for people, but also as a question, asked in a utopian scenario where AIDS is defeated - depending on which angle you’re viewing the poster at.

As the brief became clearer, I learned about the actual plans for the memorial, and was asked to do more of an identity for it, rather than just a poster. That made the whole thing more site-specific.

The desire to s olve and complete is a very interesting idea to alight on – could you explain your thinking?  The element in the memorial that interested me the most was the floor piece - the ripple effect-like granite sculpture suggested a layered struggle and an aspiration to spread and reach far.

In the graphic element, I took out pieces of the circles and made it more like restless maze, suggesting an ongoing strive to solve and complete. To elaborate on that, many pieces were put together, yet it is an unresolved puzzle. HIV treatment has gone a long way over the past three decades, from deadly trials and errors through reformed education systems, to breakthroughs and achievements in preventative and active treatment. Nevertheless it is still a global pandemic that continues to cost lives every year. 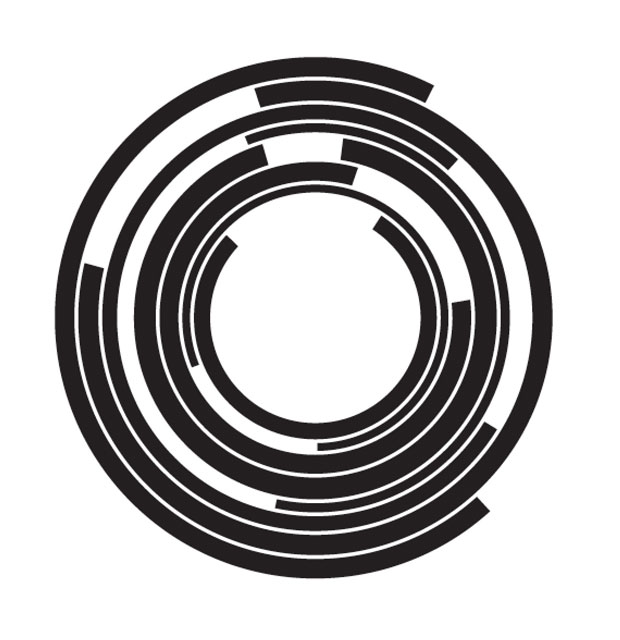 Does a memorial-based design pose any particular challenges for a designer and d oes the desire to respect the memory of loved ones make the commission more pressured? I don’t think it poses a particularly more difficult challenge. The need to respect the memories is clear and beyond doubt in this case. The hardest decision was not using the colour red for it.

How much research did you do in talking to NYC AIDS Memorial or people affected by the illness? We had discussions with the foundation and the architects. I personally did not do any specific research, other than general acquaintance with the subject matter, its history and its toll. 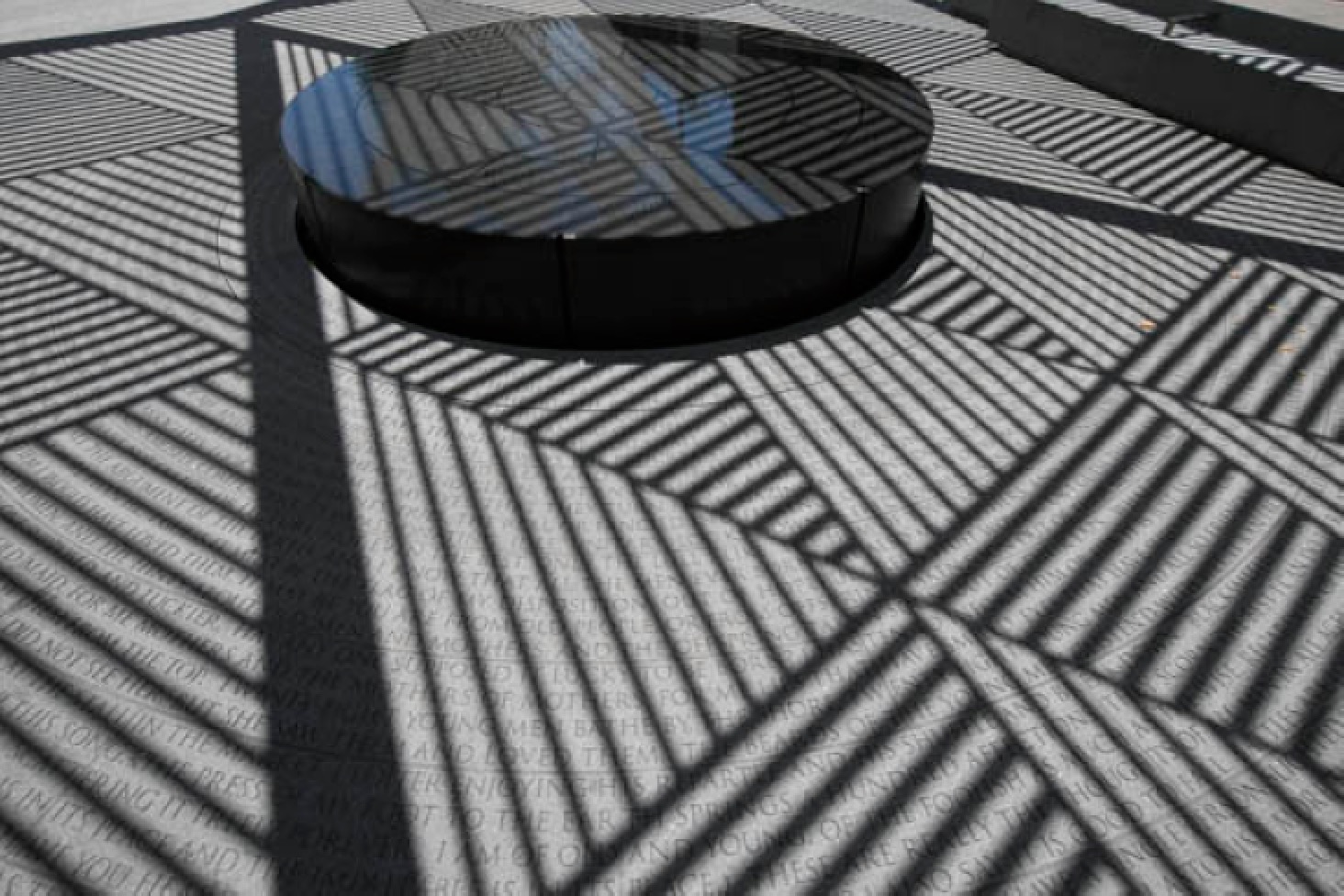 Finally a simple question – how did you decide on the colour green? That’s not such a simple question! Stepping away from red was not an easy decision, for many reasons, mainly the possible perception of it as ungracious. The red colour was originally about connection to blood and the idea of passion - that is a very powerful abstraction in the context of AIDS awareness. But the NYC AIDS memorial itself is a place that both commemorates and also marks the endeavour and achievements of caregivers.

I remember the day that St. Vincent Hospital closed down - I actually lived in Greenwich Village at the time, and I know the significance of that place. I wanted to concentrate on the hopeful and positive side and also connect to that specific memorial, which is less of a monument, and more like a little park, in the middle of this wonderful leafy neighbourhood. 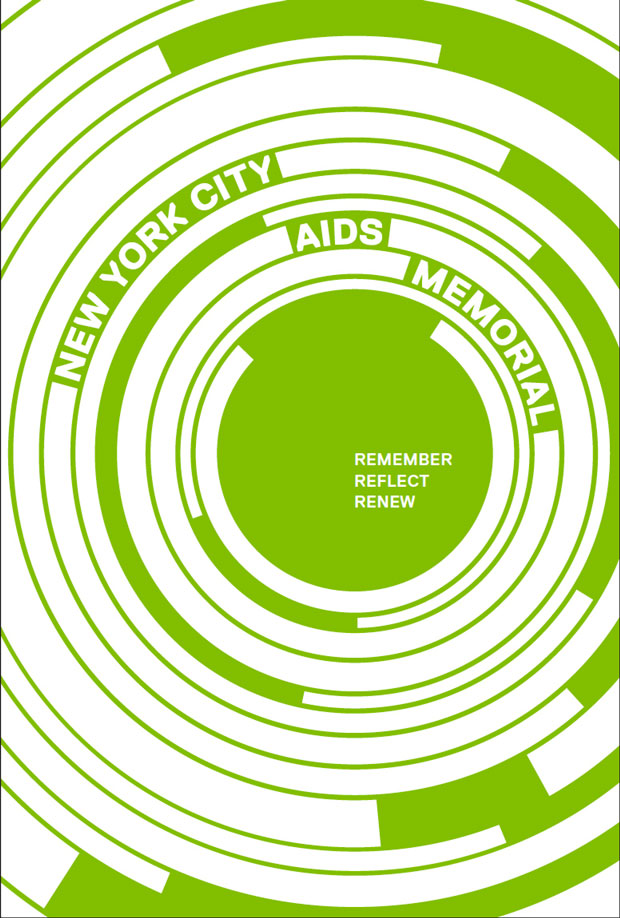 You can buy one of a limited editon (100 prints) of Kobi's AIDS Memorial artwork at Artspace here. Kobi studied graphic design at the Bezalel Academy, Jerusalem, completed his studies at Cooper Union, New York and in 2004 became Art Director of I.D. the International Design Magazine in New York. He opened his own studio in 2008, working with clients as varied as Condé Nast, The New York Times Magazine, Vitra Design Museum and The Whitney among others.

You can read our interview with Jenny Holzer here and take a look at our Jenny Holzer Contemporary Artist series monograph here. But most importantly, if you take away one thing from this story make it the following:

One in five people who are HIV + do not know their status. Almost 4,000 New Yorkers will be infected with HIV this year. New York leads the nation in the number of new HIV cases. 34 million people are living with HIV/AIDS worldwide. More than 30 million have died from AIDS since the epidemic began. But you can do something about it. If you want to help you can do so here. And finally, if you're sharing any of this, be sure to use #nycaidsmemorial. 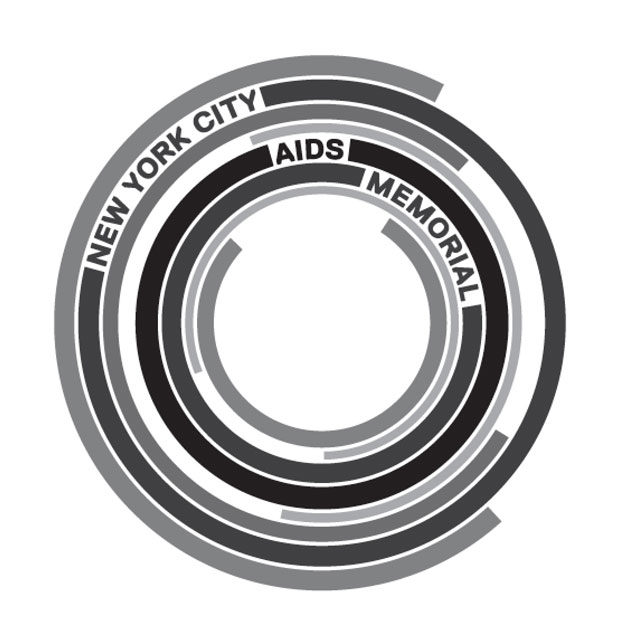