A Day At Home captures the cloistered, psychically fraught world of the modern kept woman

In Jean Toomer's freeform, modernist 1923 novel, Cane, there's a brief chapter, entitled Rhobert, which describes a man fatally encumbered by a house that he wears on his head. Published the year before the first Surrealist Manifesto, Toomer appears to be tapping into the same psychic well spring as Breton, Dali and co. 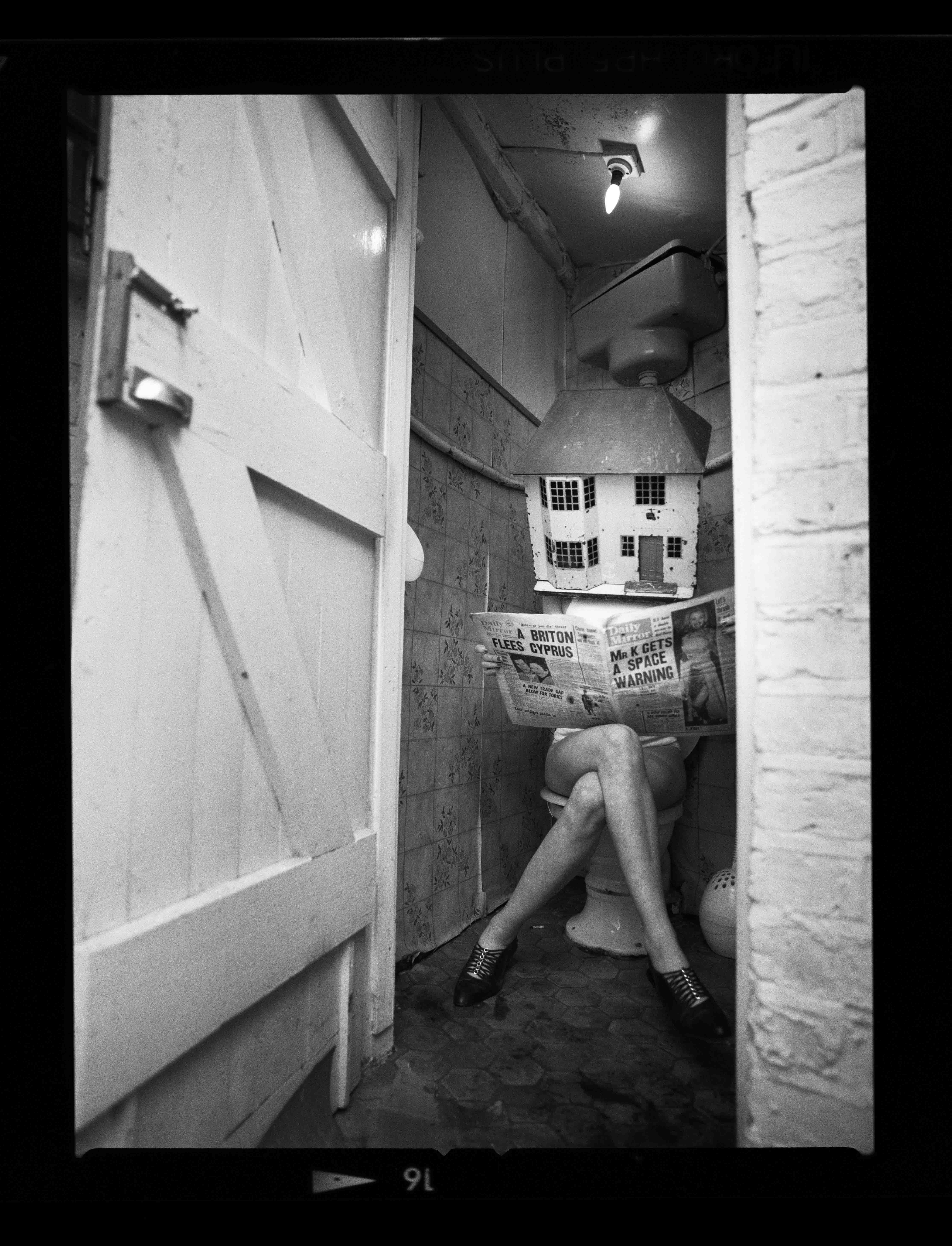 From A Day At Home by Charlotte Colbert

And it's this image that comes to mind when we look at Charlotte Colbert's photographic series, A Day At Home. The set, shot in medium-format black and white film, and printed fully, including the negative's edges and rebate.

The series was taken by Colbert - a British photographer and screenwriter who has worked with the likes of Bill Nighy - in a tumbledown house in the East End of London, and the images toy with the role of housewife, at times even placing a dolls house onto the model's head. 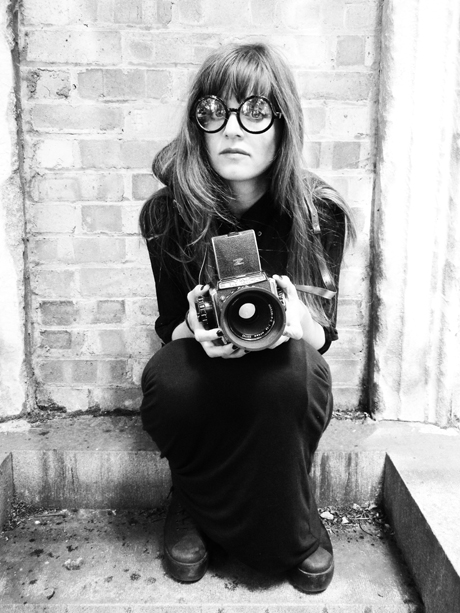 Yet, there's a sinister, psychologically fraught side to the series, as the photographer acknowledges. "Sometimes it feels like the thread linking us to the world is so frail that at any time it could break," says Colbert, "leaving us at the mercy of all our repressed confusion loss and fear."

Does Colbert sound out the modern city housewife's predicament, as Toomer, a mixed-race writer and early proponent of the Harlem Renaissance, expressed racial identity in pre-war America? That might be over-cooking it, but we like these images all the same. They're on display at the Gazelli Art House, in London. November 29th - December 20th. 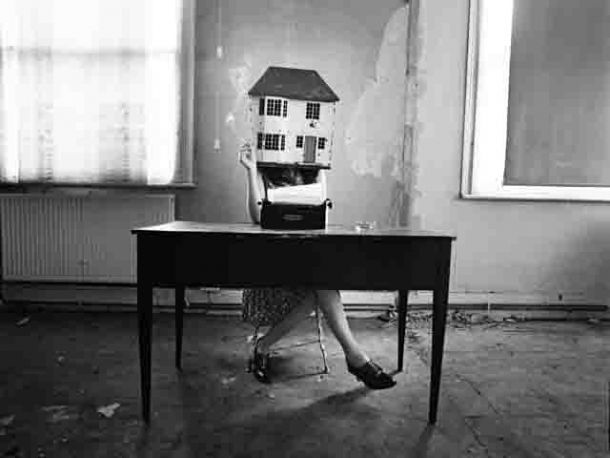 From A Day At Home by Charlotte Colbert

For more, go here. For another photographer capturing an imaginary space of transient residence, take a look at Roger Ballen's Boarding House. And for a greater understanding of Surrealism consider our comprehensive survey of the 20th-century's longest lasting art movement. Buy them from the people who made them, here.