David Diao - Why I Paint

In David Diao’s large canvas Salon 2 (2011), two silkscreened photographs are printed on a turquoise background. Although the images are slightly different sizes, they depict the same room. The image on the right is well known. Diao has appropriated a photograph taken in 1964 by David McCabe that shows Andy Warhol, David Whitney, Philip Johnson, John Dalton and Robert Stern in Johnson’s iconic and supremely modernist building, The Glass House.

Separated at a distance from this image, the second photograph depicts Diao himself at ease in the same interior, reading a newspaper. Thus, on the right, Diao gives us an image embodying serious art-world clout – the 1960s tastemakers, if you like – all male, all white and, not un-importantly, gay, in their shrine to progressive culture. On the left, the artist, who arrived in New York as a young child from Chengdu in China, is connected to that world through sharing this room, but is also apart from it.

It was in the mid-1980s that Diao dramatically changed his practice. He opened up his paintings, which had already achieved wide recognition, from being solely concerned with the formal and plastic elements of abstraction. These later works embrace the subject matter of abstract art itself: its reception and what it means to be a painter, as well as Diao’s own position, history and career. Here, the Vitamin P3-featured painter tells us what interests, inspires and spurs him on. 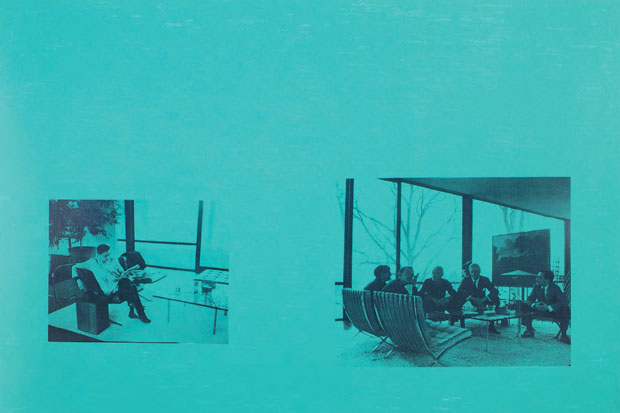 Who are you? I am an artist who has presented work for 50 years. I have mostly lived and worked in New York.

What’s on your mind right now?  A year ago I had to leave my skylit studio of 40 plus years. The new studio, though much larger, is oddly laid out and only has artificial light. I'm trying to adjust to it in the hopes of making more and better work.

How do you get this stuff out? I was lucky to begin showing when I was just beginning and continued to be able to present most bodies of work.There were many lean years. I seem to be benefiting from this recent interest of the art institutions in ferreting out older, overlooked artists.

How does it fit together?  I don’t know if it fits together. 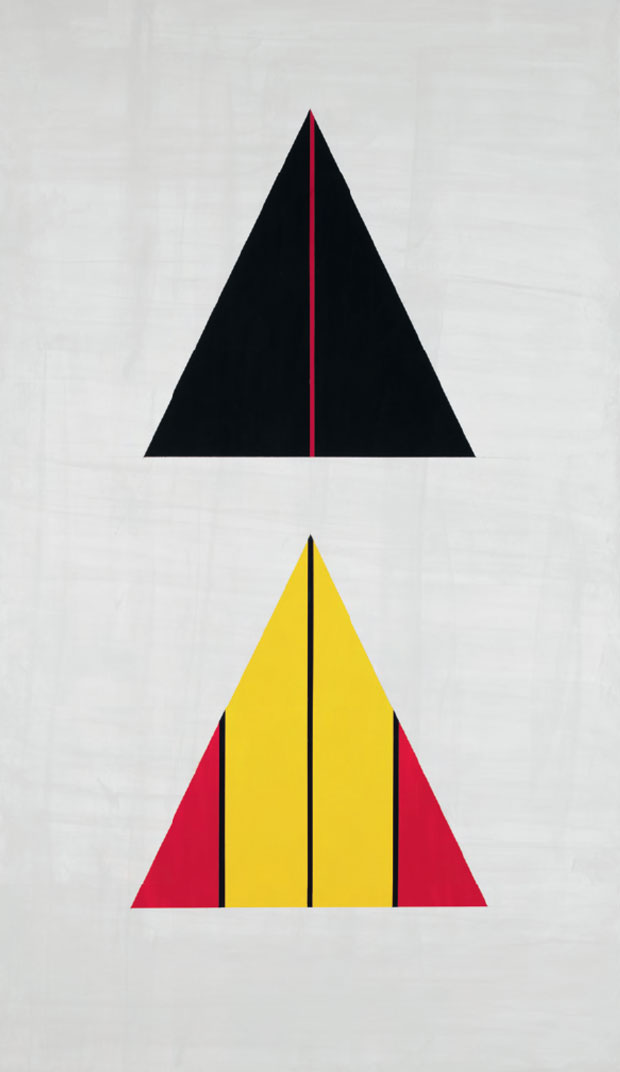 What brought you to this point? There are forks in the road: each path taken means the other one is lost to you. Then one can sometimes double back.

Can you control it?  I’ve always thought painting, that is to say its history and signification, controls me.

Have you ever destroyed one of your paintings? Around 1990 I thought I could utilize factual information around an artist to generate a group of paintings, i.e., curriculum vitae, studio floor plans, sales records, reviews and criticism. I decided to use my own professional history to this end employing myself as an instance of your average artist and his residue in the world. The ensuing show was titled 'A Real Allegory', after Courbet’s painting. To exemplify critical response I hit upon photo silk-screening art magazine covers and magazine pages on the actual paintings to which they referred. The titles of two earlier paintings were retitled, 'Plus' and 'Minus' for positive and negative reviews. An artist-critic soon wrote, “How can an artist destroy his own work.” Of course I didn’t think I was doing that but rather creating new paintings out of the old. 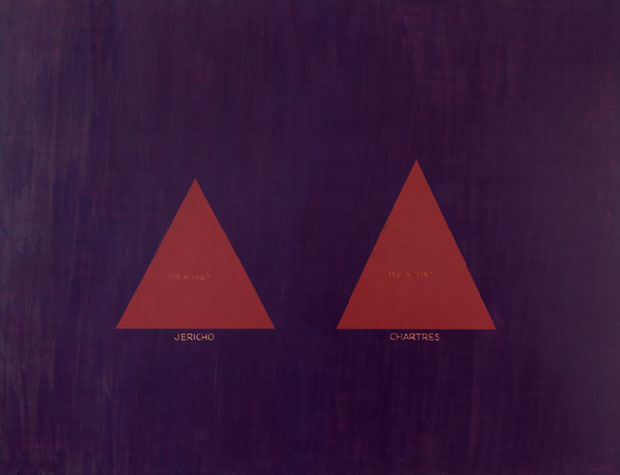 What’s next for you, and what's next for painting? I am working towards a show for my long time New York gallery Postmasters. It will hover around the 5 years I spent in Hong Kong as a boy after evacuating from China in 1949.  There is very little actual documentation but memories are deep and I am trying to excavate them. For painting I don't know.

Find out more about Vitamin P3 New Perspectives In Painting here. Check back for another Why I Paint interview with a Vitamin P3-featured artist soon. Finally, be sure to check out more of David's work at Office Baroque, Brussels; Tanya Leighton, Berlin; Galeria Marta Cervera, Madrid; Postmasters New York.