You’d be hard pushed to find a bedroom in the Schindler House. This landmark of West Coast Modernism, built in 1922 in West Hollywood by Viennese émigré architect, Rudolph Schindler, is devoid of clearly defined living, dining and sleeping quarters, and was, instead, conceived as a modular, changeable live-work building for two families.

As we explain in our Schindler book, the architect purposefully turned away from simple problems and conventions of building construction and instead focused what he described as Space Architecture, or the way in which architects could now control and create space, climate, light, mood.

Schindler’s pioneering work has gone onto inspire the likes of Steven Holl, while the house itself has accommodated such august figures as Richard Neutra, Edward Weston and John Cage. 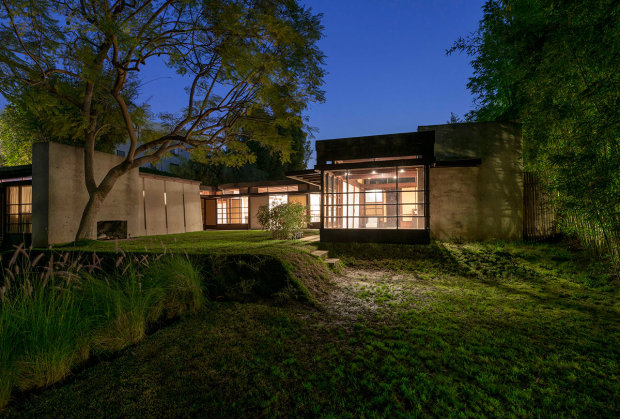 And it’s Cage’s time spent in this marvel of Californian architecture that has, in turn, inspired the writer and potter Edmund de Waal’s debut exhibition, at the Gagosian gallery in Beverly Hills, nine miles south-west of the house,.

De Waal, who has shown his work at Chatsworth House, Southwark Cathedral, Turner Contemporary, and the Theseus Temple in Vienna, among other places, often creates pieces that respond to their architectural surroundings. 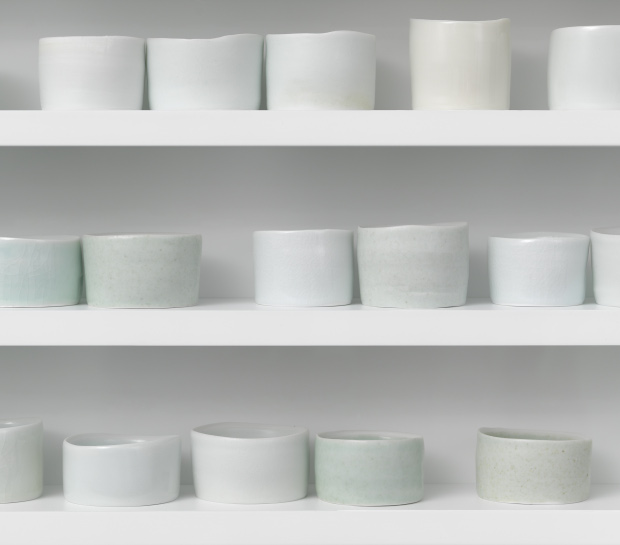 However, this new show, entitled Ten Thousand Things is distinct, as, at the centre of the exhibition is a series of vitrines inspired by Cage's time in Schindler House. The building,  as de Waal sees it, offered a new way of living and working, and helped Cage to clear his mind, during a stay there in 1933. 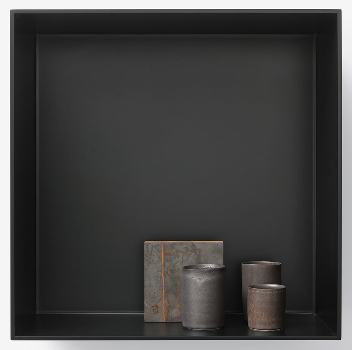 The title of the show comes from a phrase Cage favoured, and is itself derived from Chinese Taoist ideas concerning endless repetition and unfolding, which were important to some Modernists. In response de Waal has created ten thousand things, for John Cage I–XX (2015), a set of twenty open aluminum boxes containing different arrangements of pots, which he sees as being like dialogues.

“For this new body of work, I have made a series of conversations about materials with architectural space,” de Waal explains. “How people walk through spaces, how they encounter what I make, how it is possible to make work to pause the world a little, is my imperative. At its core is one simple question: it is about what it means to belong in one place at one time.” 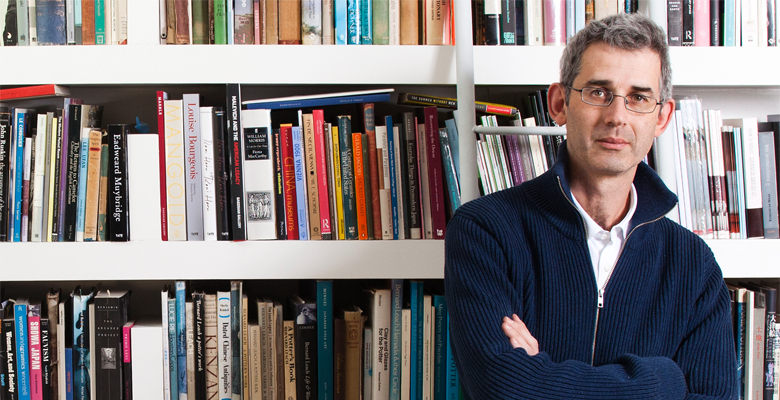 That might sound a bit whimsical coming from anyone other than de Waal, yet his estimable understanding of art and architectural history, combined with his first-class talents as a ceramicists, means the exhibition, which runs 14 January to 18 February, should offer some delightful insights into Los Angeles’ modernist past, as well as a moment’s pause, to take in de Waal’s own work.

For greater insight into Edmund de Waal’s art, buy our monograph; for more on Rudolph Schindler consider this book; for more on Cage's work get this book; and if you’re visiting LA, don’t forget your Wallpaper* Guide.