When Sottsass met Bob Dylan and the beat poets

Our new monograph on Ettore Sottsass throws up dozens of fascinating stories concerning the cultural resonance of the Italian designer (best known to most people solely as the founder of the Memphis design movement). One aspect of his creativity that’s most often overlooked is his photography.

Curator and critic, Francesco Zanot, in his introduction to the book, describes how Ettore would always have his camera with him, “forever ready to capture a visible trace of the world around him.” And what a world it was as the pictures shot by him above and below reveal. The images, taken in San Francisco in 1965, illuminate Sottsass's relationship with the beat poets and the burgeoning counter culture. Throughout the 1960s, Sottsass and the beat poets enjoyed a mutually inspirational relationship, each spurring the other on to greater heights of creativity.

Sottsass first met Kerouac and co following his recuperation from Nephritis – a grave illness he had succumbed to in India in 1961 and for which he had been given a fatal diagnosis. In the event, Roberto Olivetti funded a ground breaking treatment programme for Sottsass at the Stanford Medical Center, Palo Alto, California, which eventually resulted in a successful outcome. After months of recuperation at the Center, Sottsass travelled north to San Francisco where he met with Beat generation members Allen Ginsberg and Neal Cassady. Their friendship was to prove a lasting one. 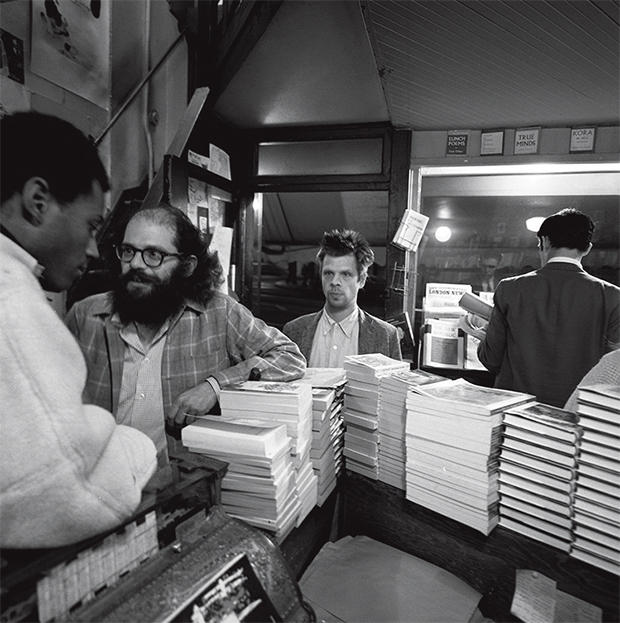 Years later, In December 1966, Sottsass and his first wife, journalist Fernanda Pivana moved to an apartment on Milan’s Via Manzoni. In the wake of the underground success of his East 128 publications, (named after the hospital ward where Sottsass had written, edited and published publications on philosophy and Beat writings) and due to Fernanda’s connections with the Beat movement, the house became a place of pilgrimage for young anarchists, beatniks and protesters, antimilitarists and down-and-outs, who came and went in search of information or comfort or simply the exchange of ideas. Open every day from 18.00 to 20.00 the apartment was transformed into a hub for counter-culture.

As our book Sottsass reveals, "Fernanda was seen as the spokeswoman for Beat culture in Italy and subsequently during this period Sottsass spent a considerable amount of time with the movement’s most prominent and influential figures, including Allen Ginsberg, Jack Kerouac and Gregory Corso. These interactions undoubtedly contributed a great deal to his convictions and work."

The book reveals how in the summer of 1967, Sottsass and Ginsberg journeyed across Italy, stopping in various towns for Ginsberg to give talks and readings. It was an eventful trip: in Portofino, they met with Ezra Pound, in Agliana, at the offices of Poltronova, a private view of an exhibition of ceramics led to an impromptu reading by Ginsberg and in Spoleto, the Beat poet was arrested for public indecency after one of his appearances. 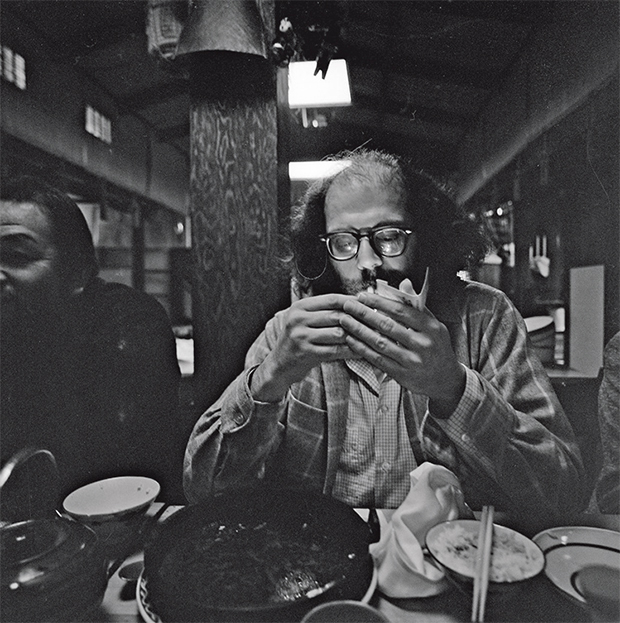 As the book goes on: "The end of the decade marked the start of a period of intense self-doubt and re-evaluation for Sottsass. It was the era of the Radical Architecture movement – a ‘counter- school’ of architecture, or ‘non-architecture’ which emerged in the mid-1960s, in the architecture faculty in Florence.

"The Italian Radical movement marked an important time of analysis and critical reflection, which Sottsass defined as ‘a period of emptiness and introvert meditation, of purification and release from everything that constituted the laws, customs and vocabulary of rationalist culture.’

Sottsass himself took an active part in the intense intellectual productivity of the period. He continued to produce ceramic pieces and to ensure that everything went smoothly with this work, made frequent visits to the Bitossi factory in Montelupo, not far from Florence. It was during such visits that he first rubbed shoulders with the young Florentine ‘activists’. "At this time, all of the 'radical' players met each other," recalls Lara-Vinca Masini in our book. "Sottsass was truly the guru of the 'radicals’."

For a richer understanding of the designer's life and work buy a copy of Sottsass, available to order here. And if you're a Sottsass fan and you're in London next week, you may like to know there's a great talk going on at the Design Museum between Dyan Sudjic and Sottsass's wife and Memphis co-founder Barbara Radice. Check out the Phaidon Club members' area for details. Not a member? Then join here. It's free and we'd love to see you at our events (and enjoy discounts on our great books).