JFK airport gets a $10 billion upgrade

Could a huge cash injection turn this 68-year-old entry point into the kind of airport New York deserves?

Some places don’t always get the buildings they deserve. New York remains the most populous city in the US, and one of the world’s few truly global cities. Yet its main international entry point, John F Kennedy Airport, 12 miles from lower Manhattan in Jamaica, Queens, doesn’t quite match up with NYC’s global standing.

By the New York Governor’s office’s own admission, piecemeal, ad-hoc decision making has left the 68-year-old airport with “with disconnected terminals, an inconsistent passenger experience, facilities that are quickly running out of capacity, on-airport roadways that are confusing to navigate, and an airport that is increasingly difficult to access.” New York may be among the most-loved cities in the world, but JFK is among it's least-loved airports. 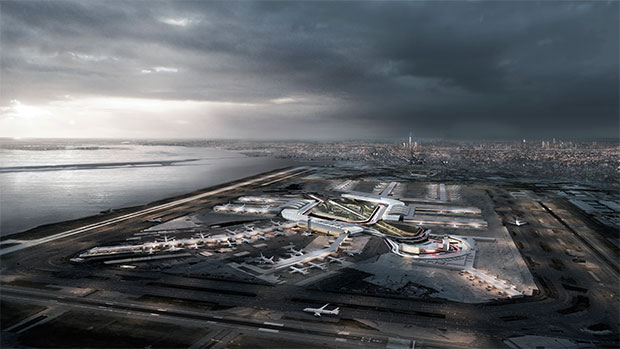 Rendering of the JFK upgrade, courtesy of the New York Governor's office

Governor Andrew Cuomo hopes to change this, with a $10bn upgrade of JFK and its associated infrastructure. The plan involves both an upgrade of JFK itself into a unified, interconnected, world-class airport, and wide-ranging improvements to road and rail access, in order to accommodate the projected rise in passenger numbers from a record 60 million in 2016 to an estimated 75 million by 2030.

Some improvement projects, such as turning Eero Saarinen’s TWA Flight Center into a hotel, are already underway, and, while no end-date has been set for this recently announced infrastructure plans, New York’s long-planned, recently opened Second Avenue Subway proves the city wants to be a world-beater in every sense, including public transport. 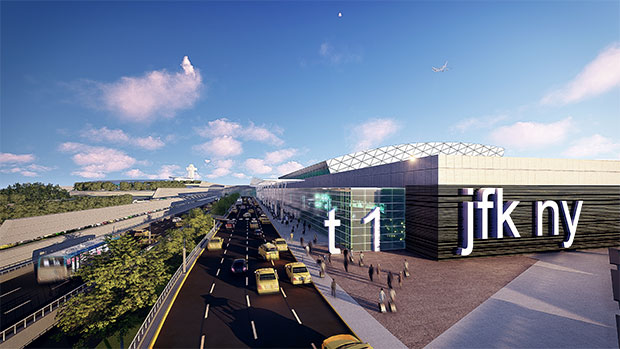 Rendering of the JFK upgrade, courtesy of the New York Governor's office

For more on Eero Saarinen’s contribution to old JFK order this book; for more on how cities work today order a copy of Living in the Endless City, and if you’re flying into JFK soon don’t forget your Wallpaper City Guide.