The new SFMOMA work, opening next week, allows local citizens, from the richest to the poorest, to tell their story

Towards the beginning of 2018, the French artist and activist JR set up a mobile studio in San Francisco, to film, photograph and interview 1,200 local citizens, drawn from across the city’s varied communities.

That Californian city has one of the highest rates of income inequality in the US. Yet JR’s huge new digital group portrait, The Chronicles of San Francisco, which will go on display on 23 May at the San Francisco Museum of Modern Art, isn't simply a means to bash Silicon Valley billionaires; the work was funded in part by the tech entrepreneurs Lynne and Marc Benioff.

Instead, the interactive artwork, which is presented large scale, across a seamless bank of screens, attempts, as SFMOMA puts it, to bring “together the faces and untold stories of the people we encounter every day.” 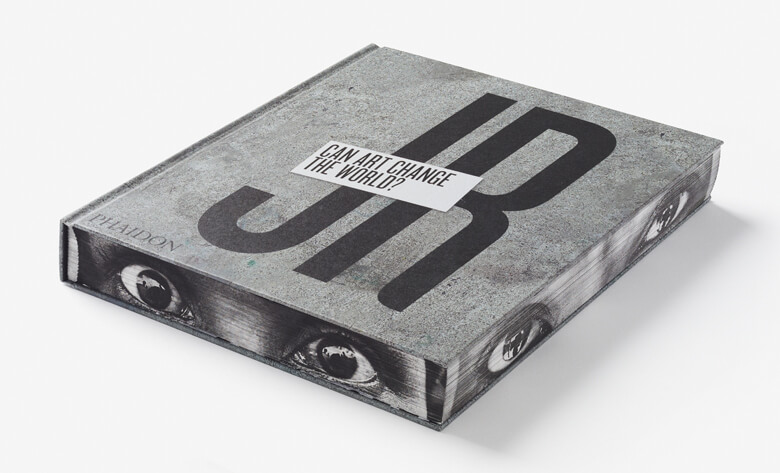 The 120-foot long work collages together the subjects he captured back in 2018. In among that crowd are the Benioffs, the San Francisco Ballet’s principal dancer Mathilde Froustey, and the Golden State Warriors’ basketball star Draymond Green, as well as plenty of less prominent figures; when visitors touch a subject in the work, they will be able to hear excerpts from JR’s interviews, and hear their tale.

“I think we all have a dream of being able to tap on each other’s shoulder and ask, ‘What’s your story?’” the artist told the San Francisco Chronicle recently. “What’s fascinating is, from the richest San Franciscans to the poorest, everyone has a story.”

To understand JR’s own story a litlte more clearly, order a copy of JR: Can Art Change the World?, here.