Patrizio di Massimo - Why I Paint

Painting is not the only medium Patrizio Di Massimo is well acquainted with. Although he fell in love with the work of Picasso, Giorgio de Chirico and Salvador Dali when he bought his first modern art book as a teenager, Di Massimo’s early efforts were mostly executed in video, photography and performance. One of the first, timid appearances of painting in his work took place in a group show at FormContent in London in 2008, where he exhibited a small charcoal on canvas depicting a profile of a head on a plinth – a work that in the darkness of the room could have been easily confused with the brick wall on which it was hanging, were it not for the slim wooden frame around it.

This early  demonstration was followed a few months later by a more imposing, albeit completely different presentation, this time on an actual plinth, of an apocryphal painting by Mario Schifano purchased at a flea market in Rome. A subsequent trip to Libya, Schifano’s home during Italy’s ill-fated experiment at imperialism, resulted in a series of drawings inspired by colonial iconography; but it wasn’t until 2009 on the occasion of his degree show at the Slade School of Art in London – when Di Massimo showed a series of male figures loosely adopting fascistic mannerisms next to one of women and aptly named after Picasso’s aphorism (‘As every artist I am first of all a painter of women’) – that painting began to claim a central role in his practice. Di Massimo’s combined interest in personal and collective history, along with a soft spot for the twisted side of things, is the driving force behind his body of work. Here, the Vitamin P3-featured painter tells us what interests, inspires and spurs him on. 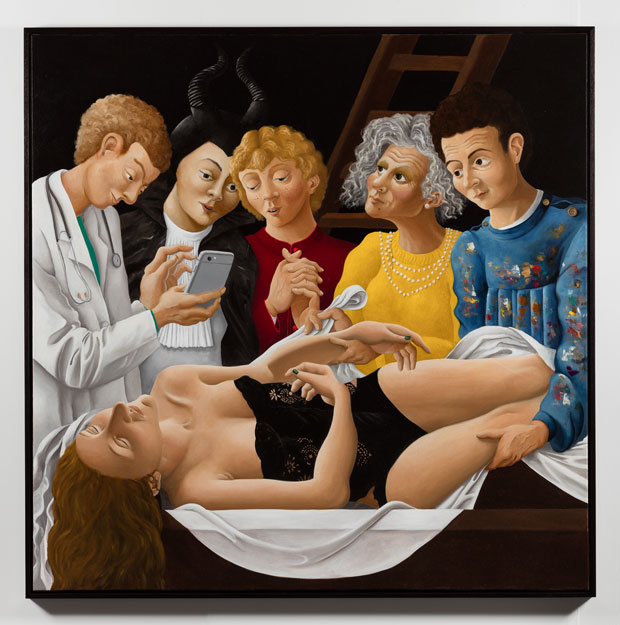 Who are you?  PDM. I was born 33 years ago in Jesi, a town in the middle Adriatic Italian cost. I live in London, which I came to in 2007 and I am a painter.

What’s on your mind right now?  I am working on a new series of oil on canvases with mars black backgrounds. Figures standing out in contrast with dismayed and ecstatic eyes. I'm thinking about how to canalize the constitutional element of every human being within a picture and how the relationship between beauty and grotesque, realistic and exaggerated informs this. I think of contemporary formal possibilities in order to rehabilitate practices of visual story telling and restore the painting ancient function of illustration and rhetorical persuasion. To do this I constantly research techniques and visual tropes so to reference and interrogate the tradition of painting itself, aiming to push it further. 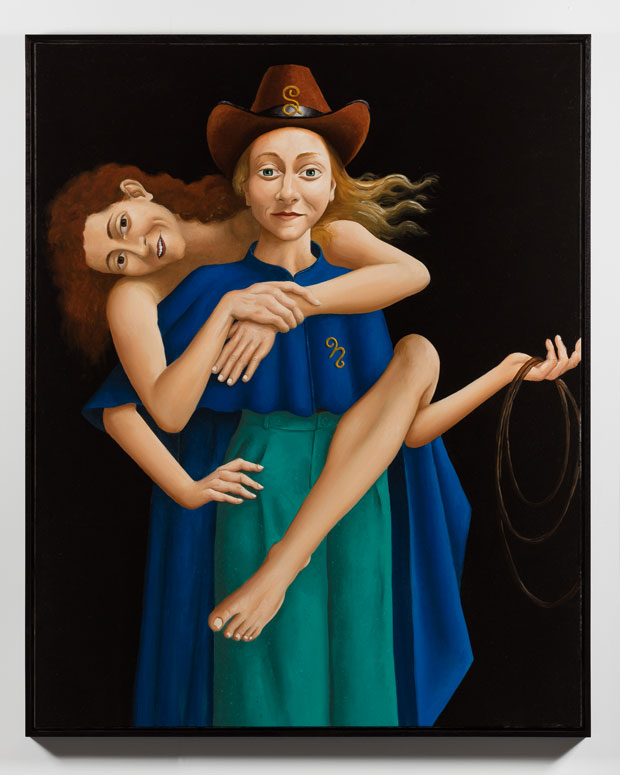 How do you get this stuff out?  I don’t have a method to follow that always works and I am self taught, which makes every painting an experiment. Lately I've been beginning with a found image that appeals to me as a reference and I begin to draw it on the canvas with fluent strokes keeping my sign free and unaltered by thoughts or judgments. Then I paint in monochrome, mixing blue ultramarine and raw umber. At this step I change shapes and proportions, cut and paste elements, add and remove figures. When the underpainting is finished I start adding glazes of colours to render skin, fabric and textures in translucent paint. Many changes occur at this stage as well and details are added which end up giving meaning to the painting. At the end there is a very big gap between the original intention and the final image. It's as if the stuff wanted to come out that way and I needed to find solutions for this to happen. 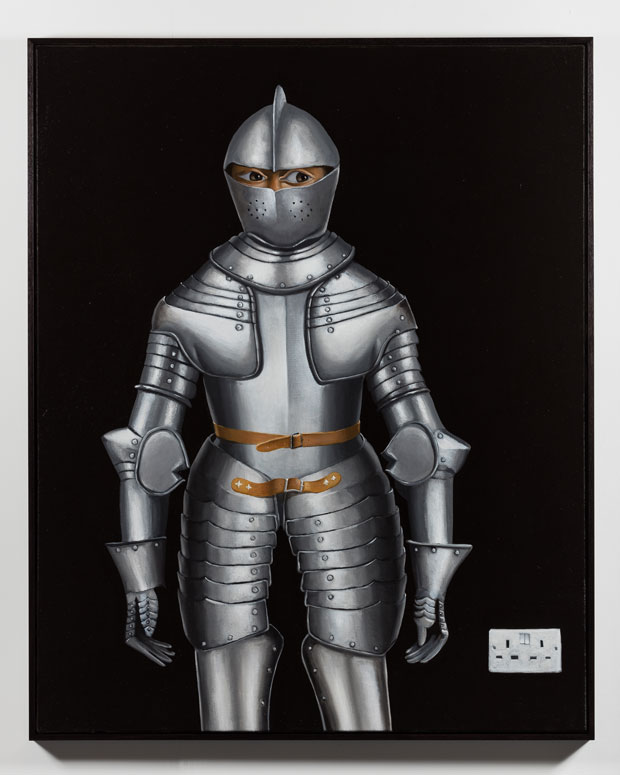 How does it fit together?  I have a feeling when the image I am working on is a good one even if at the beginning it still lacks many elements and meaning. If I feel so I have to trust my instinct and continue working even if I still don't like what I have in front of me. Those elements of changes that will give sense to the work might arrive after many days and many changes; so it's important I indulge in keeping faith. Sometimes it’s the tiniest element, like the position of the eye balls or a flower on the ear, that makes everything fit together and all the elements merge into one - and this is beautifully unpredictable!

What brought you to this point? A lot of work and perseverance. I fell in love with painting during my teenage years looking at Picasso, De Chirico and Bacon. I was painting all the time back then in my parents basement. Then I stopped for five or six years during art schools (both BA and MA) pursuing new media. But at some point I felt unhappy with my practice and inside me I knew I was missing painting. Restarting wasn't easy because it took lot of time, dedication and a different working method. Many people didn't understand me, but now it seems clear also to them, I think. 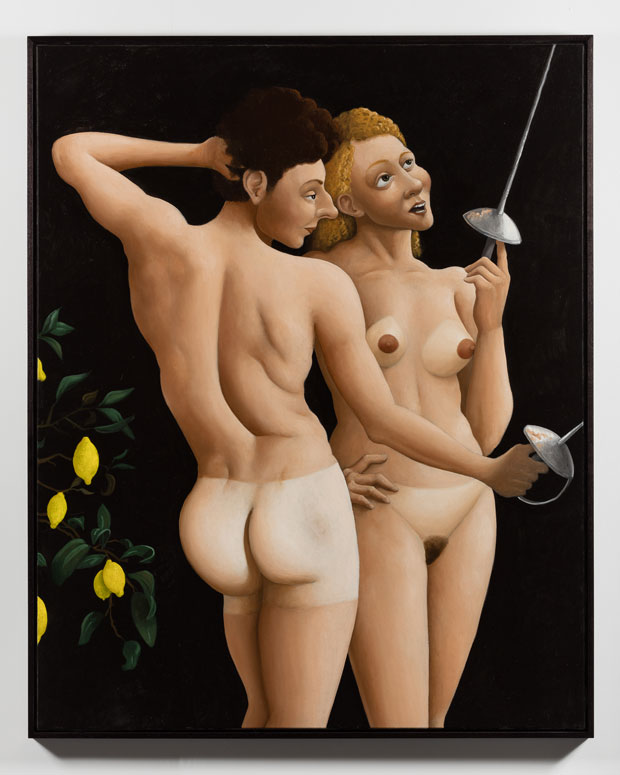 Can you control it? As far as I am controlled by it. When the best things happen I have the sensation I haven't done it myself and therefore I had no control over it.

Have you ever destroyed one of your paintings?  Every painting is a layered cemetery of images that I destroy in order to get to the final one. I work on one painting at the time and never leave it until I am satisfied with the result. It's a bit obsessive but it's the only way I can do it. Inversely, I also happen to rework some paintings by other artists that have been destroyed, as I did recently with a portrait by Otto Dix that went missing during WWII. 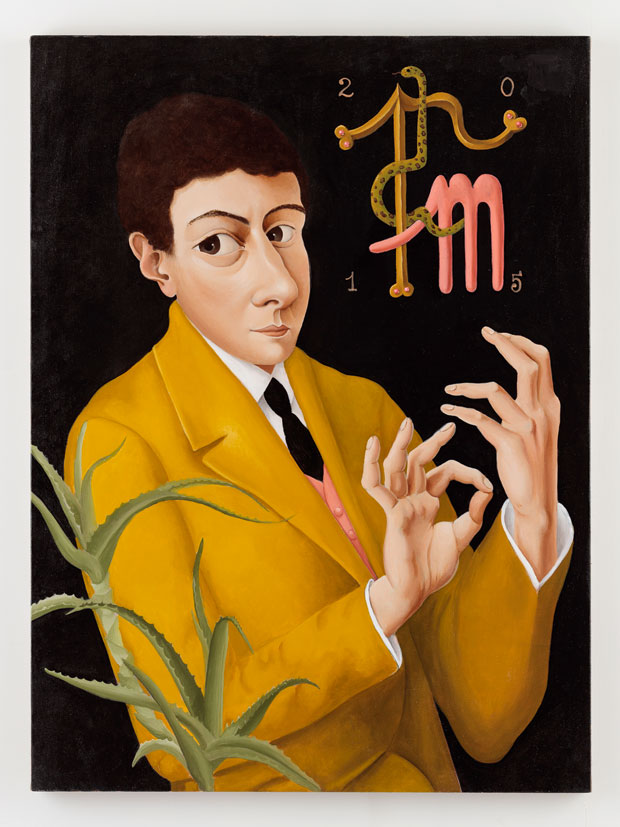 What’s next for you, and what’s next for painting?  For me it is painting - I have entered this path to make it long and lasting and can't wait to see the developments. Next for painting is the future as it is the only immortal of the visual arts, the one and only that owns the specificity of Art. At some point there will be a 'History of Painting', and not a 'History of Art', and what it will represent will be a total non-linear writing in which the a temporal medium will be crossing centuries like the soul does with reincarnation, going back and forth, and not from A to B. Painting is beyond the avant-garde. 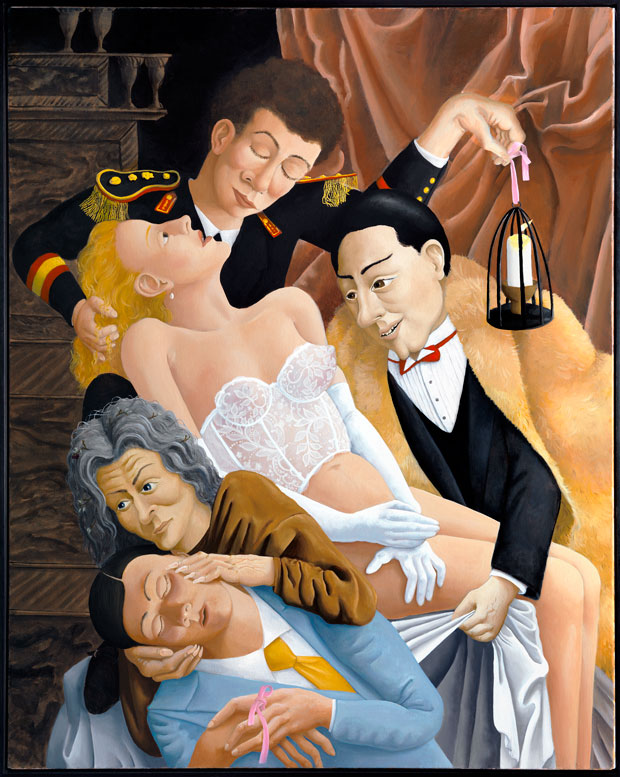 Find out more about Vitamin P3 New Perspectives In Painting here. Check back for another Why I Paint interview with a Vitamin P3-featured artist tomorrow. Finally, be sure to check out more of Patrizio's work at T293 Gallery.