What did David Bowie write on this design classic?

David Bowie’s grasp of popular culture was unparalleled when it came to popular music, yet, as we have subsequently learned, his taste in deisgn was pretty hard to beat too. Sotheby’s are auctioning 100 interior design items from the late musician’s estate on 11 November, in its Ettore Sottsass and the Memphis Group themed sale.

With low estimates beginning at £60 for a Memphis-style ashtray, the auction appears to be well within reach of modest design collectors. However, a little background research always helps when acquiring and appreciating works such as these. Here are a few lines from Phaidon design titles, to help guide you through the sale. 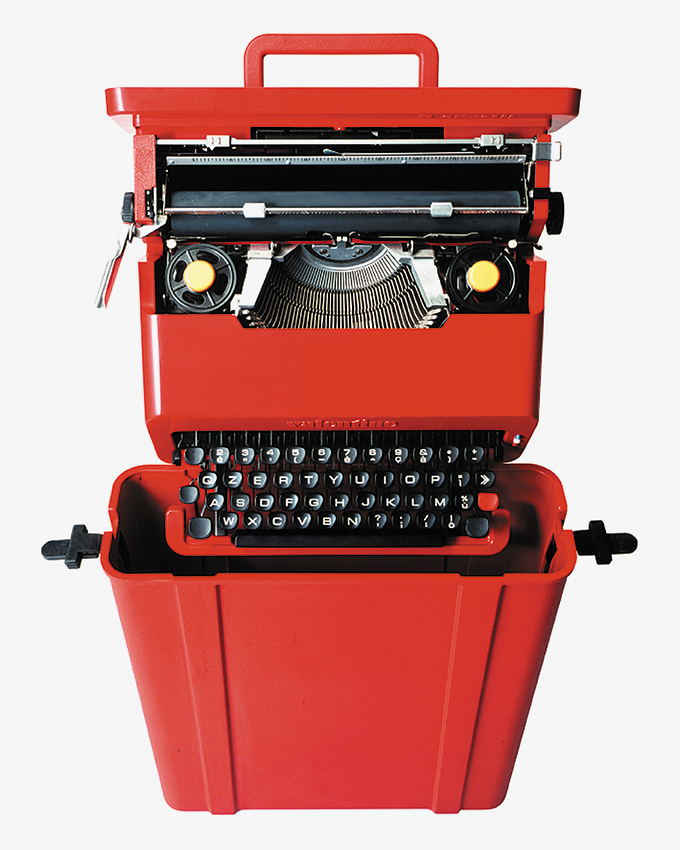 Valentine portable typewriter, designed in 1968-9 by Ettore Sottsass with Perry King. Estimate: £300 - £500. From our Sottsass book

Valentine typewriter by Ettore Sottsass with Perry King  Is this the typewriter Bowie used to write his lyrics? It's certainly an apt choice for the singer, as it was a machine designed for poets, rather than bureaucrats. “In the revolutionary year of 1968, when Sottsass convinced Olivetti to manufacture a portable typewriter with a bright red body, named the ‘Valentine’, he suggested that this was a machine that was designed to keep poets company on lonely weekends in the country," writes the Design Museum’s director Deyan Sudjic in his book, Ettore Sottsass and the Poetry of Things.

“Perry King, Sottsass’s English assistant who worked with him on the design of the machine, has suggested that the decision to embellish each typewriter spool with an orange plastic lid, with a circular tip at its centre, was intended to be a suggestion of a nipple, contrasting in colour with the body of the machine in the manner of one of Tom Wesselmann’s Great American Nudes." 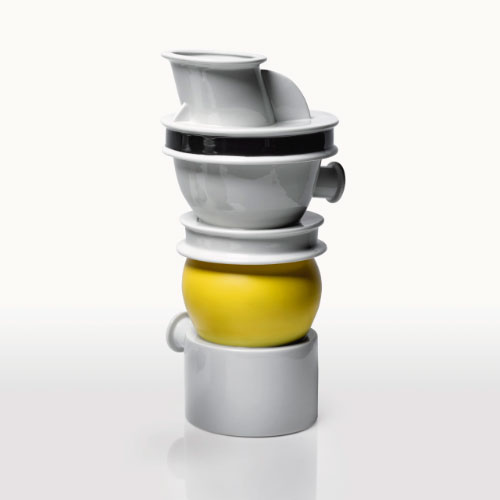 
Euphrates vase by Ettore Sottsass  Sottsass’s Memphis group was, of course, named after the 1966 Bob Dylan song Stuck Inside of Mobile with the Memphis Blues Again, which the designers all listened to on the evening they met, in December 1980. However, Memphis in Sottsass’s mind not only conjured up the modern Tennessee city, and cradle of rock ‘n’ roll, but also Memphis, the ancient Egyptian city. This dual meaning shows how both modern and antique influences played upon his work.

“References to the distant past, echoing his passion for archaeology, ancient history and pre-history, are everywhere in Sottsass’s work, particularly from the early 1980s onwards,” writes the design scholar Philippe Thomé in our Sottsass book, “from vases with titles like Salomé, Cleopatra and Euphrates, to an entire show of mirrors dedicated to Sappho.” 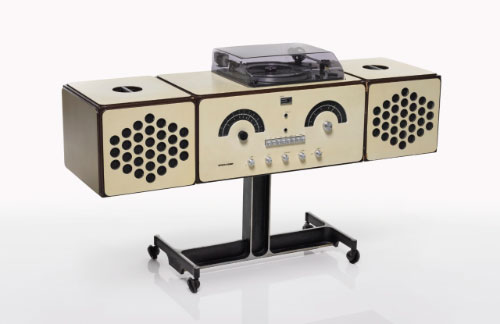 
Radio-Phonograph rr126 by Achille and Pier Giacomo Castiglioni This might look pretty extreme by today’s standards, yet for mid-century Italian design, the Castiglionis’ integrated radio-phonograph, rr126 was, “celebrated for its practical qualities, restrained styling and rigorous detailing,” writes Sergio Polano in our book dedicated to Achille Castiglioni, “It soon became a classic of the period.” 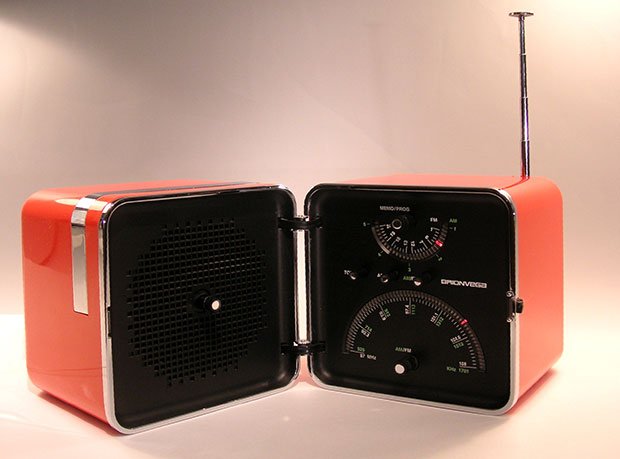 “Zanuso and I thought very differently, but our dialog was always stimulating and resulted in interesting things,” recalls Sapper in our book. “While his thinking had a strong artistic dimension, my own background was technical and I was primarily concerned with practicality. While he looked at the form, I always tended to reflect on the structure of a thing and how it should function, or whether it moved and, if so, how it should move.” 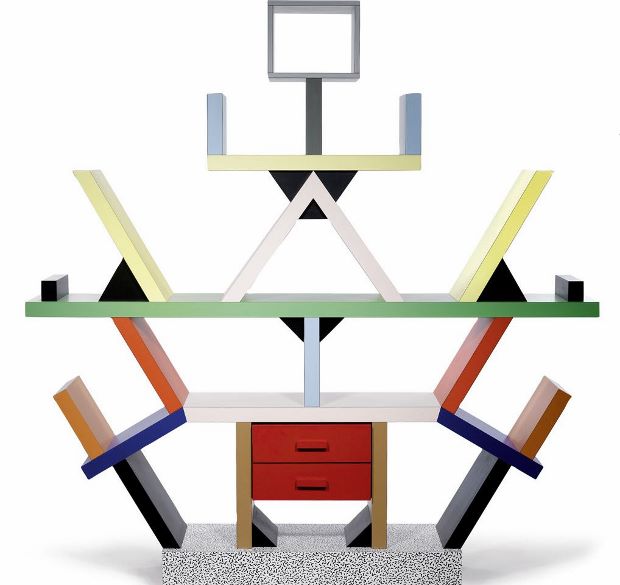 Carlton room divider/bookcase by Ettore Sottsass Sottsass’s Carlton piece, an archetypical Memphis piece from 1981, commands the highest estimate in next month’s sale, and also represents the apogee of the design movement. In fact, some even regard the figure picked out at the top of the Carlton as Sottsass himself, a lonely titan of the late 20th century design world.

Here’s how Francesca Picchi describes the designer’s later career, post-Memphis, in our Sottsass book: “Sottsass carried on alone with his communicative actions, experimenting with material both sophisticated and commonplace while constructing the greatest story ever told in terms of poetics of space focused on the state of human frailty and our inexhaustible need for freedom of expression, like the little man seems to be saying from his perch at the centre of the Carlton bookcase - cornerstone of the Memphis collection - a new Atlas called upon to shoulder the weight of the entire heavens as punishment for having dared to rebel against the fragility of human destiny.”

For more on Richard Sapper order this excellent book; for more on Achille Castiglioni get this one; for more on Sottsass consider this thorough career retrospective, and the biography, Ettore Sottsass and the Poetry of Things by the writer and Design Museum director Deyan Sudjic.