The 67-year-old American artist Alice Aycock found fame in the 20th century with a series of big, abstract sculptures and installations. As we put it in Land and Environmental Art, "she has been exhibiting since the early 1970s, and is primarily known for large-scale semi-architectural and machine-like projects which address the interaction between structure, site, materials and viewer's responses."

Some of these sites, such as the Storm King Art Center in Mountainville, New York, the campuses of American universities, or the cavernous spaces within the country's international airports, are the sorts of places you expect to see such work. 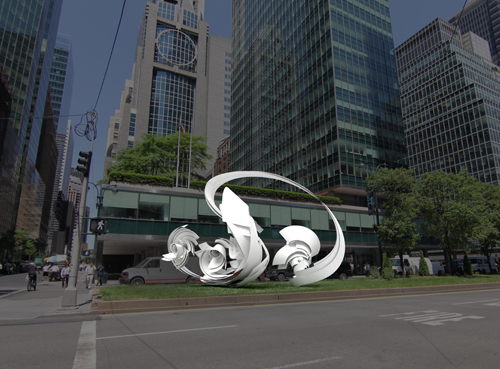 However, New Yorkers will have to get used to seeing one of their main thoroughfares converted into an outdoor gallery for the next few months, as Aycock's Park Avenue Paper Chase goes on show.

The site is, as Aycock told the New York Times, a bit daunting; "this is like the Piazza San Marco of New York." Nevertheless, her series of seven enormous aluminium and fibreglass sculptures, entitled Park Avenue Paper Chase, rise to the occasion.

The works, unveiled on a stretch of the avenue between 52nd and 66th street earlier this week, are, according to the artist, "the metaphorical visual residue of the energy of New York City." 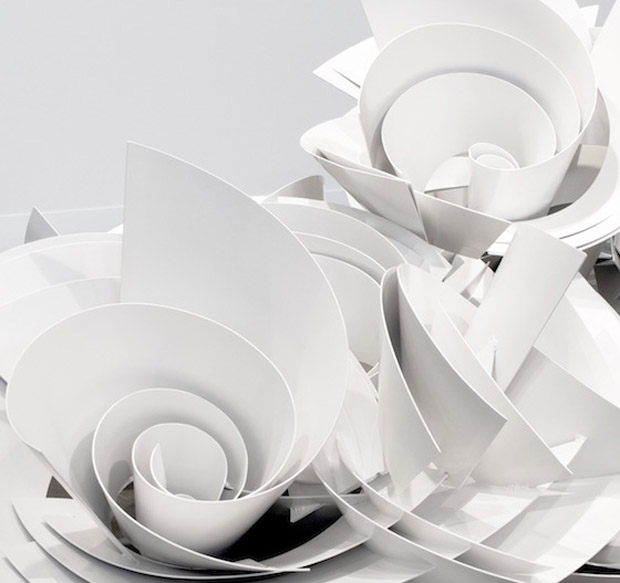 "For the Park Avenue project I tried to visualize the movement of wind energy as it flowed up and down the Avenue creating random whirlpools," she explained in an accompanying statement, "touching down here and there and sometimes forming dynamic three-dimensional massing of forms.

"The sculptural assemblages suggest waves, wind turbulence, turbines, and vortexes of energy. One of the works, in particular, references the expressive quality of wind through drapery and the chaotic beauty of fluid/flow dynamics. As much as the sculptures are obviously placed on the mall, I wanted the work to have a random, haphazard quality-in some cases, piling up on itself, in others spinning off into the air." 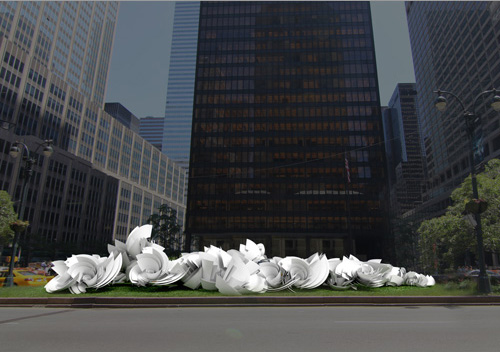 While the pieces are static, it's not hard to see why these scooped, billowing forms might bring to mind the civic dynamism America's biggest city. You can see them for yourself on Park Ave until 20 July; find out more here.

You can also read more about Alice Aycock in our book, Land and Environmental Art, and, if you want to understand public art in the Americas a little better, pick up a copy of our book, Art & Place - Site-Specific Art of the Americas. You can read an interview with its editor, Rosie Pickles, here.