Furniture brand Vitra plays host to the cream of the crop past and present. It produces seating by pretty much all the greats, including Verner Panton, Charles & Ray Eames, Jean Prouvé, Jasper Morrison, Edward Barber and Jay Osgerby, Frank Gehry, Ron Arad, Hella Jongerius, Antonio Citterio and Konstantin Grcic. Keen readers of this site will know that Phaidon has books on many of the above - and that pretty much all of them are featured in our diminutively packaged (and priced) design bible, The Design Book.

French brothers Ronan & Erwan Bouroullec have been coming up with designs for the 64-year-old family-run Swiss business for several years now. And they’ve just added to their Alcove range of upholstered seating, with a comfortable-looking sofa called Plume. The signature design element of the Alcove range is its quilted frame, so that no tubular steelwork is on show - instead users and viewers alike are just treated to a wall of soft padding. 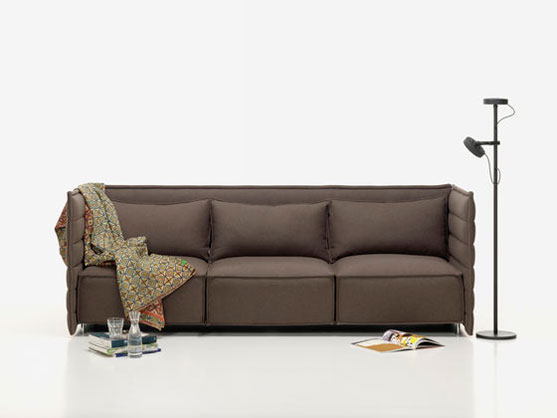 Plume comprises a low-slung two- and three-seater and fauteuil, in contrast to the high-backed original Alcove pieces (featured in their book Works) beloved by workers looking for a quiet space away from their desks. According to the brothers, “the thick seat cushions (of the entire Alcove range) provide adequate support without sinking in too deep, combining quilted side and back panels to create a cosy and restful nest”. Sounds pretty much perfect for curling up with a Phaidon book in. 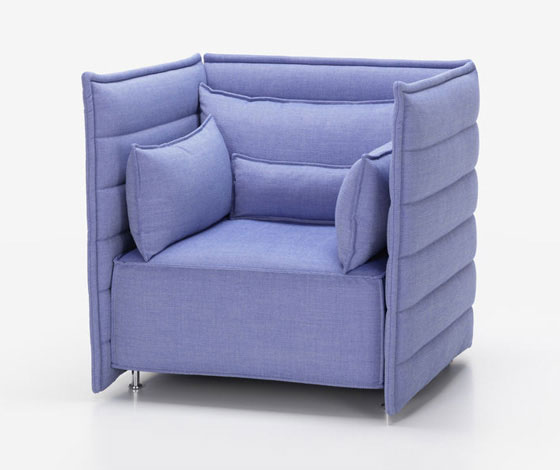 Vitra is keen to appeal to home-owners with Plume and is marketing it under its ‘living’ sub-brand. However, despite the more conventional back height, it wouldn’t look out of place in a workplace, perhaps one of those break-out spaces in a creative hub somewhere edgy. Particularly if it was specified in one of the more vibrant colours: avocado or turquoise, say. Check out more beautiful work by the Bouroullecs in our book with them called Works.