How JR won over François Hollande

Here’s why the artist, who was once treated like a criminal, was joined by the French president at his opening

When JR first began to photograph and paste-up images of kids from the poorer Parisian suburbs, his work was not entirely welcome. Back then, prior to the riots of 2005, his attempts to humanise the city’s disenfranchised residents in works of public art was seen more as a nuisance than an asset.

How times change. Last weekend, the artist was joined by the French president François Hollande, and Xavier Lemoine, the mayor of the troubled Parisian suburb of Montfermeil, who once filed a complaint against the artist, at the opening of his monumental new photo work, Chronicles of Clichy-Montfermeil. 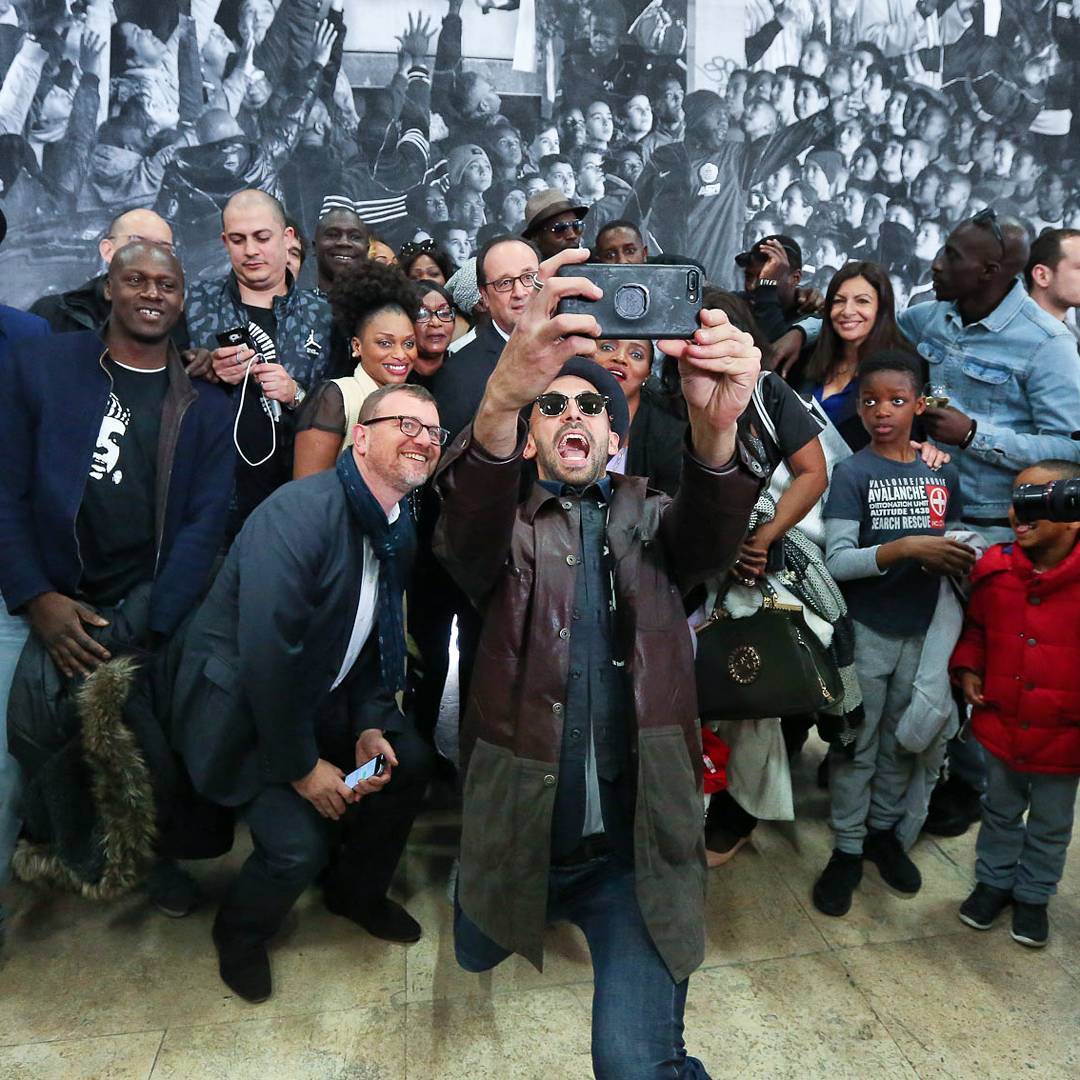 This 150-square-metres work commemorates the 2005 riots, trigged by the deaths of Zyed Benna and Bouna Traoré, two local teenagers electrocuted in a substation as they fled from the police. The new work features Bouna's elder brother, as well as 750 other inhabitants of Clichy-Montfermeil, re-enacting events from 12 years ago.

“This fresco forms an image of Clichy-Montfermeil made up of portraits of different generations who have seen the utopia of this neighbourhood fall apart,” said JR. “It is a portrait of those who strive to put poetry back into cement.”

Inspired in part by the Mexican muralist Diego Rivera, and working with his long-time collaborator Ladj Ly, JR and his team started work on the piece last summer, shooting the locals in front of green screens, before adding the urban background. 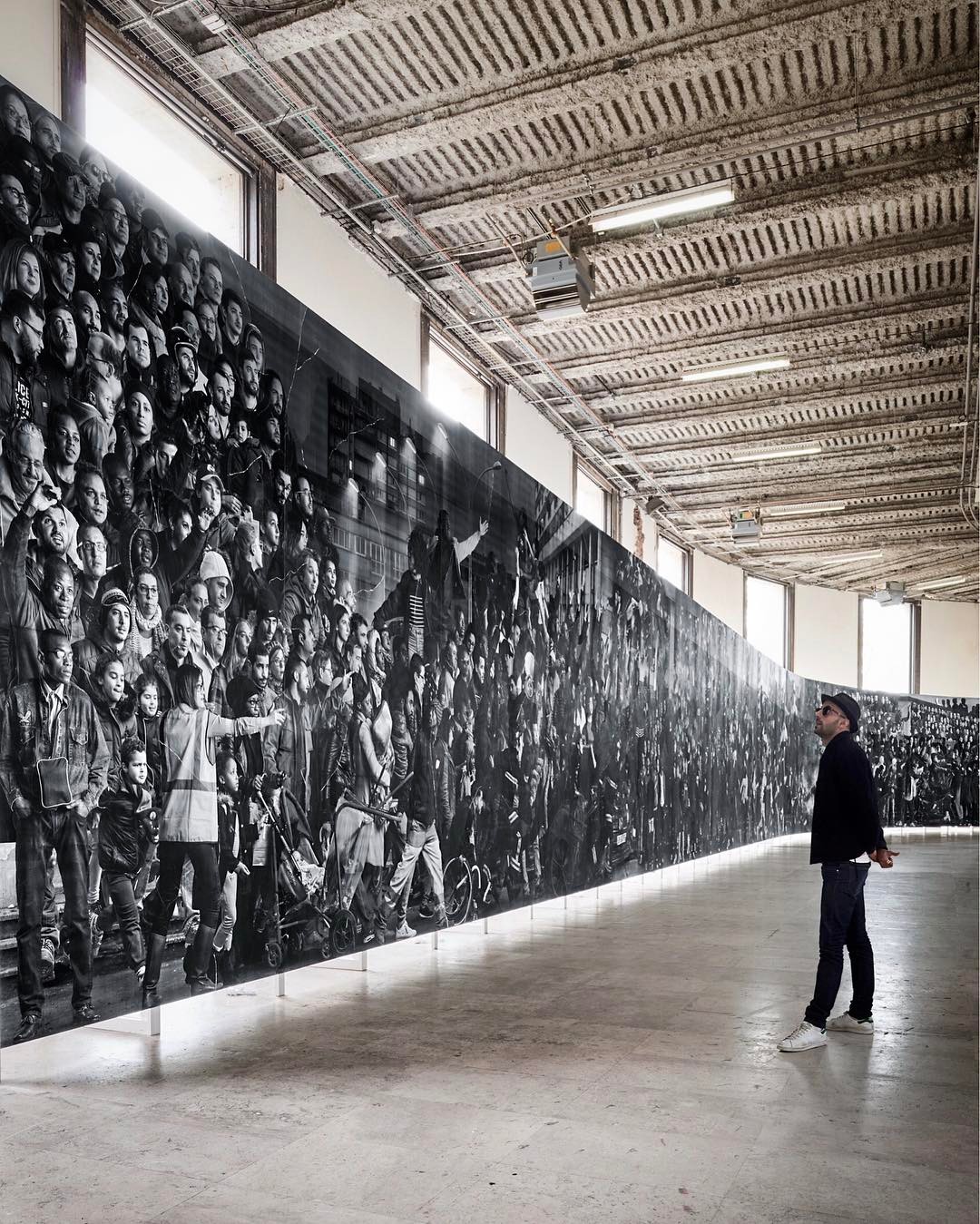 JR beside Chronicles of Clichy-Montfermeil. Image courtesy of JR's Instagram

Chronicles of Clichy-Montfermeil will be on show until 13 April at Paris’s Palais de Tokyo, after which it will be permanently installed at the Cité des Bosquets  in Montfermeil, this time both Lemoine and Hollande’s full approval.

To discover how JR went from Paris’s suburbs to the heart of the artistic establishment order a copy JR: Can Art Change the World? here.