To mark the cultural theorist's recent death, we look back at Different - Hall's book on marginalized photographers

The recent death of the great Jamaican-born, British-based cultural theorist Stuart Hall made us turn back to our 2001 book, Different, which he put together with Mark Sealy, director of the black British photography institution, Autograph ABP.

In the book, Hall set out to show "a sample of the striking photographic images produced in an explosion of creative work since the mid 1980s, by an artist culturally or geographically marginalized from the centres of power and authority." 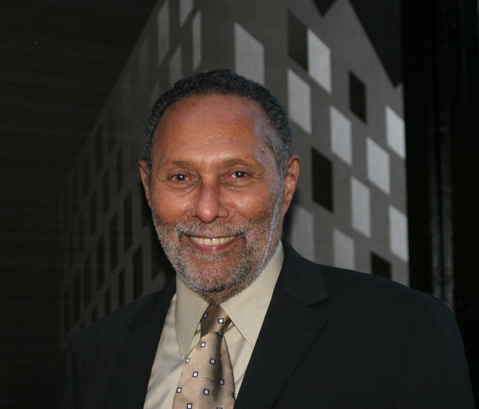 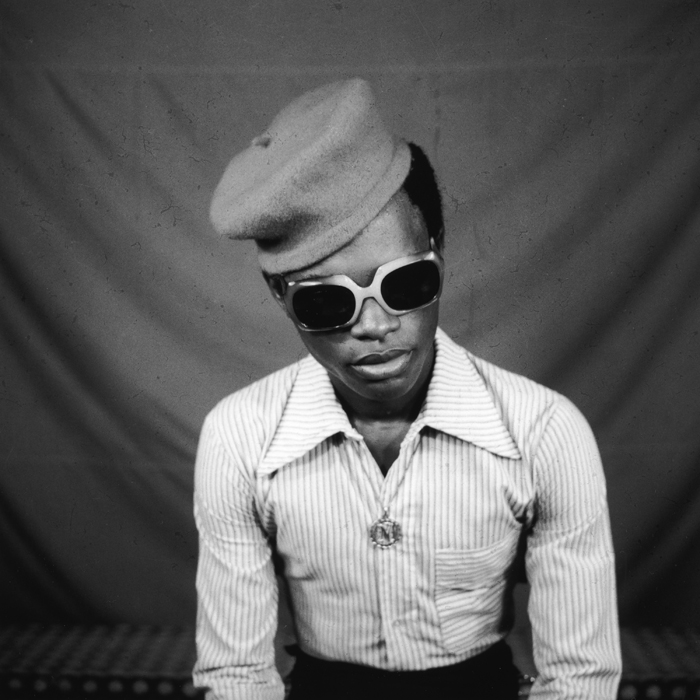 Yet it was the section on the Cameroonian photographer Samuel Fosso that we turned to. Fosso is best known for his self-portraiture, wherein the photographer takes on personas somewhat like Cindy Sherman. He made the headlines earlier this month, when looters raided Fosso's studio in Bangui, in the war-torn Central African Republic.

Here's Hall on Fosso: "Born in Cameroon in 1962, Fosso undertook a difficult odyssey to many parts of Africa before becoming an apprentice photographer. By 1975 - still in his teens - he opened his first commercial studio - Studio Photo Nationale - in Bangui, in the Central African Republic. The idea of the self portrait came to him, he says, very early on - so as not to waste time from his commercial work: and he began striking unusual poses before his camera - as he puts it, 'pour le plaisir' (simply for pleasure). These black-and-white studio self-portraits form the centerpiece of the work. In 1994, he participated in the Afrique en Créations show at Bamako, winning the first prize for photography, and has since been exhibited internationally, though he continues to live and work in Bangui." 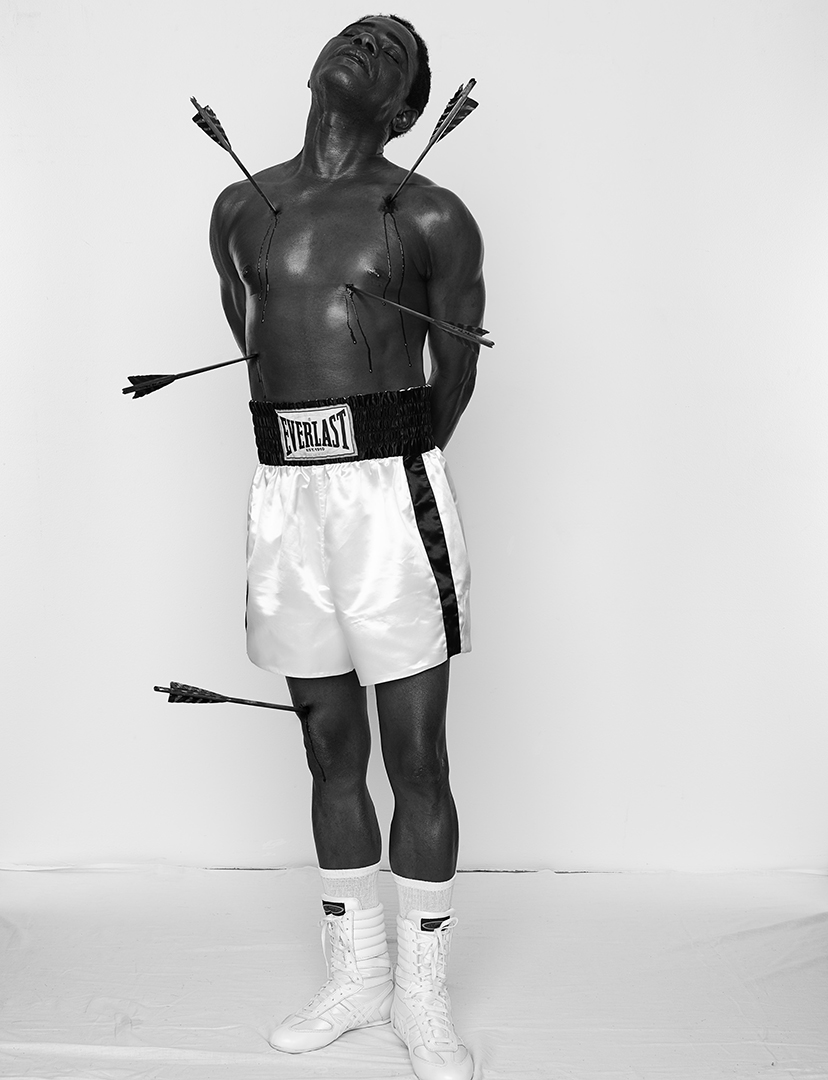 Hall goes onto describe Fosso's pictures as "carefully staged, ironic self-performances. He loves to 'dress-up' in fashionable gear - dark glasses (sometimes with hearts in their centre), bell-bottom trousers, floral or silk shirt open to the waist, a fez or sailor-boy cap at a rakish angle, striped swimming trunks and white gloves, in a judo kit, arms crossed, or wearing high-heeled, calf-length, platform boots." 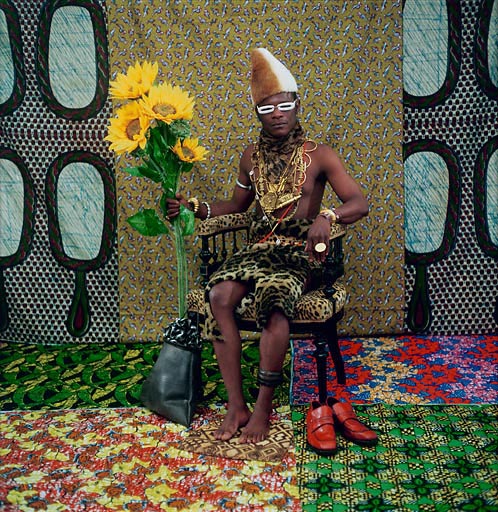 Thankfully, many of Fosso's admirers were able to save some of his archive, and preserve his distinctive photographic legacy, just as Hall's work lives on in his books like Different. To pick up your copy, buy it from the people who made it here.