Describing a Matthew Barney work is a bit like trying to encapsulate a half-forgotten dream, albeit one filled with great performances, stunning visual motifs and high-minded symbolism.

Barney, an American artist who prefers to describe himself as a sculptor rather than a filmmaker, is best-known for his Cremaster films, wherein he reassembles biological data, pop-cultural detritus and urban legends into the kind of surreal feature films that don't fit well into an IMDB.com plot summary - even if they do impress both art and film critics around the world.

So, what should we make of the news that the Phaidon artist Lawrence Weiner will join Hollywood star Maggie Gyllenhaal and Paul Giamatti, author Salman Rushdie and talk show host Dick Cavett, among the cast in Barney's new work, River of Fundament which premiers this week at the Brooklyn Academy of Music?

Well, the work is "a contemporary opera that combines documentary footage of three live acts performed in outdoor environments in Los Angeles, Detroit, and New York, with live action cinema, largely set in a careful recreation of Mailer's Brooklyn brownstone apartment where the late author's wake is underway." 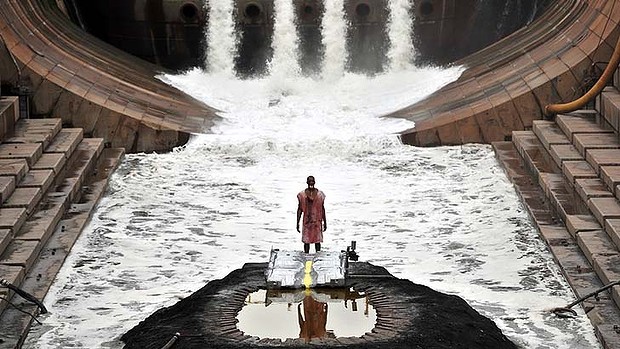 Got it? As The New York Times explains, the opera draws its inspiration from Ancient Evenings, by Barney's late friend and collaborator the novelist Norman Mailer. Mailer's story is set in a highly sexualized version of the ancient Egyptian pantheon, and describes the reincarnation of a nobleman via an underworld river of excrement.

Barney featured cars in his Cremaster Cycle, and cast well-known artists alongside more conventional actors. Weiner was included as he was a friend of Mailer's, and so a good choice for a wake guest. "I was on the scene as a kid and so I could get into Mailer's parties," Weiner told the New York Times in a piece about the new work. "The house was pretty close to a replica, and the people all sort of looked the way they looked back then."

Mailer's own son, John Buffalo Mailer, plays his father, which is, Mailer Jr says, quite a trip. "It was so mind-bogglingly profound on so many levels," he told the paper. "I'm playing the afterlife version of my father in a one-to-one re-creation of my childhood home." 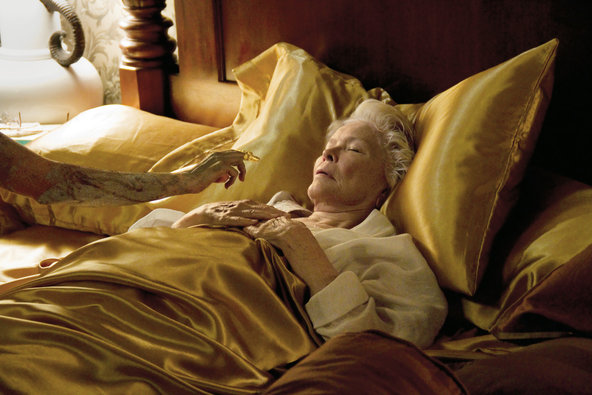 Even for those more used to on-set weirdness, River of Fundament was pretty challenging. "We walk into the studio and there's this decaying pig and maggots in the food," Maggie Gyllenhaal recalls. "It smelled so bad I thought I was going to pass out. Then we start doing the scene. There are these women singing, and the camera is going around the table, and Matthew comes in and says, "Can you guys be a little more natural?" I didn't know what he meant. Natural, as in natural, or natural for a Matthew Barney movie? After that it became some wild, crazy experience. At the time, I was also shooting 'White House Down,' which could not be more different."

New Yorkers can find out just how different this Wednesday (12 Feb) when it premiers at the Brooklyn Academy of Music, while Londoners will have to wait until June, when River of Fundament opens at the English National Opera. For more on this, read the NY Times piece. For greater insight into Barney and his peers, consider our book, The Artist's Body, and for insight into Weiner's career pick up our great monograph.