Last summer Brazilian street artist Eduardo Kobra made quite an impression on the US coasts - in Manhattan with his huge mural of Alfred Eisenstaedt's photograph VJ Day in Times Square (the photo of the sailor kissing the girl) and in LA with a similarly gigantic mural version of the iconic Mount Rushmore National Memorial. 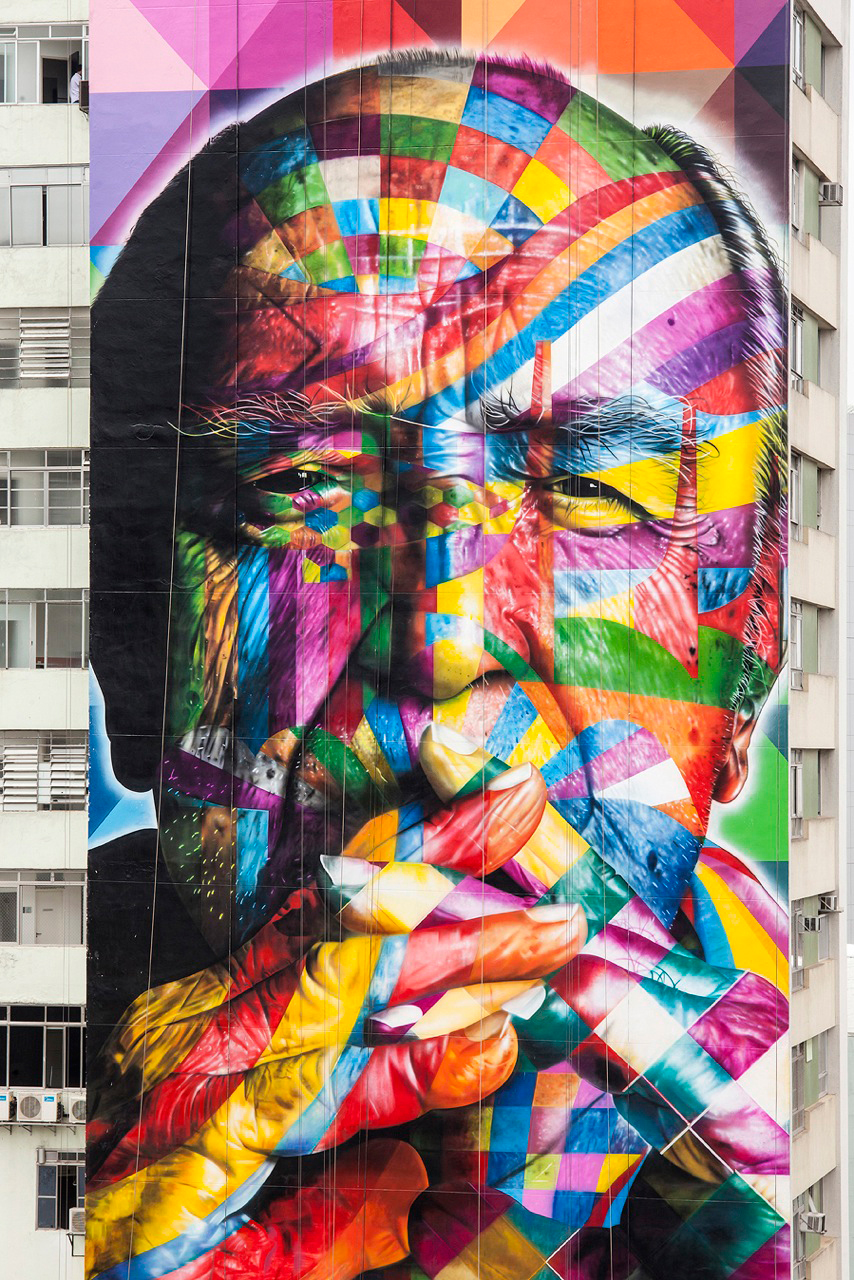 With the death of Brazil's beloved and original starchitect Oscar Niemeyer he's returned to his native Sao Paulo and created this incredible 52 metre tall piece on the side of a skyscraper on Paulista Avenue, one of Sao Paulo’s busiest streets. 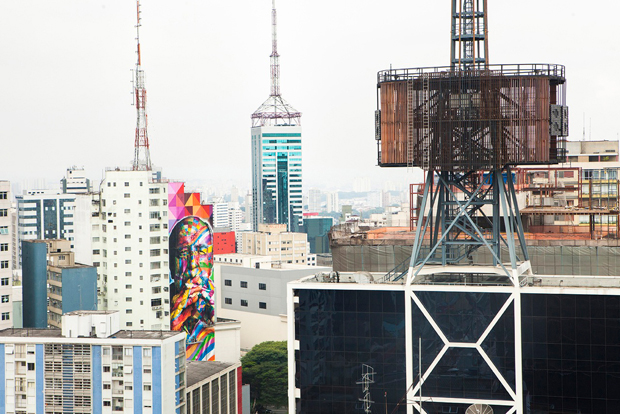 Niemeyer, as you doubtless know, died in December at the grand old age of 104. To pay his respects to the founder of Brasilia, Kobra began his tribute four weeks ago and with the help of four local artists working around six hours a day, completed it this week. You can see more images on Kobra's Flickr page and his own website and read the memoirs of the late great Oscar Niemeyer in our book The Curves of Time. 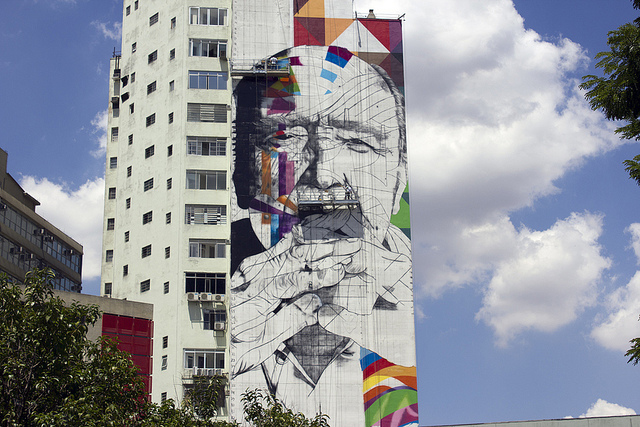