This morning we caught up with George Condo who has two shows opening next week at The Simon Lee and Skarstedt galleries in London. They’re both very different – The Skarstedt show, Ink Drawings, features (what else but) a series of ink drawings George started working on at the end of last year. Meanwhile a show of paintings at Simon Lee date from last summer and see the artist moving towards more pastel and brighter colours than we’ve previously associated with him.

Condo said that The Skarstedt ink drawings were “in a way the last hurrah” for the characters with which he’s become almost synonymous over the last ten or so years and which were originally inspired by his reading of the Aldous Huxley essay Heaven and Hell. 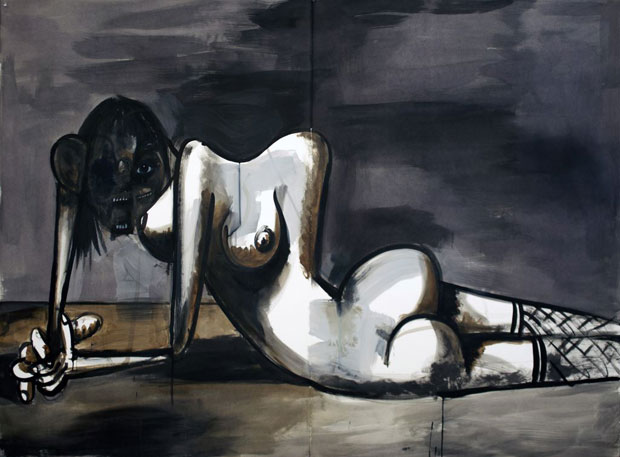 “On the peripheries of your mind there are these characters that live independently of our lives," he told us. "You never see them but you just access them. These characters appeared on the surfaces of my paintings around 1997 and I wasn’t exactly sure of what they were. They got into this cycle of life – drawings, paintings, and sculptures – and it feels like this body of work is their last."

In some of the more recent ink drawings paintings you’re starting to see a more realistic figure coming through," he continued, "a personification of a person. It’s kind of the struggle to return to what they were before they were a cartoon character.” Condo said that the ink drawings “vacillate between cubism, realism, abstraction and figurative painting” and that the characters in them were now confused, “isolated in a dark space. With little left to them, they’re ready to crawl back into the dark.” 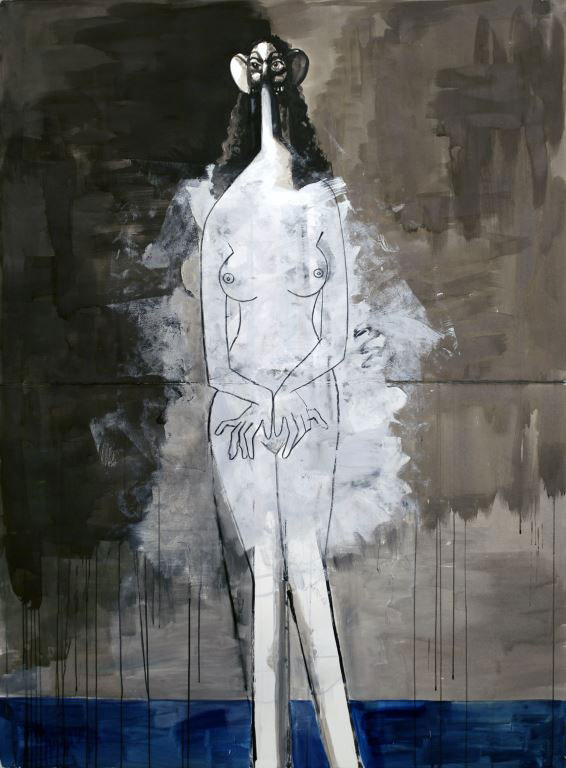 Attempting to explain their genesis back in the late 90s when he emerged onto the art scene Condo pointed to the fact that he was always “politically driven”.

“When I came out in the late 90s there was a negative impact in how governments were treating people, there was a lot of dehumanization. Life for some people in certain areas of the world was degrading and I felt there was something in empathizing with that - it’s not all about pretty faces on the covers of magazines. There’s that thing about a homeless person. Do they want you to throw them a dime or would they rather you noticed them, that they were seen or heard, and just recognized as being alive?”

The paintings showing at the nearby Simon Lee Gallery meanwhile while equally huge in scale are, in contrast, more colourful. Condo said that if the ink drawings "are kind of going back into the shadows then these are standing there in the full light of day." 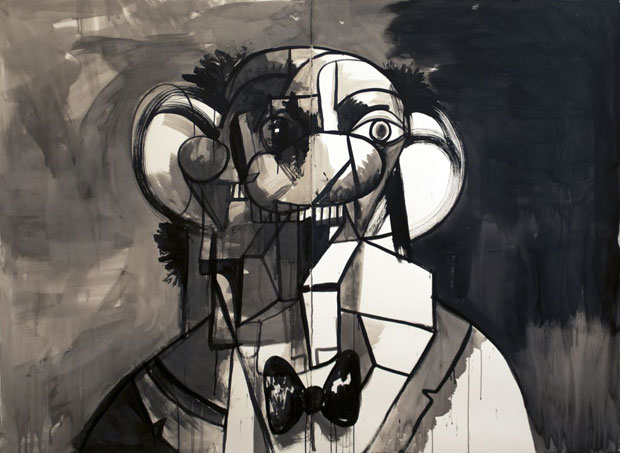 “I wanted to think in terms of light, pastel, part impressionist influences in the work and use the entire space of the canvas," he said. "They’re about wiping out the hierarchy between drawings and paintings. I love both and wanted them to be indistinguishable. There’s a different language between painting and drawing but these are all improvisations on the human figure to some degree.

“They’re not naturalistic, you can see the eyes the teeth but they’re like constellations of forms. There is the presence of somebody in there some way or another. These ones are more objective to me and maybe subjective to the viewer.” 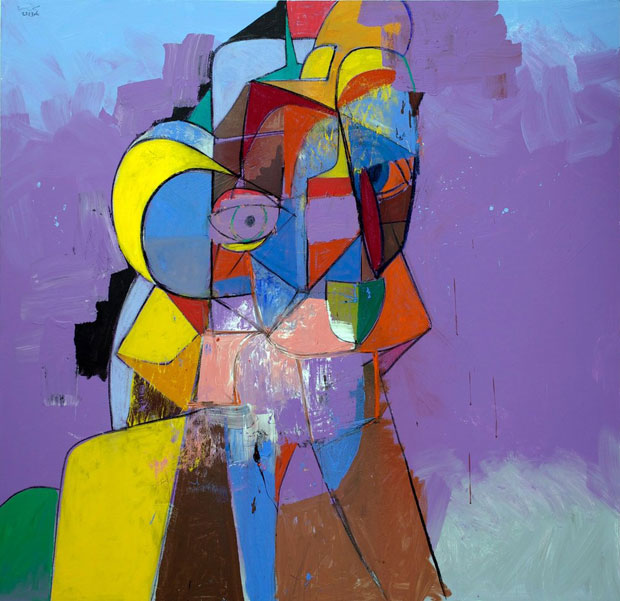 The new paintings seem related to, but a far cry from, the rather manic figures that inhabited the canvasses of his Mental States show at the Hayward in 2012. “My own emotion is transparent in the figures. It’s more about mood. You could call it Psychological Cubism. Cubists see maybe three or four sides but I was thinking about many personalities and many emotional states all at once.

These ones feel like there’s a happiness about them – I don’t know if it’s the palette but they seem hysterically happy about something rather than grimacing.” 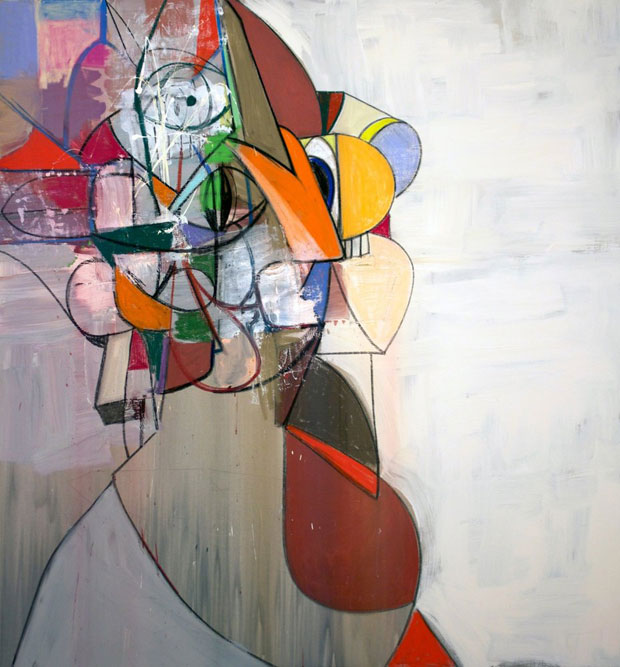 George Condo: Ink Drawings runs from February 11 to April 5 at Skarstedt. And you can see and read more about George Condo at Simon Lee Gallery's site.

You can learn more about artists like George Condo in our Contemporary Artists series, in Defining Contemporary Art and in Painting Abstraction: New Elements in Abstract Painting, new into paperback and available on pre-order. 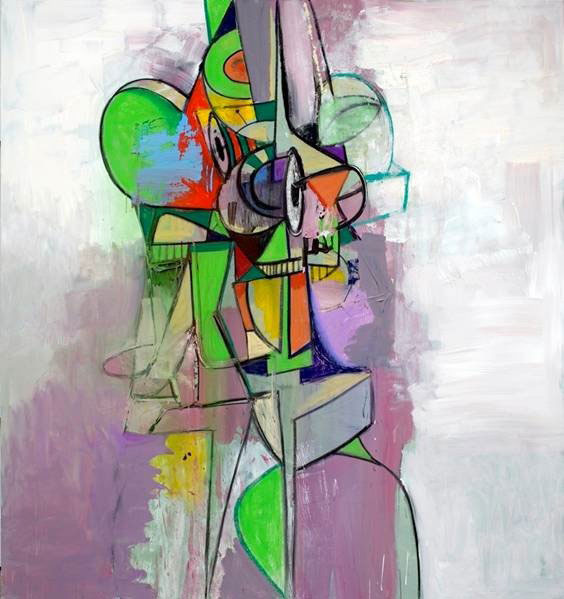