When snow fell on the Adriatic

When we looked at the weather reports coming out of the east coast today we were, for some reason, reminded of these great photos of young priests playing in the snow by the Italian photographer Mario Giacomelli.

Giacomelli had both a strikingly artistic and an atmospheric style, partly inspired by the fact that he trained as a graphic designer and typographer as a young man. He also had a lifelong love of landscape and both the linear and abstract it encompassed: fields, rural villages, cities, and all manner of attendant, everyday life came under his artistic gaze. 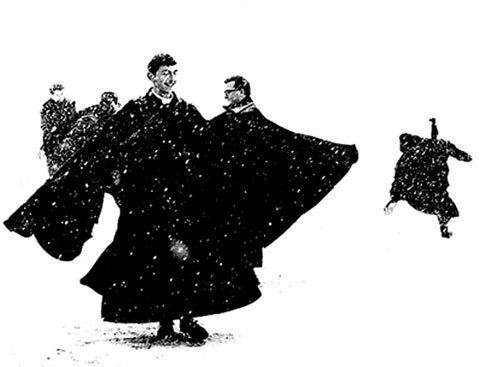 The shots here were taken between 1961 and 1963 in Senigallia, a port town of the province of Ancona on Italy's Adriatic coast. The Adriatic-effect snowfall is analogous to the lake-effect snow well known from the US Great lakes. Giacomelli gave his series of photos a number of names. The one that stuck, There Are No Hands To Caress, was actually inspired by a poem written in 1048 by Father David Maria Turoldo, entitled simply There Are No Hands.

However, while the poem is about solitude, (and young men who embrace the religious life are certainly advised to seek solitude), Giacomelli's images suggest festivity, pleasure and shared enjoyment. The contrast with the title cannot but be deliberate, though. "In the series on young priests, I found a previously unfamiliar dimension," he revealed in the book Mario Giacomelli. "I discarded the conventional rules in my treatment of the subject, to reveal the naked man.” 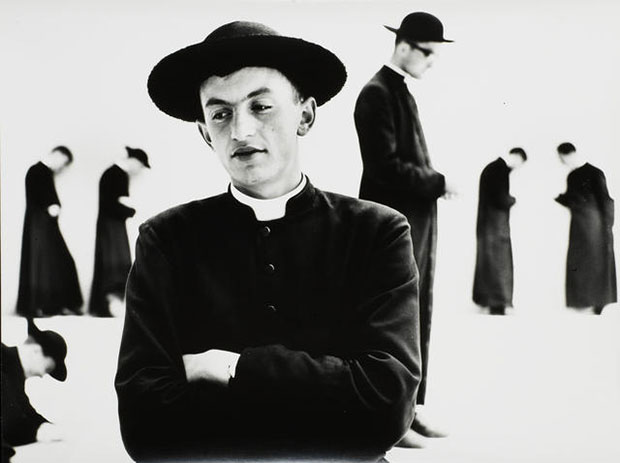 These images, originally entitled ‘Seminarians from the Marche’ or simply ‘Young Priests’, depict moments of relaxation at the episcopal seminary in Senigallia. What is striking about them is the extraordinary visual effect produced by the movement of the young men.

The hand printing has the effect of increasing the contrast, making the black of their cassocks stand out against a background that seems to be nothing but white light. Initially, in the earliest prints from the 1960s, this effect was not as pronounced, allowing traces of grass or pavement to appear behind the black figures of the seminarians. The sense of movement is accentuated by the slow shutter-speed, which produces a slightly blurred image. 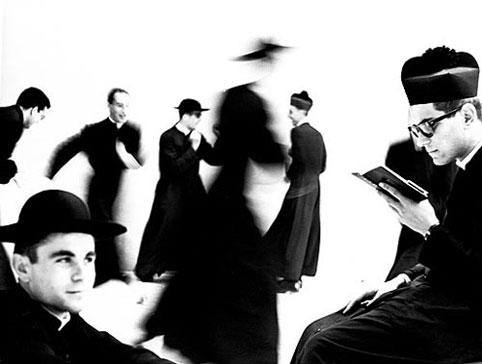 Snow was often chosen because if offered the marked contrast that the photographer was looking for and, at the same time, made it impossible to resist the desire to play. "It was snowing, and I got ready to take pictures of them making snowballs, but I told them about it beforehand," Giacomelli said. "Another time I laid on the roof while they were playing Ring-a-Ring-o-Roses." 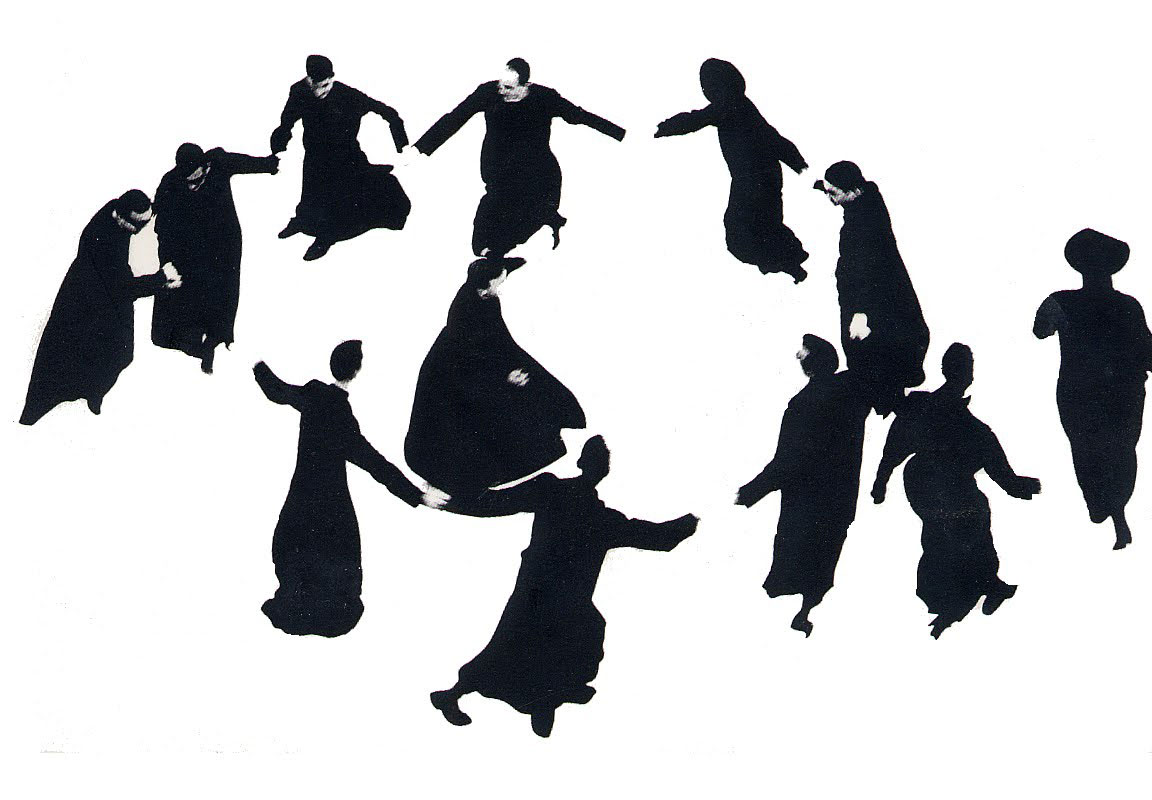 The subjects are thus placed in an unreal space, almost as if suspended in mid-air. As on other occasions, Giacomelli spent a long time familiarizing himself with the environment (in the case of these photos well over a year) and winning the trust of those he intended to photograph. In the seminary though, relationships did, in the end, become strained.

"For a photographic competition on the theme of cigars I submitted a series of pictures of priests smoking on a terrace in the open air, surrounded by smoke; they were cigars that I myself had given the priests. The rector came and found me, and sent me away," said Giacomelli. "I won an important prize, but I never set foot in that seminary again!" Mario Giacomelli is full of cute reminiscences like this and some wonderful photographs. Take a look at in the store.