It might look modern, but the noted British designer says his new table and bench collection is, in a sense, medieval

John Pawson, the doyen of minimalism, has reinvented the trestle table for a Spanish furniture company. Pawson, whose stripped-back designs have been applied to a Calvin Klein flagship store and a Cistercian monastery in Bohemia, has created a table and bench for Viccarbe in Valencia.

Called Trestle, the pieces comprises thin planks of wood perched on pairs of sturdy square legs that are positioned to form an upside-down 'v'. Or as Pawson puts it: “The design of the table and bench for Viccarbe sets a refined horizontal plane above graphically spare supports, echoing medieval functional arrangements of loose boards laid across trestles.” 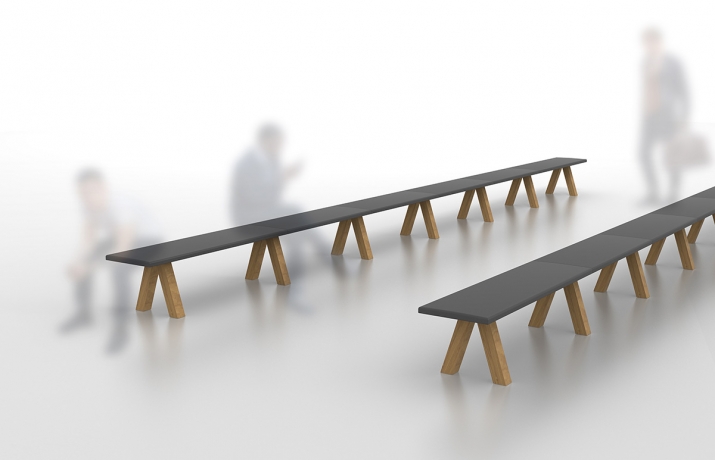 The feet are in solid oak, while the tabletops come in a range of MDF natural oak veneer tops, matt polished, in cognac, ash or wenge colour, or black, white, sandy or smoky grey lacquer.

The bench seats are upholstered in Viccarbe’s fabrics or leathers, and can come with a complementary wall-mounted backrest. The company imagines that shorter versions of the pieces will work well in stylish homes, while longer versions could be specified for waiting areas and hallways “in smart public spaces”. 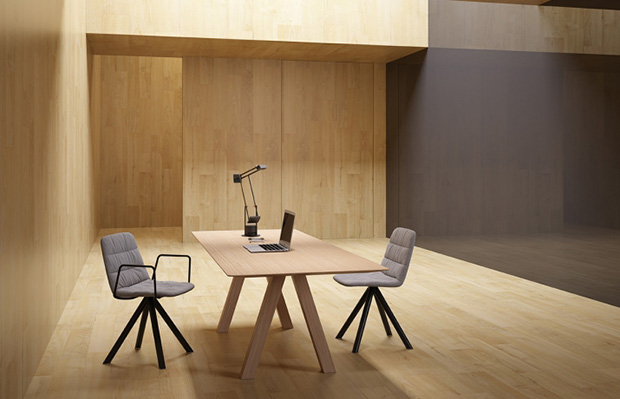 With their spare aesthetic, the pieces wouldn’t look out of place in his revamp of the historic Abbey of Our Lady of Novy Dvur in Bohemia. Viccarbe has a track record of working with interesting and high-profile creatives, so Pawson is rubbing shoulders with the Spaniard Patricia Urquiola, Naoto Fukasawa in Japan and Piero Lissoni in Italy. 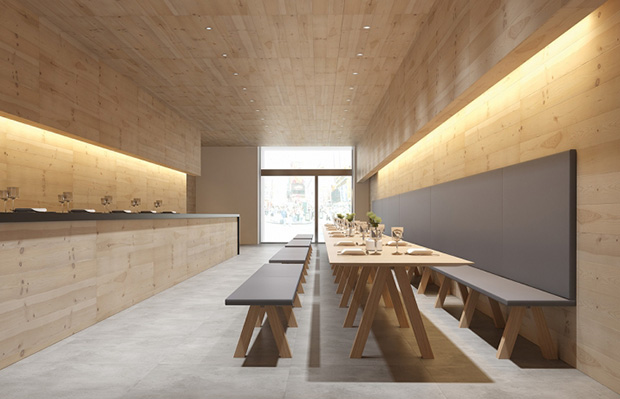 Pawson, whose studio is in the unaffected backwaters of Kings Cross, just around the corner from Phaidon in fact, is currently remodelling the former Commonwealth Institute in London, which is due to open as the new permanent home for the Design Museum next year. Learn more about that here, and for greater insight into this important designer and architect, take a look at our John Pawson books, here.