Christian Marclay’s films don’t always feature rubbish, though they often consist of discarded snatches of footage. His 1995 video work, Telephones, is made up of clips of actors taking calls in Hollywood movies, arranged as if they were all engaging in some new conversation. 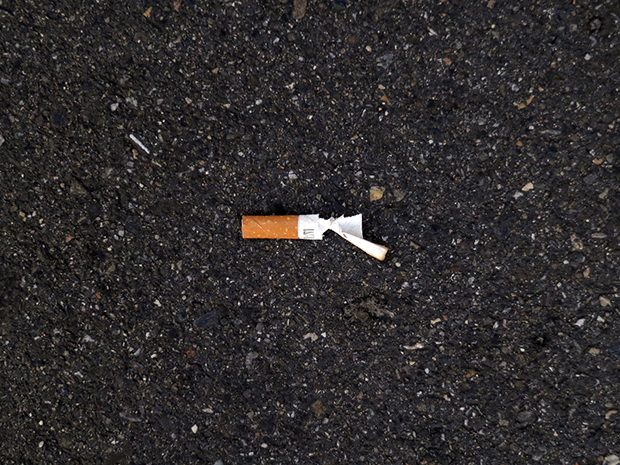 Similarly, his acclaimed 24-hour montage, The Clock, first shown in 2010, drew together thousands of snippets from film and television, each sequential minute of footage containing a reference to each minute of the day. Always screened to coincide with local time, The Clock is perhaps the only video installation you can set your watch by. 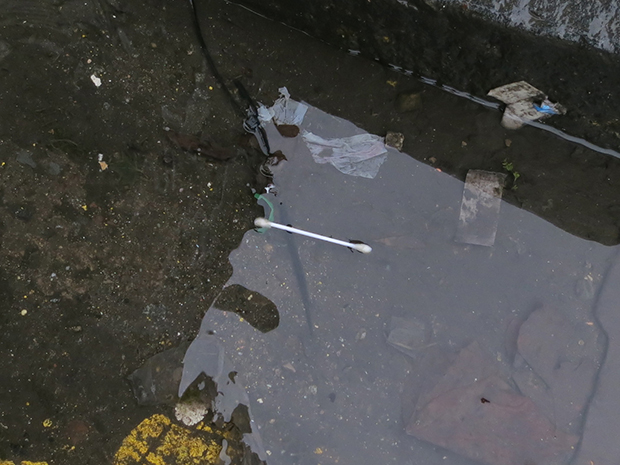 However, in a new series of short clips, Marclay has turned away from editing suite snippets and instead focussed on the kerbside detritus of the streets in his current hometown, London. 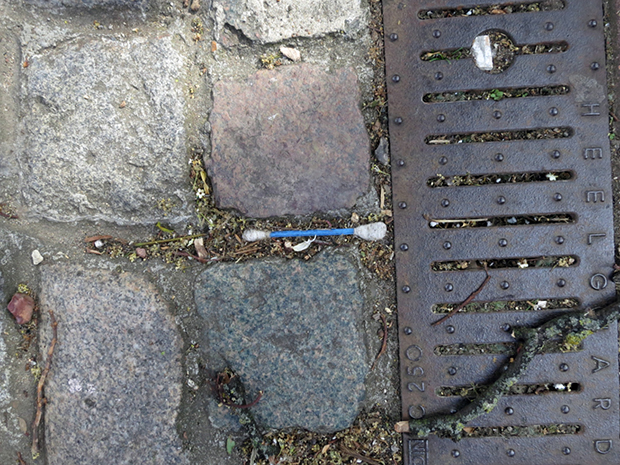 His new exhibition, currently on show at Fraenkel Gallery, San Francisco before travelling to Les Rencontres de la Photographie, Arles, this July, consists of a set of six animations. Each clip is made up of hundreds of still photographs that Marclay has shot of London’s pavements. One film centres on plastic straws, another on chewing gum, and another on cigarette butts.  Marclay places each subject in the centre of the frame. In this way, Marclay’s cigarettes appear to grow and shrink, his cotton buds dance, and his straws wheel around the screen. 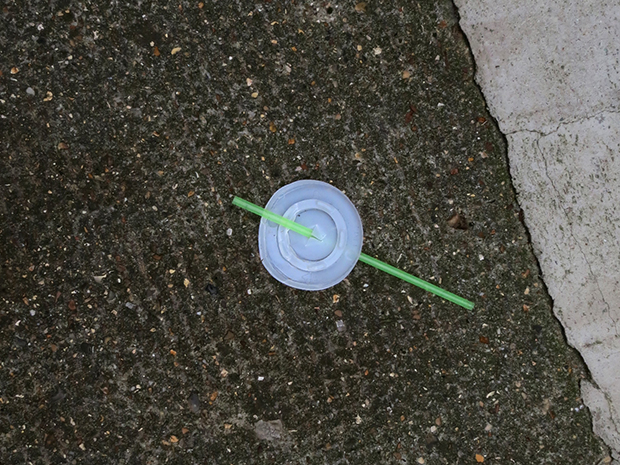 As with a lot of Marclay's art, the organizing principle is simple and remarkably effective. Combining the charm of a Felix the Cat cartoon and the visual acuity of a Richard Wentworth photograph, Marclay brings character to our crumby, throwaway consumerism. 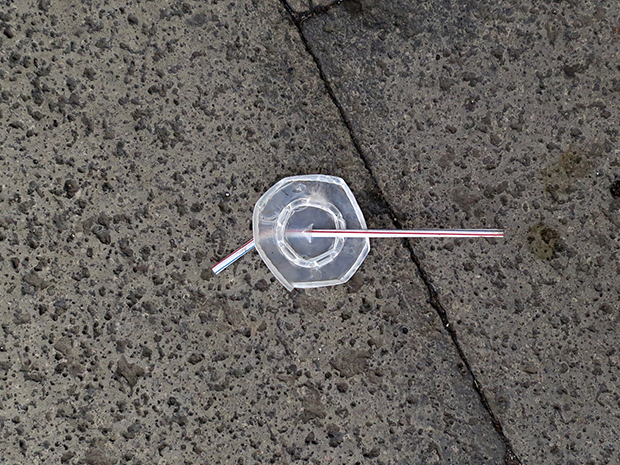 You can see them all at the gallery until 25 June and see two over on the New Yorker’s site; meanwhile, you can find out more about this important artist in our Christian Marclay book in our Contempoarary Artists series; and more about both Marclay and his contemporaries in The 21st Century Art Book.