What Marina Abramović will offer you for $10,000

We've already told you about the Marina Abramović Institute, the interdisciplinary performance and education centre that the artist is in the process of establishing in Hudson, New York with the help of Rem Koolhaas' OMA practice. Part gallery, part neuroscience research institute, part performance art incubator, the MAI is nothing if not ambitious. 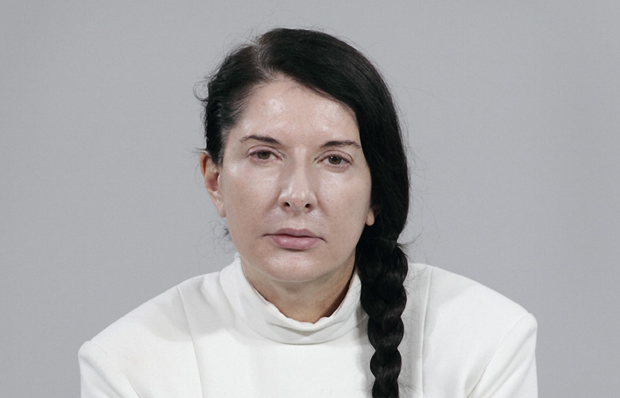 The Artist is Present (2010) by Marina Abramovic

Unsurprisingly, it could also do with a cash injection and Abramović, in common with many other artists, has turned to the crowd-sourcing website Kickstarter to come up with the funds. Abramović and her colleagues set themselves the relatively high target of $600,000, and listed a number of different rewards for backers, depending on how much they're willing to give away.

Big spenders are presented with two choices. For five backers willing to part with $10,000 "Marina will choose an event to attend with you and four other backers, after which you'll all have lunch in New York City." The pledgers will also get "MAI and OMA office tour, Neuroscience exclusives, OMA/MAI Digital Design Package, Abramović Method Exclusives, access to ALL $25 life stream exercises / live events, MAI 101 Lecture and Digital Booklet, [and] MAI Founder and Digital MAI rewards." Not a bad deal; small wonder three of these five places have gone already. However, for six further backers of $10,000 or more "Marina will do nothing. You will do nothing. You will not be publicly acknowledged." Nevertheless, all six slots have already been taken.

More tempting rewards lie further down the scale; $5 buys you access to exclusive Abramović-themed computer games; $10 establishes you as an official MAI founder; $20 gains you access to an exclusive live-streamed lecture delivered by Abramović and OMA's Shohei Shigematsu; for $25, you can choose between Marina teaching you her own water-drinking method, her eye gazing technique, or her own slow-motion walk exercise, all via live stream; for $50, you'll get "exclusive MAI design materials, including OMA's digital MAI Design Book," as well as access to all the $25 live stream broadcasts; for $100 you can get all the $50 rewards, as well as some exclusive Abramović DVDs; $250 buys you a ride on Abramović's "'compatibility racer': a cart controlled by the brainwaves of two drivers" (see video, above) as well as other neuroscience goodies.

Backers pledging $500 can take a tour of both MAI and OMA's New York offices, and get other design-themed gifts; for $1000 can choose between either "a stunning DVD set of rare interviews and materials from the course of Marina's forty-year career," or some personal time with Abramović, wherein "Marina will perform the Abramović Method eye gazing exercise with you via webcam;' for $5000 "Marina will workshop your project of any medium or discipline (art, science, technology, spirituality, etc.)."

For those with a little cash to spare, these all sound like fun ways to interact with a compelling contemporary artist. Find out more, and pledge your bit here. For a more straightforward exchange of money and goods, please also take a look at our Marina Abramović monograph, the definitive work on an artist who pioneered the use of the body in art.