Digital Revolution, the Barbican’s new exhibition of digital art, design, film, music and video games opens today. Beginning with the earliest consoles and finishing off with some of the newest interactive experiences, the show, which runs until 14 September, is the first to bring together so large and diverse a selection of artists, film makers, architects, designers, musicians and games developers. If  you've ever leafed through our great book Art and Electronic Media you'll know a little bit about this kind of stuff and if you haven't we urge you to buy it now. And while we're on the subject, you may want to bookmark this link to our iTunes page, featuring our current range of digital products - what we think of as our own art and electronic media. It will be expanding soon so check back regularly.

Meanwhile, among the more prominent participants in the Barbican show is the singer and music producer Will.i.am, who has worked with the Japanese-born, London based sound artist, product designer and Royal College of Art tutor Yuri Suzuki, on Pyramidi, an installation-cum-music-video-cum-digital-concert that combines 3D projections (of Will.I.Am as a Pharoah!) and bespoke mechanical instruments. Yuri talks us through how the project came about, which synths inspired him, and why he's now making a new drum machine for Jeff Mills. 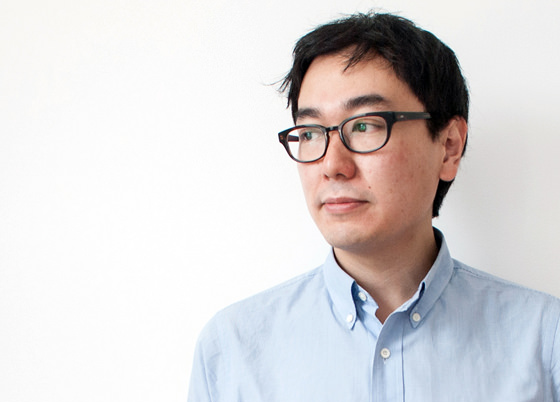 How would you describe your work to someone who's never seen it before? It's somewhere between product design, industrial design and sound art. Sometimes I help develop products for companies, sometimes I make things for myself, sometimes I collaborate. It's hard to categorise.

Where did your initial love for making these sorts of things come from? I'm really fascinated by mechanics and I have something of a technical background. I'm a huge collector of synthesisers, for example. I've just seen the Fairlight CMI and the Linn drum in the show. They're amazing. When I was a teenager I took a part time job and bought analogue synths.

Were they easy to find back then?  At that time they were pretty hard to get, then for a while it got a bit easier, but now I think they're quite expensive again. Then again, so many new companies have started making them again 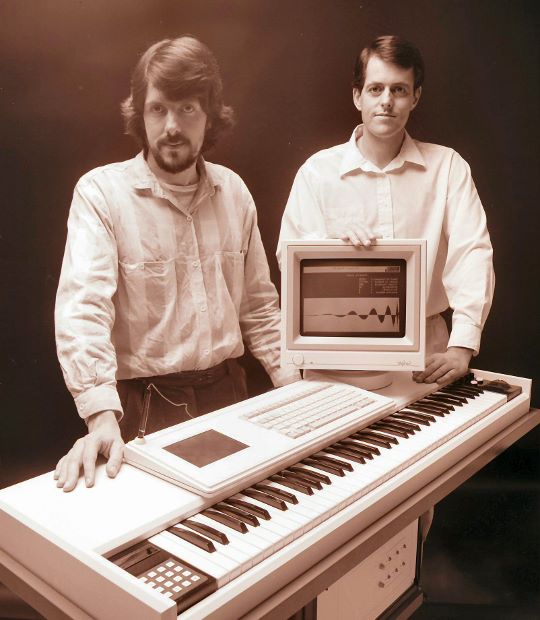 How did this project with Will.i.am come about? Asif Khan the British architect is a really good friend of mine. He came to my exhibition and said, you have to meet Will; he's going to love you. Asif  kept in touch with Will and me. Will came to London and we met up. He'd already come up with the concept of this instrument and installation.

How did he express this to you? He said it was all about a future scenario; people don't buy CDs or records any more, most people are illegally downloading songs, that's why most musicians focus live concerts. He was dreaming of what where the live concert could go, and he created these mechanical musical instruments – mechanical piano, guitar and drums – to play his new song 'live'.

Was it hard to pull off? It was really complicated. Mechanical musical instruments are super-hard to make. Yet, we had a big team - including Searu, Kenjiro Matsuo, Neil Usher and Joseph Popper, which made it easier. I don't think anyone else could have pulled this off, other than Will.

What was he like? An amazing person. He's a professional musician, with a huge amount of musical knowledge. Yet he's really easy going. I'm teaching at the Royal College of Art, and I asked him to come along to tutor one day – and he actually did. He called me up and came in the next day. That was back in November. It was pretty amazing. 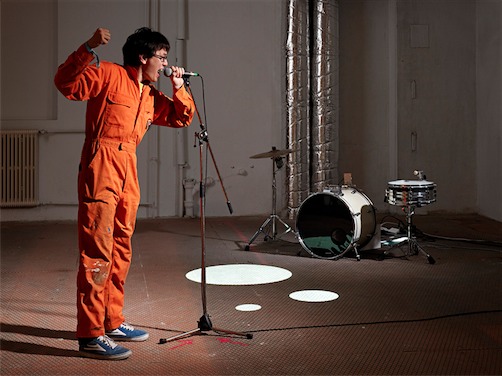 Yuri demonstrates a project for EPFL+ECAL Lab, wherein participants can control a set of drums with their own voice.

What else are you working on? I like collaborating with respectable artists and musicians at the moment. Currently, I'm working with [Detroit techno DJ] Jeff Mills to come up with a new drum machine. Jeff is doing a live concerts with an orchestra. He was using a 909 drum machine, but he wanted something closer to an acoustic instrument, so he wanted to expand his movements with electronic musical instruments - not huge movements, but modest ones. He had some crazy ideas about how we can make it. We should have it done in November. I used to work for Yamaha and also Swedish synth company, Teenage Engineering.

__Did the early snyth pioneers not really think about playability? __ Some did! Dr Robert Moog was always thinking about playability a lot. Other synths quite similar to Moog's model controlled the sounds with sliders. Robert Moog decided the slider movement effected the player's other movements too much, so instead decided turning a knob was better. He really wanted to create a new way of playing music.

Find out more about Digital Revolution here. For more on Yuri go here, and for greater insight into creative circuitry in a gallery setting, order a copy of Art and Electronic Media. And, again, we urge you to bookmark this iTunes link to our current range of digital products.