In a week of glitzy openings and high profile dealmaking, it's refreshing to see one new project catering for an audience unlikely to make it to the Frieze booths this year. The Swiss-born, Paris-based artist Thomas Hirschhorn is assembling a monument to the 20th century Italian left-wing intellectual, Antonio Gramsci, in the grounds of Forest Houses, a New York City Housing Authority development in The South Bronx.

Though don't expect to see a sombre granite edifice. Hirschhorn's 'monument' will take the form of a temporary pavilion, to be built by local residents, whom Hirschhorn will pay. The pavilion will be open 9am-6pm daily and will house an exhibition space, internet access, a theatre, a food kiosk, and children's facilities.

In a statement, the artist said his monument is intended "to provoke encounters, to create an event, and to think Gramsci today. My love for Antonio Gramsci is the love of philosophy, the love of the infinitude of thought. It is a question of sharing this, affirming it, defending it, and giving it form." 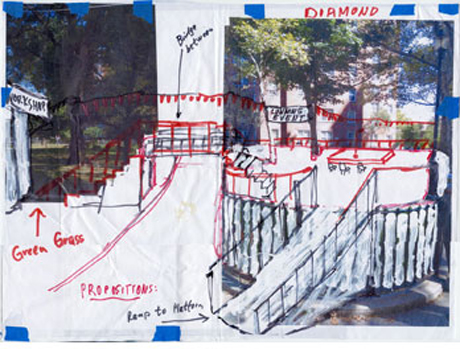 Antonio Gramsci (1891-1937) briefly led the Italian Communist Party, but is best known today for his work, The Prison Notebooks, wherein the writer formulated the idea of political hegemony, or the integrated influence of cultural and social forces in the prevailing currents of history.

Hirschhorn clearly shares some of Gramsci's sympathies, and has in the past created other public artworks to similarly inclined European intellectuals such as Georges Bataille (see main picture, above). Nevertheless, Hirschhorn won't overplay the lofty theory here, but instead says, "my decision to do the Gramsci Monument does not come from an understanding of the philosopher Antonio Gramsci, rather it comes from my understanding of art and my belief that art can transform."

While we love the rarefied arts spaces of central London and New York, we certainly admire Hirschhorn's attempt to reach those less likely to make it into these pristine white spaces. For more on the project - which is scheduled to open in July and stay open until September - go to The Gramsci Monument's dedicated site. 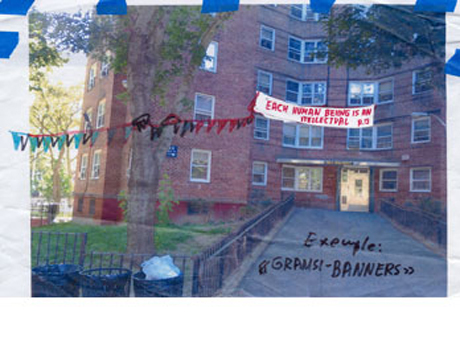 For a clearer understanding of this important contemporary artist, take a look at our book, the only comprehensive monograph on this intellectually provocative artist. And for greater insight into the wonderful public art on offer in both North and South America, order our new title, Art and Place, an extraordinary collection of outstanding art destinations in the Americas.