Why Danh Vo is still possessed by The Exorcist

Danh Vo first saw The Exorcist when he was seven-years-old. Perhaps more surprisingly, the artist, who was born in Vietnam in 1975 and who emigrated to Denmark a child refugee in 1979, watched this 18/R-rated film with his family. His mother, a practicing Catholic, developed a taste for horror movies soon after her arrival in Europe, and encouraged her family to share her newfound enthusiasm, partly, as Vo told Frieze last year, because she was too scared to watch the films on her own.

Over three decades later, the film has remained with the artist. In 2015 he presented a series of antique marble fragments at the Marian Goodman Gallery in London, named after snippets of demonic dialogue from the film. Later that year, during a legal dispute with the Dutch collector Bert Kreuk, Vo offered to create a $350,000 work for Kreuk entitled SHOVE IT UP YOUR ASS, YOU F****T – another line taken from The Exorcist. Now his forthcoming exhibition at White Cube Hong Kong continues to draw from the film. 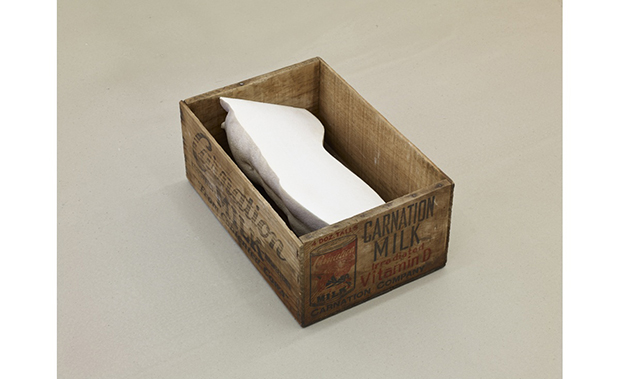 Lick me, lick me (2015) by Danh Vo. Image courtesy of Marian Goodman

The installation, opening 7 September, takes its title from an equally offensive 266-word passage of text spoken by the possessed girl Regan at the film’s climax. Vo has said in the past that he partially chooses these titles because of the way they force gallerists, curators and collectors to repeat such obscene lines. Indeed, there’s something straightforwardly demonic about putting words of the possessed into the mouths of others. Perhaps that’s part of the artist’s fascination with the movie. 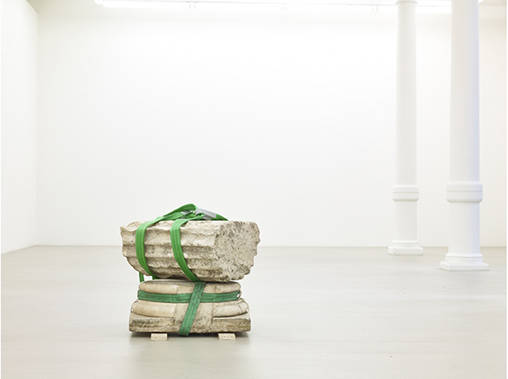 While the wording might retain some of the film’s extreme vulgarity, the work itself is no direct recreation of any scene. Instead, White Cube describes the piece as consisting of over 600 mammoth fossils and a 17th century carved ivory figure suspended from the gallery’s ceilings.

Movie lovers may recall The Exorcist’s opening scene, wherein a Catholic priest Father Merrin discovers a pagan amulet in an Iraqi archeological dig, while other gallery goers may simply detect the weight of dead beasts and ungodly history bearing down on relatively serene and ordered times. For more on how this work fits into the greater sweep of contemporary art consider Sculpture Today and Defining Contemporary Art.