Many of us are familiar with the Polish artist Wilhelm Sasnal as a painter, best known for winning the 2006 Vincent van Gogh Prize, as well as his well-received 2011 Whitechapel Gallery solo exhibition, and a beautiful monograph, which also came out in 2011. 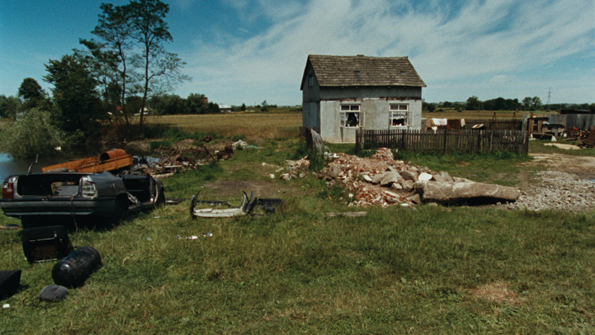 Still from It's Pretty From a Distance, by Wilhelm and Anka Sasnal

However, Sasnal has always pursued a dual career as a filmmaker, writing and directing both short and feature-length works that are as unsettling and beguiling as his works on canvas. Next month, as part of its ongoing Artists' Film Club, The ICA is offering Londoners the chance to become better acquainted with Sasnal's 2011 film, It Looks Pretty From a Distance. 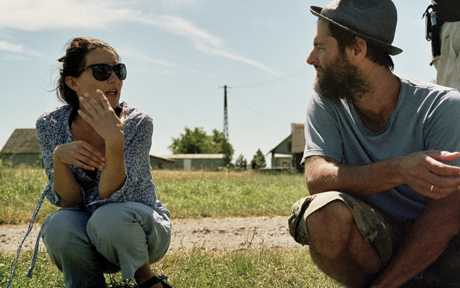 Anka and Wilhelm Sasnal on location

The film, which Sasnal made with his wife Anka - a film editor and scriptwriter - seeks to subvert the bucolic appearance of the Polish countryside with a tale of rural brutality. Shot in a secluded Polish village over the course of one summer, it centres on Pawel, a local scrap collector, and his luckless fiancée. The movie has been described as a love story, yet to hold out for a Hollywood ending would be akin to mistaking one of Sasnal's canvases for a winsome Norman Rockwell scene. While the cinematography is delicately executed, the characters portrayed receive no such gentle treatment. 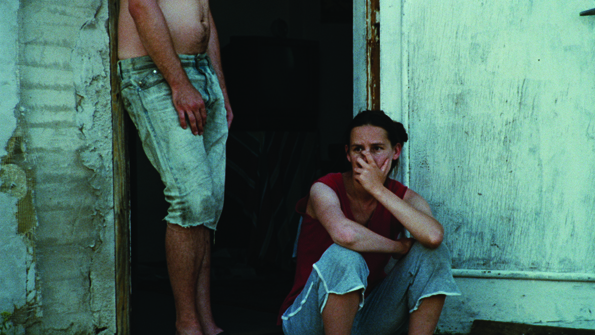 Still from It's Pretty From a Distance, by Wilhelm and Anka Sasnal

Nevertheless, we think the film offers fans of Sasnal's painting additional insight into his oeuvre, and European cinema buffs a gem of a film. To book, visit the ICA's site, to find out more about the film go here, and to take a look at Sasnal's great monograph head to this page within our well stocked online shop.