Anish Kapoor's first ever show in Australia opens at the Museum of Contemporary Art, Sydney on Thursday (20).  Until now, the logistics and cost of transporting Kapoor's huge works across the world have meant that Australians have been unable to enjoy his work in the flesh.

“It’s a huge undertaking to bring any major sculpture show to Australia,” says Elizabeth Ann Macgregor, director of the museum. “But it’s time that the work of one of the world’s most prominent sculptors was seen by Australian audiences."

“In our case, we were only able to do so when we attracted some additional funding from the Government of New South Wales.”

With works dating back to 1979, the exhibition presents a great overview of his work to date. While Macgregor says that “Kapoor is reluctant to consider any show a retrospective," she did however, point out that the museum wanted to stage an exhibition that reveals the diversity of Kapoor's work.

“The gallery-based work is, in my opinion, no less capable of engaging visitors. In fact, some of the less overwhelming works have a potent impact because they are more human in scale,” she says. 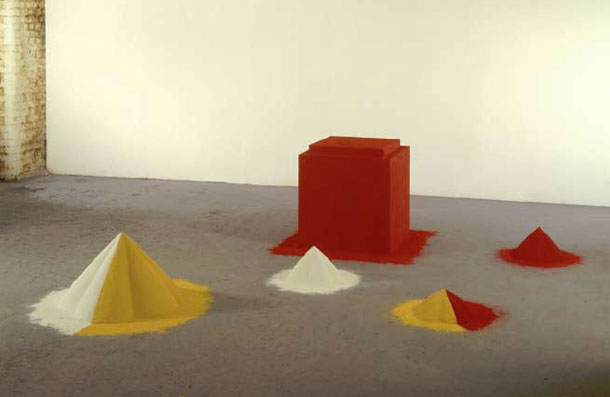 Highlights at the MCA show include 1000 Names (1979-80), his early powdered pigment sculptures; Void (1989), a large sculpture that changes from a convex to a concave form depending on where you stand and My Red Homeland (2003), in which a motorised blade endlessly dissects and re-shapes 25 tons of wax into new forms replicating the role of the artist.

The exhibition explores the artist’s continual experimentation across a variety of materials including clay, plastic, pigment, steel and wax to create works of great visual power and emotional impact.

Highlights include one of the artist’s most ambitious works, the monumental 25-ton steel work Memory (2008), commissioned by Deutsche Bank in consultation with the Solomon R. Guggenheim Foundation for the Deutsche Guggenheim.

Memory completely fills the MCA’s sizable Level 3 Gallery as if squeezed between the white walls. Viewers will experience the rust-coloured bulbous structure from several angles including a window that looks into the cavernous interior space. By restricting the ability to view the whole work from a single point, Kapoor challenges the public to imagine the object in its entirety by piecing together memories of the work from different locations. 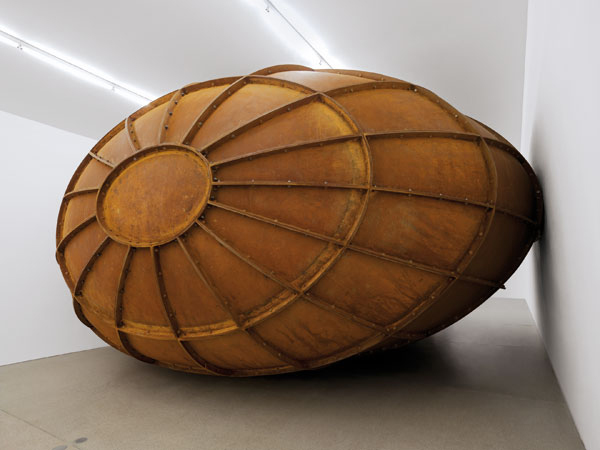 The exhibition also comprises a selection of the early works that first brought Anish Kapoor to prominence. Created following a short trip to India, 1000 Names (1979–80) consists of primary coloured geometric forms produced using brightly coloured powdered pigments placed on the floor or situated on the wall.

Another highlight is Void (1989), a large concave shape coated in a deep blue pigment that toys with perception. The shape changes from a convex to a concave form depending on where the viewer is situated, whilst the colour of the piece disrupts the ability to determine the object’s true proportions.

If you can't make it to Sydney (the show continues until April 13) check out our sumptous Anish Kapoor book. A generously illustrated volume, it includes hundreds of artworks spanning Kapoor's long and celebrated career, as well as customarily perceptive new essays by David Anfam and Johanna Burton as well as an insightful interview by Donna De Salvo.