Is Hirst in a pickle here?

Jonathan Yeo says in his Hirst portrait, it is unclear whether Hirst is preparing a work, or being preserved himself

What do you make of this new Damien Hirst portrait? His lofty, regal position is supposed to recall the Old Master-style positioning of royalty. The boxy lines could be a formaldehyde tank, or the 'wretched glass capsule of the human individual', as Francis Bacon might have described the faint geometry in his Pope paintings. Its painter, the British portraitist Jonathan Yeo, suggests that, while we might assume Hirst is the creator in this scene, there's sufficient ambiguity to think of it as him being pickled, rather than the pickler. And the clothing? It might recall the bondage-wear of Hirst's punk heroes, but it is in fact the chemical drysuit he wears when he's working with dangerous fluids. 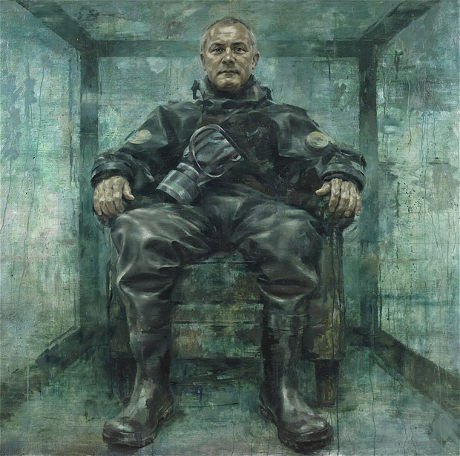 This six-foot oil painting by Yeo will go on show next month at The National Portrait Gallery's exhibition dedicated to his work. Yeo is an artist whose deft technique has won him high-profile commissions, while his occasionally scabrous practices have upset some subjects. Latterly, Yeo is known for Bush (2007) a collage portrait of George W Bush created from clipped pornographic magazines, which some interpreted as a critique of The USA's erstwhile commander-in-chief.

His National Portrait Gallery show is likely to be less controversial, with oil-on-canvas renderings of British television presenter Michael Parkinson and media magnate Rupert Murdoch hanging alongside other depictions of actors and politicians. Nevertheless, Hirst is reportedly pleased with his painting, and has said “Yeo time and time again achieves what should be impossible: creating a true picture, an image or a glimpse, of people we think we know and of those we've never met." 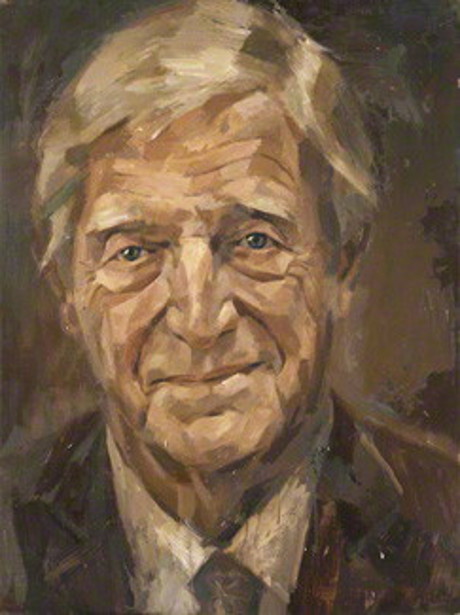 To see it in full, alongside many others, head to the National Portrait Gallery between 1 September 2013 and 5 January 2014; entry is free. For greater insight into the Old Master and contemporary references do consider The Story of Art, our canonical history of human creativity; for more on the art of portraiture, take a look at our book 500 Self Portraits; however, before you do any of that, please join our club to take advantage of great offers, events and rewards points.