While many of today’s new buildings are a marvel to behold, most modern building sites are less impressive. So we should applaud Zaha Hadid's firm, which opted against scaffolding and plywood hoardings, and instead installed something a little more impressive to protect the High Line’s visitors from works on the firm’s 520 West 28th residential development in Manhattan.

The practice describes its 112-feet-long pedestrian tunnel as a "sculptural installation", and have even given it a title: Allongé, which is French for “elongated”. Developers are required to install protective barriers such as these, yet Hadid has drawn inspiration from “the connectivity and dynamism of movement along the High Line” for this piece, which is made a silver, metallic fabric and runs along the linear park between 27th Street and 28th Street. 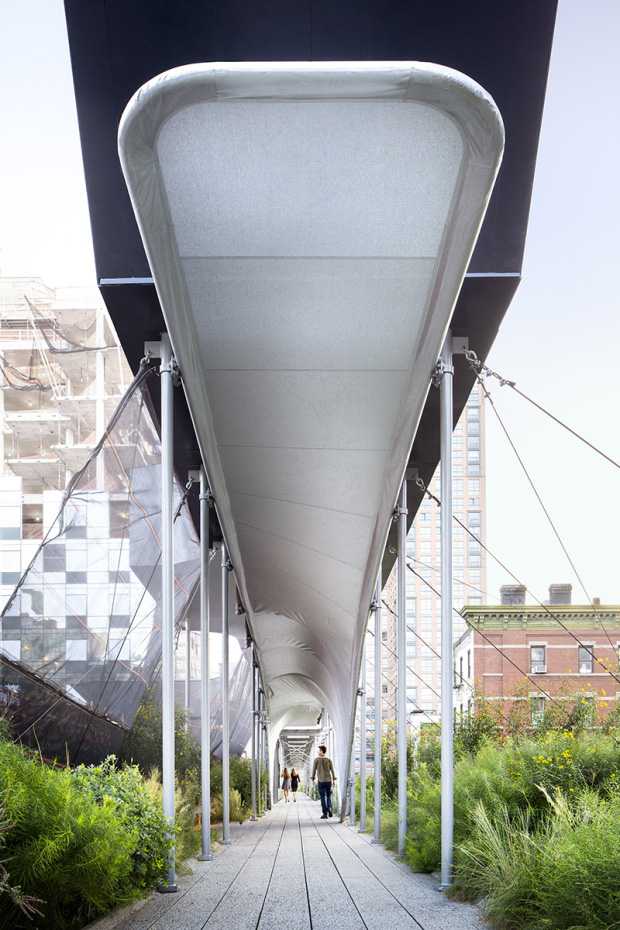 “I've always been fascinated by the High Line and its possibilities for the city. Decades ago, I used to visit the galleries in the area and consider how to build along the route. It's very exciting to be building there now," said Zaha Hadid. And it’s equally exciting to have firms like Hadid’s working around here. 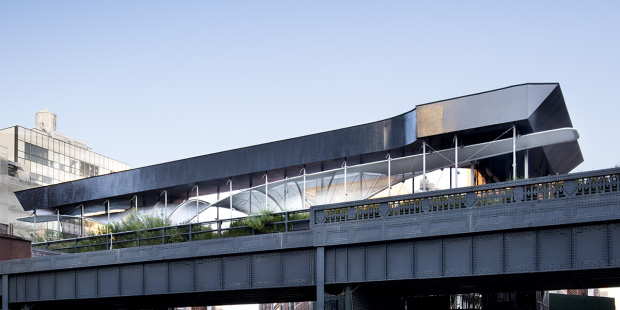 For more on the creation of this New York park order our new book The High Line, and for more on equally brilliant architectural developments take a look at our new book, Architizer A+Awards 2015.