What your fridge has in common with this Jean Dubuffet show

On the anniversary of the French artist's birth, we look forward to a new exhibition of his Théâtres de Mémoire works

Jean Dubuffet may have collected art by insane asylum patients, yet he insisted that Art Brut, the artistic term he coined and popularised, wasn’t simple works by mentally ill. As author John Maizels explains in our book Raw Creation, the French artist “claimed that there could be no more an art of the insane than there could be an art of people with bad knees.”

Instead, Maizels writes, “Art Brut translates literally into English as Raw Art – raw because it was ‘uncooked’ by culture, raw because it came directly from the psyche, art in its purest form, touched by a raw nerve.” 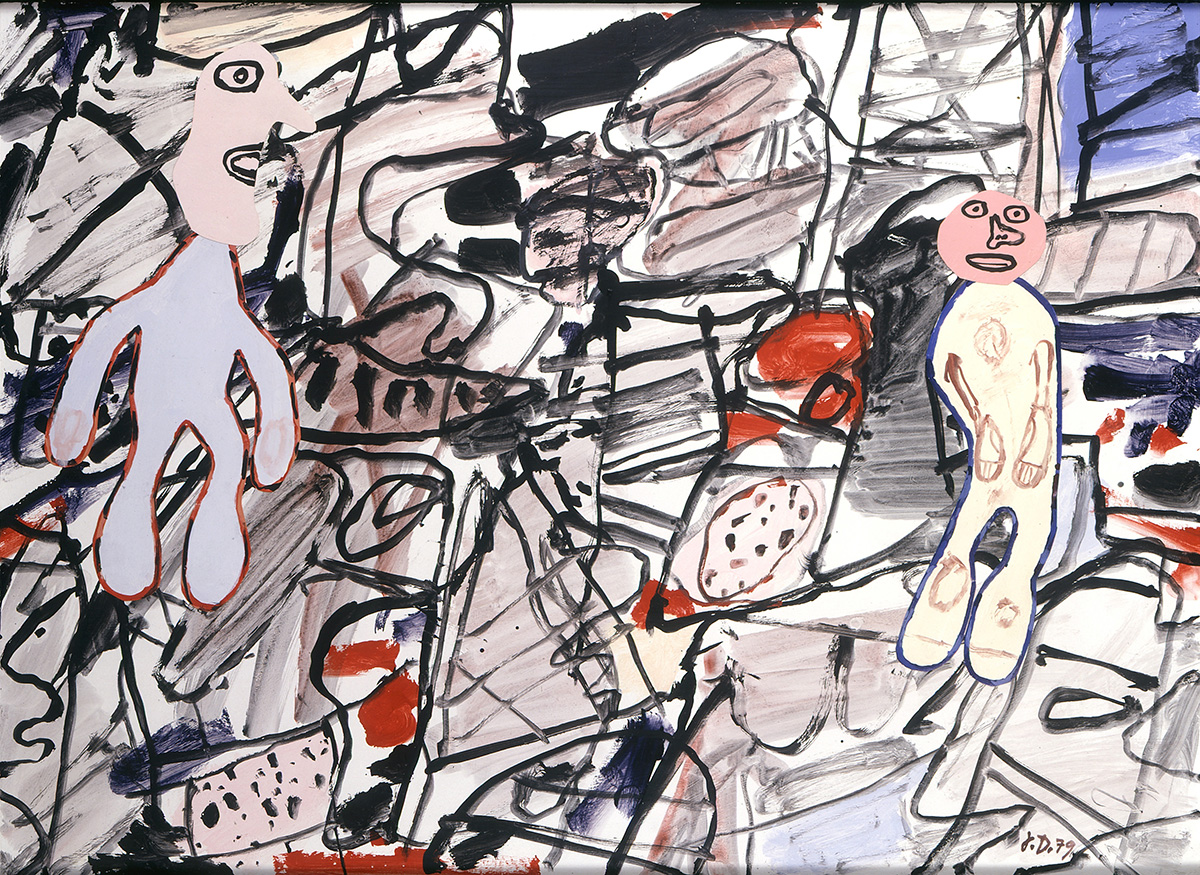 Dubuffet both collected and created such works, a selection of which opens in London on 13 September, when Pace Gallery will present its first major exhibition of Dubuffet’s art in the British capital.

The show, Theaters of memory, focuses on a historical selection from Dubuffet’s Théâtres de mémoire, a series of 99 canvases created between 1975 and 1978, when the artist was in his seventies. 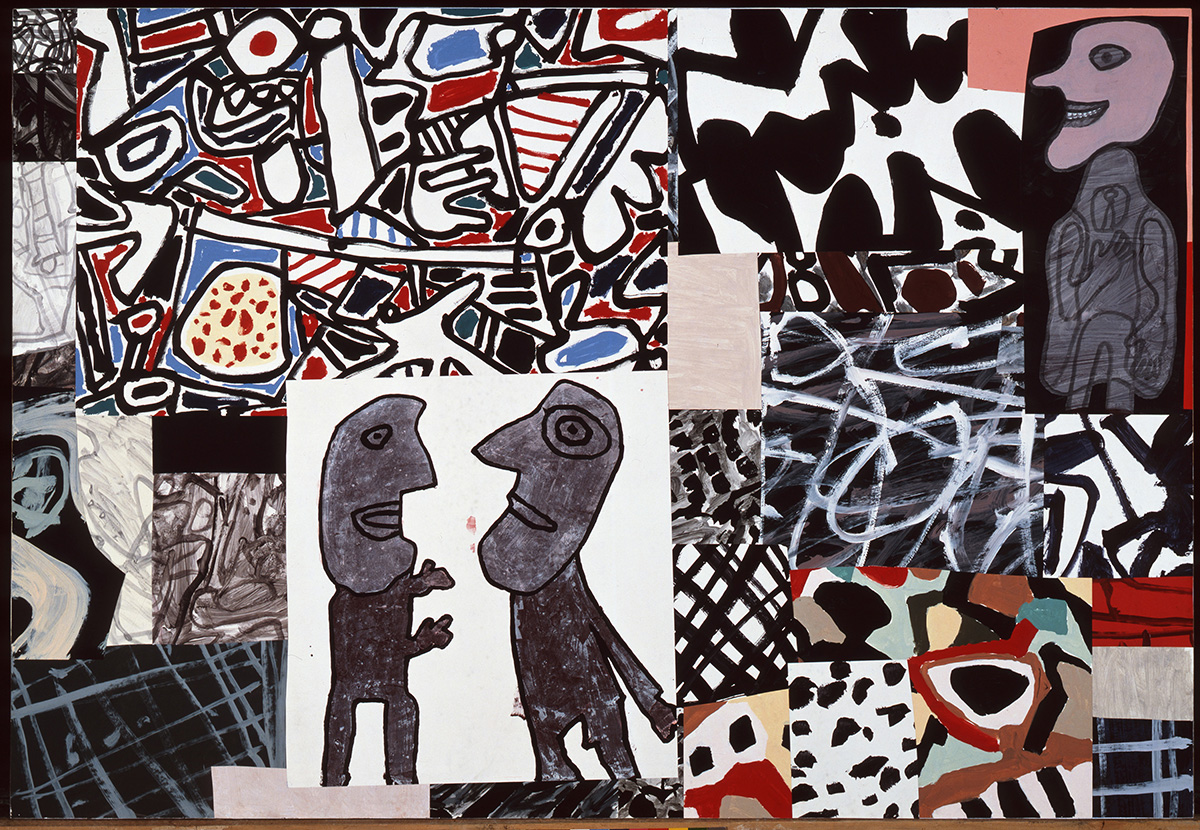 Dubuffet made the works by cutting out and rearranging smaller pieces of illustrations and paintings, in a process not unlike “those photographs of loved ones, children’s drawings, and souvenirs of places visited, that we attach to our refrigerator doors,” writes Dr Kent Minturn in an essay to accompany the show.

Of course, Dubuffet had higher ambitions. The process was partly autobiographical, a means to reclaim the raw, unordered nature of memory and remembering. “Overall, Dubuffet’s collages suggest that individual memories refuse to fit into neat compartments,” writes Minturn, “and are always bound to others.”

Nevertheless, Dubuffet's working methods certainly bring to mind something of the fridge-magnet school of art. He installed a ladder and a large metal sheet in his studio, and added magnetic blocks to the backs of individual pieces, enabling him to rearrange the components before completion. 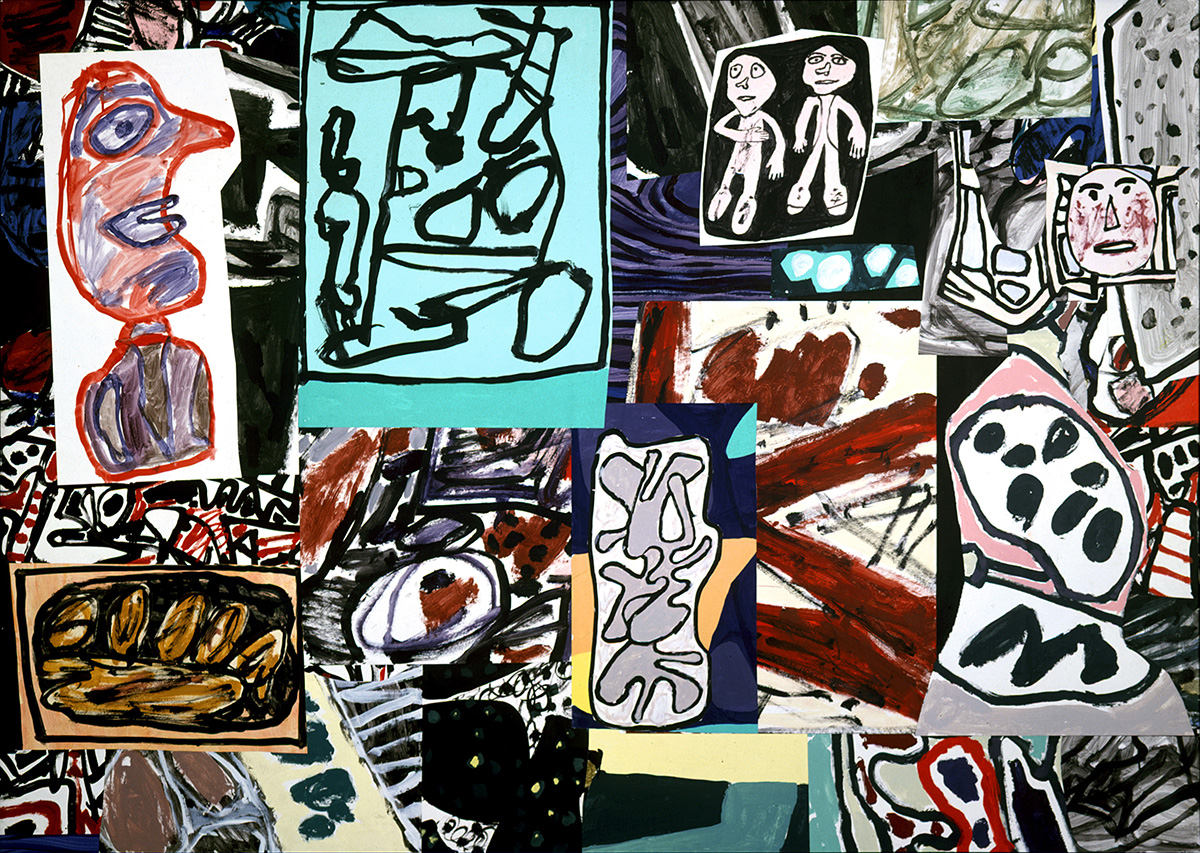 This method required the septuagenarian artist “to perform a good deal of gymnastic exercise on a ladder, which was somewhat trying for an elderly man whose vertebra had been growing dangerously brittle over a period of years,” Dubuffet later recalled. We should be grateful he made the effort.

Théâtres de mémoire’s patchwork of jagged figures in a sea of jerky abstraction captures the inchoate, unmediated, unreliable side of our everyday recollections, which we remember and rearrange constantly, day after day, on the psychic fridge-fronts of our mind.

For more on Dubuffet order a copy of Raw Creation here.