Andy Warhol and Joseph Beuys were not close friends. Though they met a number of times, in New York, Naples and Dusseldorf, the artists maintained a sincere, respectful relationship.

Even this seems surprising, since the two were so different in their interests and techniques. Beuys used performance, sculpture and a nascent style of social practice to express his fascination with the natural world and politics, while Warhol’s screen prints, films and Brillo boxes celebrated glamour, sex, consumerism and artifice.

Nevertheless, the pair recognised each other’s genius, myth-like reputation and prominence, despite operating at opposing poles of a post-war art world. As the American art critic David Bourdon put it, their 1979 meeting in New York, around the time of a Beuys Guggenheim retrospective, “had all the ceremonial aura of two rival popes meeting in Avignon.”

Despite this rarefied atmosphere, the pair managed to work together. In 1978, Warhol created a campaign poster for Beuys’s Green Party, and, in return, Warhol’s reputation rose in Europe thanks to his associations with Germany’s leading contemporary artist. 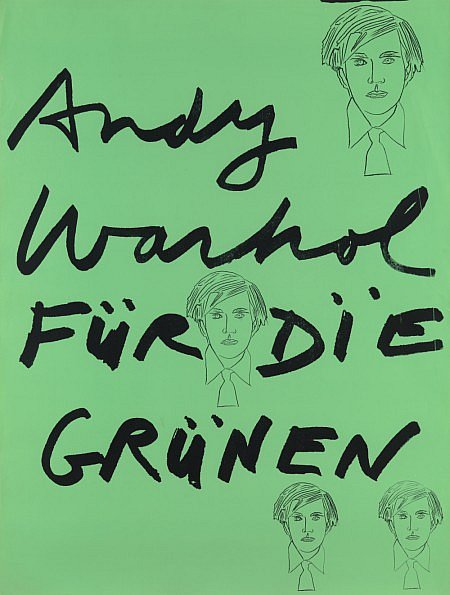 Now a new exhibition, curated by prominent British curator Norman Rosenthal, at the Ashmolean museum in Oxford, alights on this curious friendship. Andy Warhol: Works from the Hall Collection, displays 100 mainly privately owned works by the late US Pop artist, including a large number of Warhol’s various Beuys portraits. The portrait was first created in 1980 at Beuys’s request, though Warhol continued to work with the image, creating a number of Beuys portraits, including one edition, currently available over on Artspace, in memoriam, following the German artist’s death. 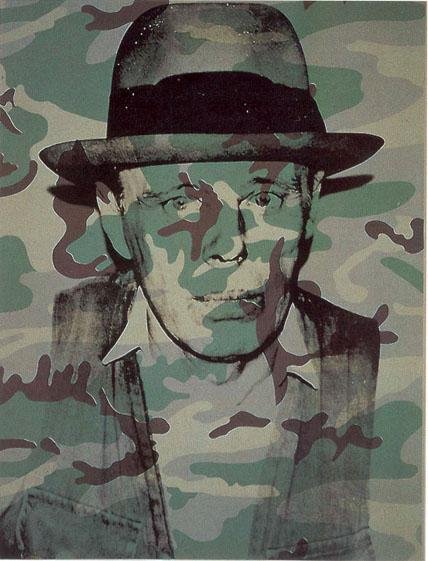 “I’m sure they admired each other,” Rosenthal tells Christie’s. “One was the greatest European artist of his time, and one was arguably the greatest American artist. Both were more than artists, both became social symbols.”

And both have remained social symbolic, as their work lives on, after their deaths. For greater insight into these aritsts, take a look at our Warhol books, including this overview of his portraits, and our Joseph Beuys title, both available now.