Sotheby’s Prints and Multiples sale majors on the pop artist’s printed editions, with over 80 works up for auction

Andy Warhol’s preeminence as a 20th century printmaker is hard to challenge. The artist studied printmaking at Carnegie Tech, produced his first editioned print in 1962, and continued to create prints, of ever increasing technical competence, right up until his final months of life in 1987. His print firm, Factory Editions, helped finance his less profitable film ventures, while his ever-changing choice of imagery tells us something about his social circle, his cultural reference points, and his wider interests. Indeed, the history of Andy’s prints mirrors the visual development of American culture.

“Warhol’s artistic practice is predicated on reproductive techniques and serial images,” author Joseph D Ketner II explains in our Phaidon Focus book dedicated to the artist. “ Over the decades of his artistic production the traditional distinctions between painting and printing, original and copy, and unique and serial images blurred, mirroring the cultural transformation inherent in the mass dissemination of photographic images in post-war America.” 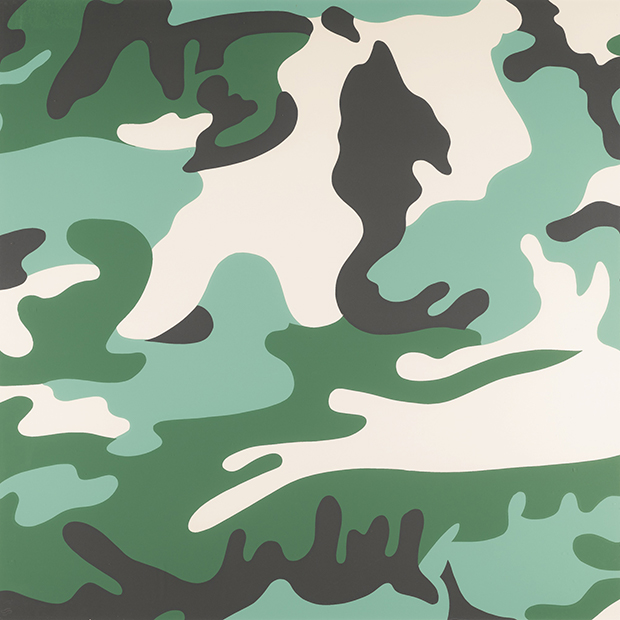 Sotheby’s forthcoming prints and multiples sale in London focuses on Warhol’s print making, by offering 83 prints by the artist up for auction. Careful viewers will notice the development in Warhol’s techniques, from a simple silkscreened Marilyn from ‘67 through to a more colourful and accomplished portfolio of camouflage prints from 1987. Casual observers might be surprised to find, alongside the soup cans, soap opera stars, rock singers and dollar signs, lies a surprisingly wide array of source material, including Cologne cathedral, the former Israeli prime minister Golda Meir, and a fifteenth century painting of Saint Apollonia attributed to the workshop of the early Renaissance painter Piero della Francesca. 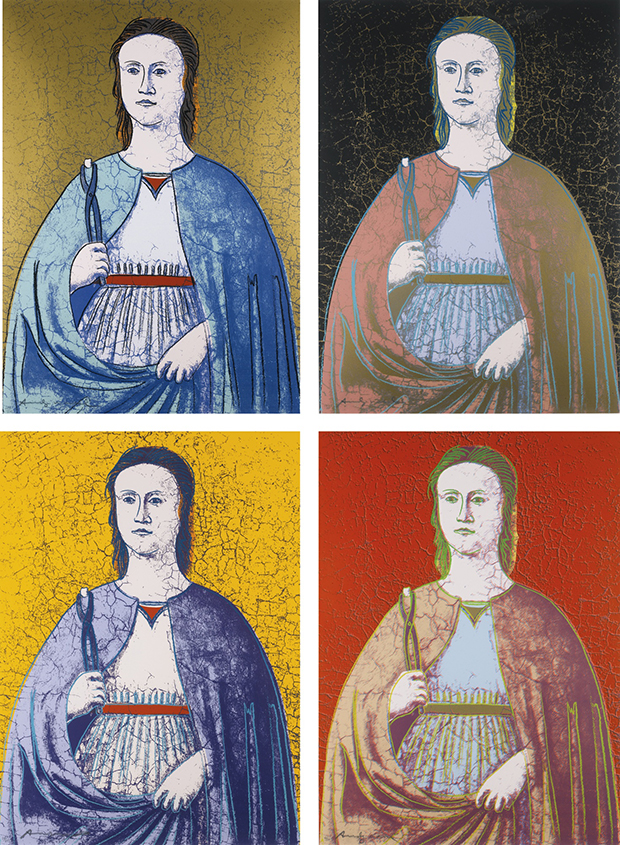 Low estimates begin at £300, or $4,681, making these works a relatively easy way into the art market for any burgeoning collector. However, window shoppers can gain a lot from this sale, which is on display at Sotheby’s in New Bond St 24 – 28 September prior to the sale on 29 September, a great overview for the definitive medium for the world’s foremost pop artist.

For more, go here; for greater insight into Warhol’s life and work consider our Warhol books here; and if you’d like to buy a Warhol print with having to pick up a paddle in a central London auction house on a Tuesday afternoon, browse the Warhol lots available via our sister site, Art Space.