Maria Taniguchi - Why I Paint

Dark, repetitive, monolithic: when first encountered in a gallery, Maria Taniguchi’s rectangular paintings appear to lack variation. They are identical in content (or lack of content), mostly untitled and differentiated only in ratio and size. On closer inspection, however, it is revealed that they are not flat monochromes: the dark surface is interlaced with thin lines – the width of string – that create a delicate brickwork pattern from edge to edge.

Furthermore, the surface itself is not uniform. Shifting brushstrokes and different densities of pigment indicate that rather than the ‘mortar’ lines being applied over the top of a smooth, unified background of acrylic paint, each rectangular brick has been filled in, one by one. Considering this time-intensive process, the paintings present themselves as more than simply Minimalist art objects – each painting is a record of encapsulated time and labour, the document of the process of painting itself and of a kind of performative action in space. Here, the Vitamin P3-featured painter tells us what interests, inspires and spurs her on. 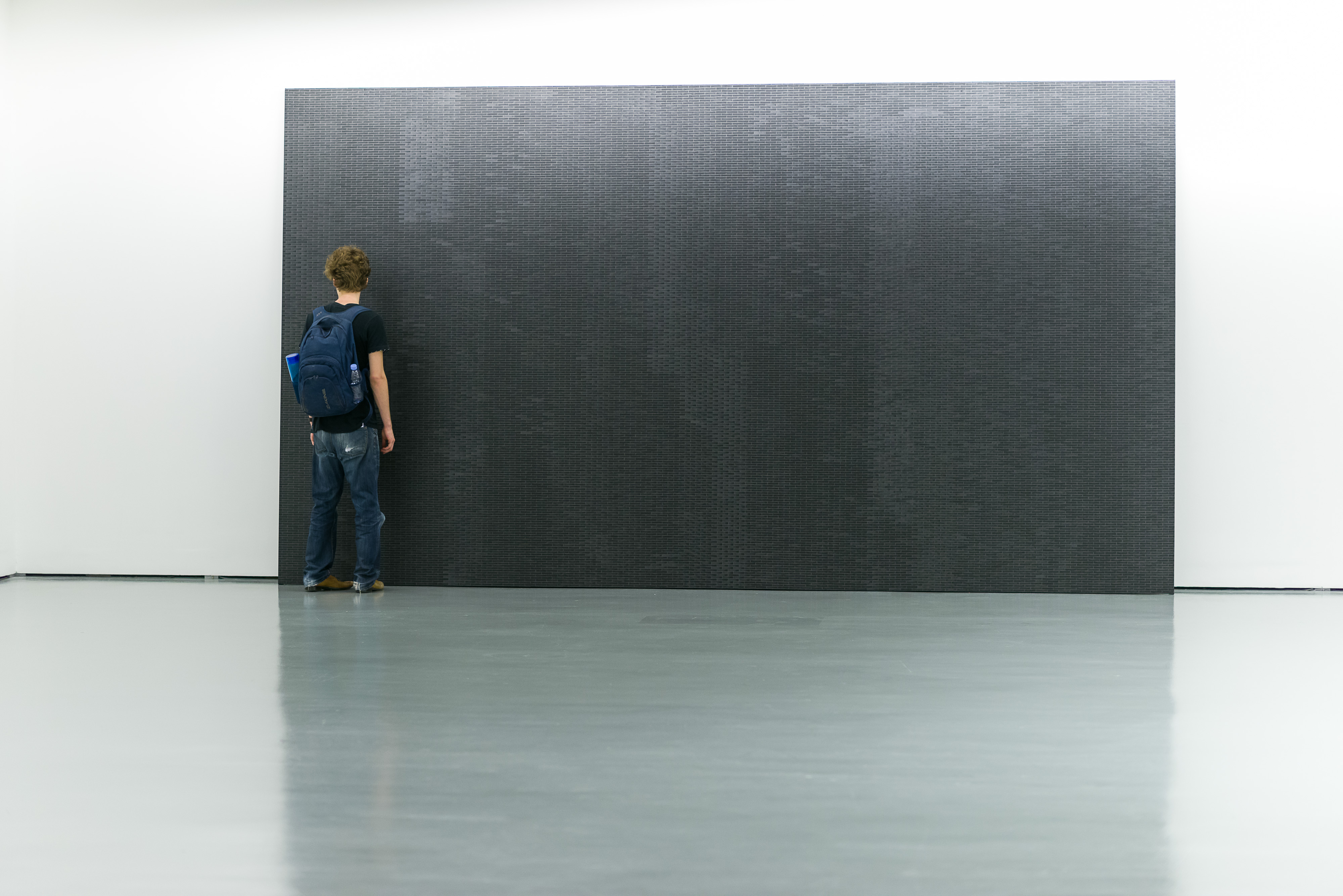 Courtesy of the artist and ICA Singapore

Who are you? Maria Taniguchi, born and raised on Negros island. It's shaped like a sock, I lived out my childhood mostly on its toe, and then some of it was spent near the cuff. In the mid 80's the Pictures Generation was emerging and I was four or five, and spent a lot of time swimming in the sea by the city airport.

What’s on your mind right now? I went for a walk today, inside a water filtration park. The filtration units were built in the 30’s, and then turned into a public park in the 50’s. I can’t stop thinking about 600 million litres of water rushing underneath the complex of art deco structures, leisure architecture, and camp statues.

How do you get this stuff out? Like toothpaste from a tube. I'm talking about some sculptures I'm making, for another project separate from my research on the park I mentioned. 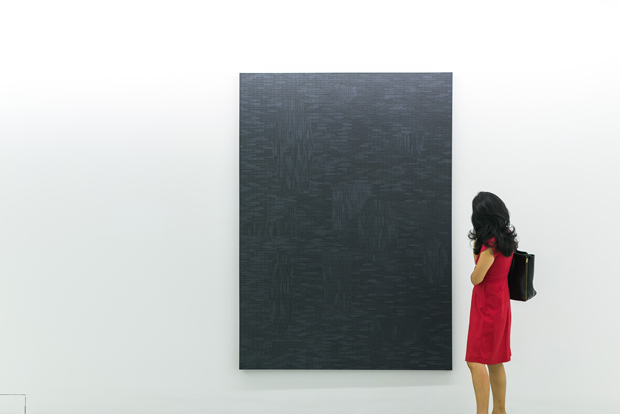 Courtesy of the artist and ICA Singapore

How does it fit together? I don’t think everything has to be coherent, it’s more fun when there are leaps, or when something isn't giving in to analysis.

What brought you to this point? This might not answer the question but I really feel like spending more time back in Negros after living years in Manila and some in London.

Can you control it? I can't, it's better that way. I usually don't see the bigger paintings until they leave the studio because they are painted while horizontal and are too tall to view against my studio walls. 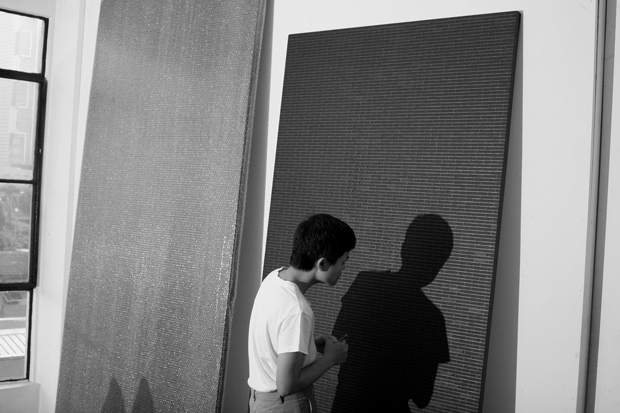 Maria Taniguchi at work in the studio courtesy ICA Singapore

Have you ever destroyed one of your paintings?  I have destroyed some, on purpose or accidentally, but always with little attachment involved.

Find out more about Vitamin P3 New Perspectives In Painting here. Check back for another Why I Paint interview with a Vitamin P3-featured artist soon.