Anyone got $15 million for this Sottsass Silicon Valley home?

Built for IDEO's David Kelley, the entire dwelling was laid out in an Italian gym; the furniture was built to scale, dissembled, shipped to the US, and rebuilt by Italian craftsmen - sadly, the great book on the table is not included!

Plenty of Californian housing lays claim to Mediterranean influences, yet few of them look like Ettore Sottsass’s Kelley House. Here’s how author Philippe Thomé describes the inspiration for this home in our Sottsass book.

“Throughout the early 1950s, Sottsass developed most of his projects in collaboration with his father,” Thomé explains. “In 1952, they designed a school in Siliqua, Sardinia, and opted for a composition based on the Mediterranean tradition – buildings arranged around patios.

‘This brought about a very articulated solution: a school that is almost a miniature village, made up of small constructions linked to one another by covered walkways,’ Sottsass wrote in 1955. ‘We thought the architecture of a school should be as diversified as possible, varied, full of surprises and colours and lights, and that it should also be a bit mysterious: an easy-to-solve mystery.’

Unfortunately, the project would never be realized. However, forty years later, Sottsass re-created the metaphor of the ‘Mediterranean village’ when designing individual residences, such as the Prosperity Village in Zhaoqing, China, in 1994 and the Kelley House in Palo Alto, California, in 2001.” 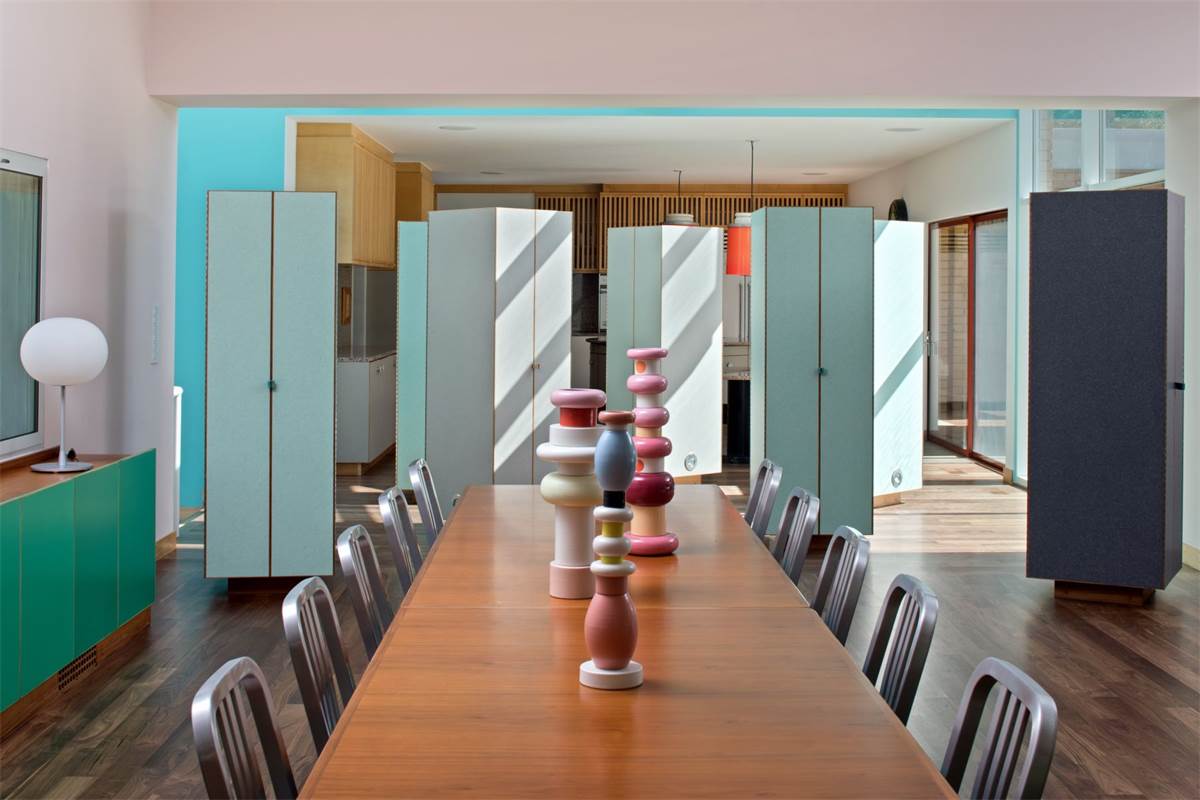 Sottsass built the house – currently on the market at $14,995,000 - for David Kelley, founder of the Silicon Valley design consultancy, IDEO. The pair met in the early 1980s, via their mutual friend Steve Jobs, and worked together on the Enorme telephone.

When Kelley commissioned Sottsass to build this home in the Woodside suburb of Palo Alto, he presented the Italian designer with a book he had compiled, filled with visual references. However, Sottsass, ever the innovator, dismissed the brief, telling Kelley, “This is a house about the past. Let’s build a house for the present.”

He also rejected US architectural references. “Sottsass hated American houses that had the garage in front,” Kelley told Surface magazine. “He hated any kind of house that was showing off or saying, “Look at me! Look how precious and important I am!””

Instead, Sottsass developed the Kelley residence – one of the last houses he would build prior to his death in 2007 – independently, drawing on earlier inspirations, as well as later enthusiasms. 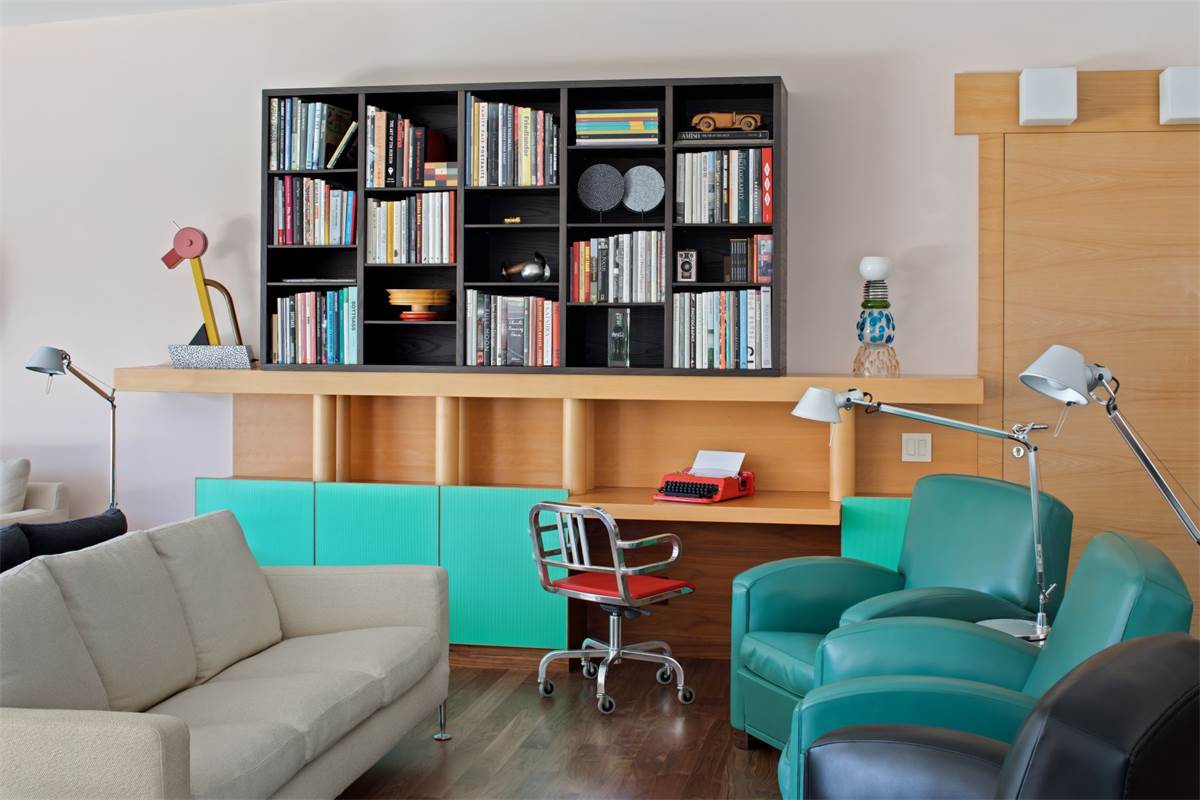 “I think people come into my house and say, “Oh, you paid good money for that plastic laminate?! Where’s the mahogany?  Where’s the preciousness?”” Kelley says. “They don’t know that the laminate was custom-made for Ettore to be exactly what he wanted.”

While the materials might not be costly, the process by which Sottsass and co. put together the house and its furnishings was remarkably detailed. The entire dwelling was laid out in an Italian gymnasium; the furniture was built to scale, dissembled, shipped to the US, and rebuilt by the very same Italian craftsmen. Whether today’s tech elite appreciates this kind of craftsmanship is unclear. 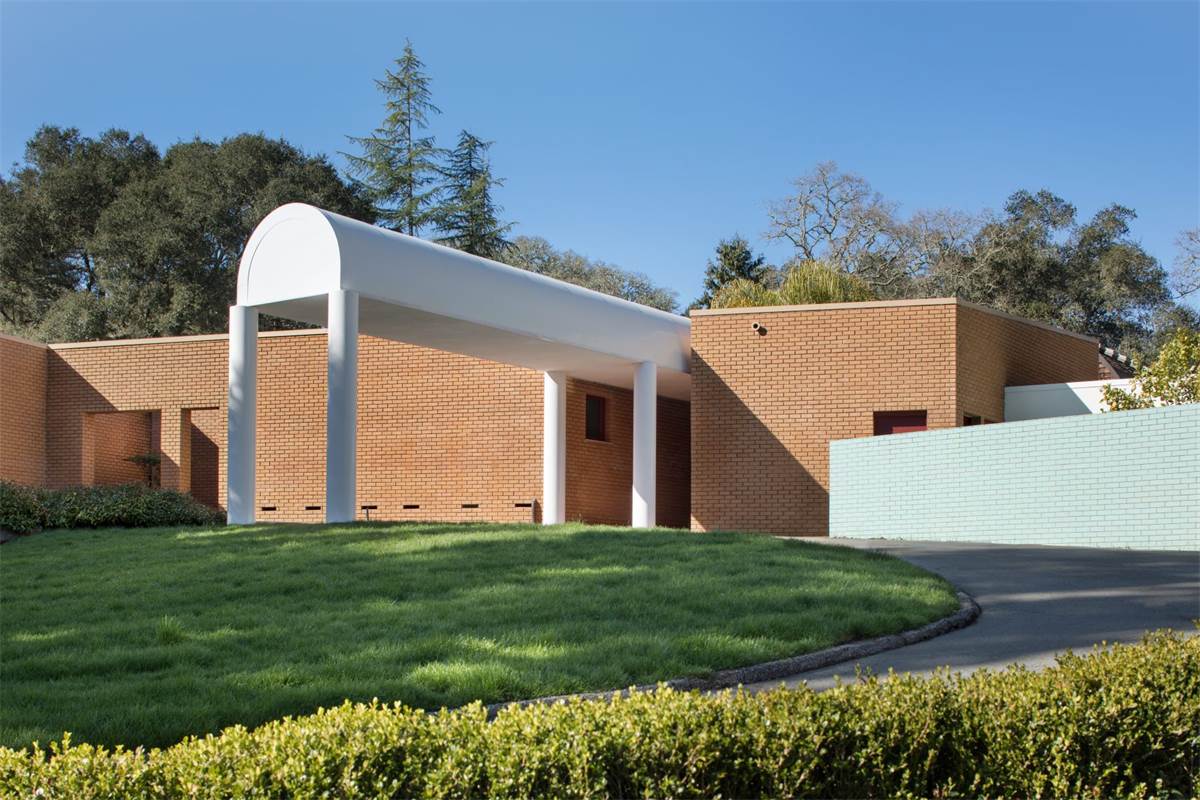 “Sottsass is not the kind of world famous architect that every kid who works at Google wants to have,” Kelley tells Surface, “so passing it to the right person will be important for me.”

If you know someone who might have the taste and the funds, send them here. If they don't but still want more on this important 20th century designer, order them a copy of Sottsass here.