How JR uses ballet to break down barriers

Why did this contemporary artist turn to classical ballet when telling the story of the 2005 Parisian riots?

The refined environment of the ballet company might seem fantastically removed from the French artist JR’s graffiti-tagging origins. Yet, over the past year, he has employed these classical dancers in a wide variety of media, from films to gigantic posters, presenting their genteel figures in remarkably rough settings. Why?

As he explained during a visit to Phaidon’s offices a few weeks ago, JR first began working with ballet dancers in 2014, when the New York City Ballet commissioned the artist to create a large installation featuring dancers in the company.

JR shot the company’s dancers against a huge sheet of paper, folded into the shape of an enormous eye – a recurrent motif in his work. The work was such a success that Peter Martins, the Ballet Master-in-Chief at NYCB, invited JR to create a dance work for the company. 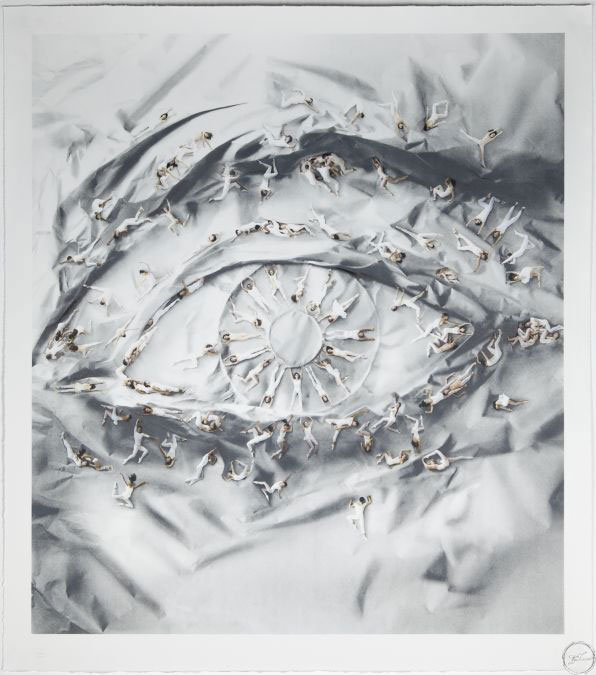 “It was the first time they had let a non-choreographer take over the stage,” JR recalls.  “So for me it was a big responsibility.” However, far from being intimidated by the challenge of a new medium, JR relished the opportunity to create a bridge between the ballet world and his own grittier origins.

Not only did he create Les Bosquets, a ballet based around the 2005 Paris riots, which premiered at the Lincoln Center on 29 April 2014. He also went on to invite ballet dancers from Paris’s prestigious Opera Ballet to the suburb of Monfermeil, one of the sites of 2005’s unrest, to shoot a short film of the ballet, with musical contributions courtesy of Pharrell Williams, Hans Zimmer and the French composer Woodkid. 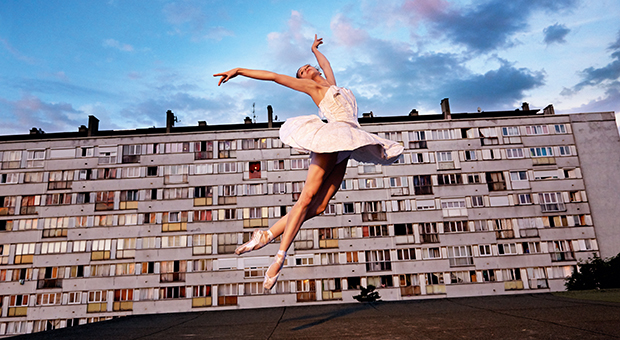 “When I brought the ballerinas into the neighbourhood, people were pretty curious, though they were a bit too shy to speak to the girls,” JR explains. “They looked at them as if they had come from outer space.”

Ironically, the company’s own ballet school is close to Monfermeil, yet there is little contact between its student body and its less privileged neighbours. “The dancers in the school had no comprehension of what life is like on the outside,” JR says. “So it was actually a great experience for them to be able to dance in the most tense neighbourhood in France.” 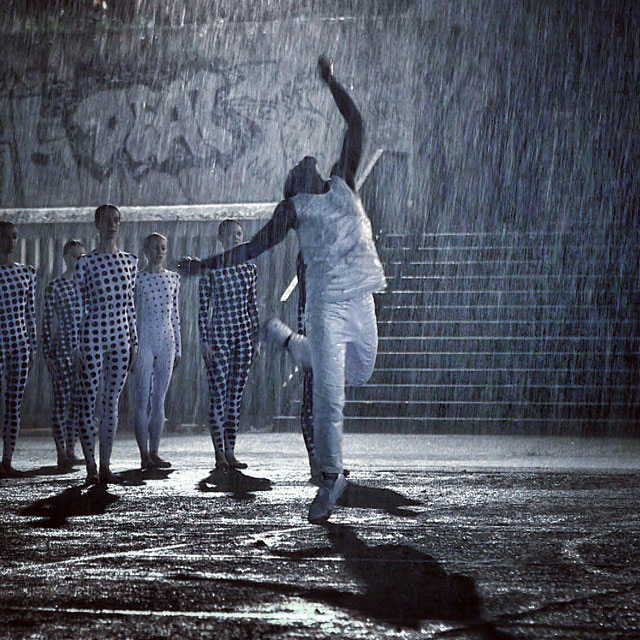 These sort of social interactions are, for JR, the greater work. “Definitely, for me, the art is the process,” he says. “Each time I think, oh, it’s finished, it’s actually just the beginning. We created an image, but that’s now gone. We’re staged the ballet, and that’s gone too; then we made a film, and now we’re finding a way to show that film.”

Yet at each stage, the social interactions created in the production of these pieces remain, and, perhaps, in some sense, become the greater work. 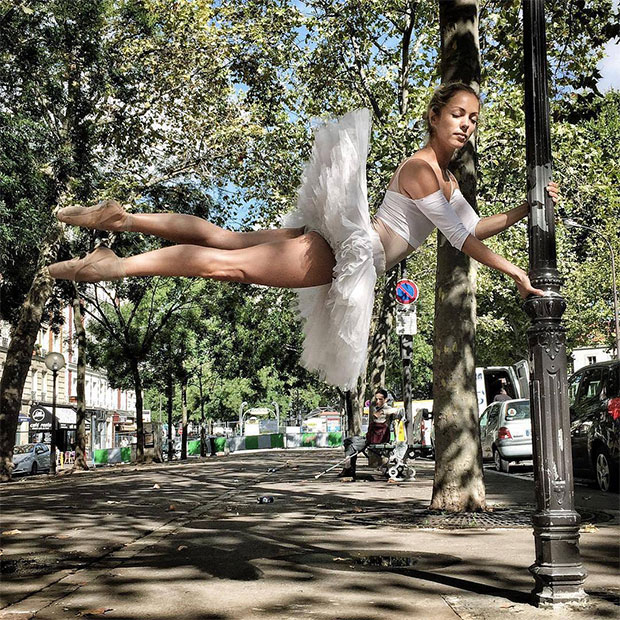 For more on JR’s life and work, get a copy of his book, JR: Can Art Change the World? Here. Meanwhile, Londoners should check back here soon for news of when and where this film will be shown in the British capital next month.