When Keith Haring turned a men's room into art

On the anniversary of the artist’s birth, we look back on his site-specific work Once Upon a Time

For most people, doodling on a toilet wall might result in a minor fine, rather a minor work of fine art. Yet for Keith Haring - who was born on this day 4 May in 1958 - things were a little different. Though this US artist was used to making unsanctioned works in public places, his site-specific work, Once Upon a Time, was actually commissioned for the men’s room at New York’s Lesbian and Gay Community Services Center, in remembrance of the Stonewall Riots. Haring, rather sombrely interpreting this important moment in the sexual revolution of the 1960s, indulged in a joyous orgy of poppy, gay, expressionism. Here’s how Richard Meyer takes up the story in our book, Art & Queer Culture. 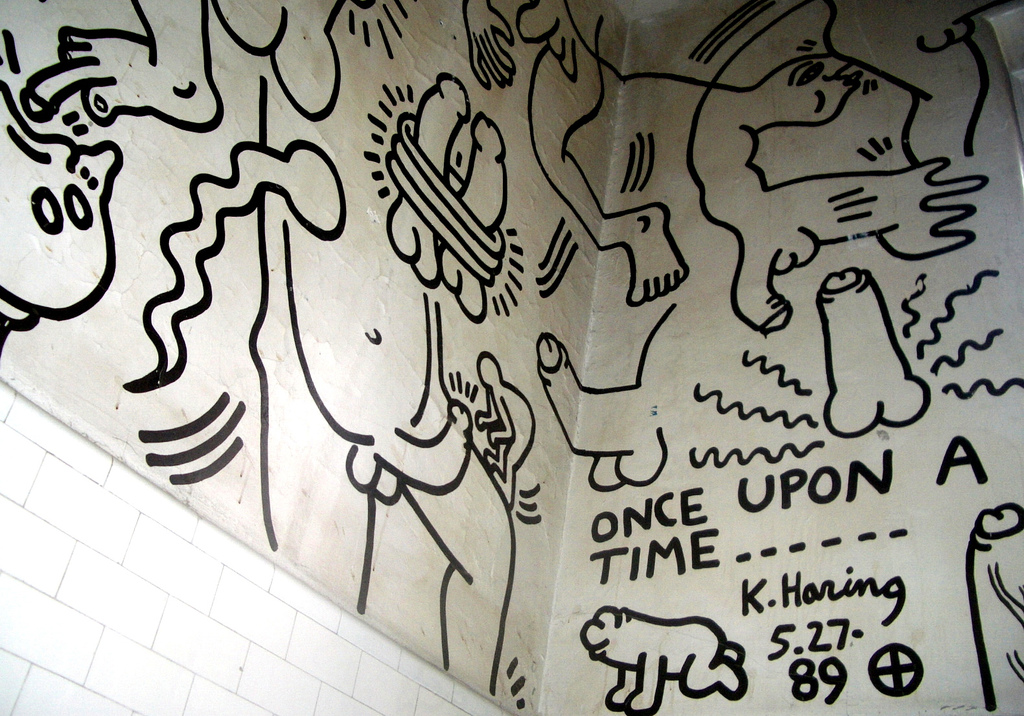 Once Upon A Time (1989) by Keith Haring. Photo by Alex Galyon, via Flickr. Creative Commons license

“Beginning in 1980, Keith Haring made illicit chalk drawings on the blank panels of unsold advertising space in New York City subway stations. His signature style – silhouetted figures of barking dogs, radiant babies and exuberant characters – soon became familiar to New York City commuters. By the middle of the 1980s, he had been discovered by the art world, opened his Pop Shop in Soho and become one of the most famous – and well remunerated – ‘graffiti’ artists of his day,” writes Meyer.

“To commemorate the twentieth anniversary of the Stonewall riots in 1989, Haring created an orgiastic mural for the men’s room of the Lesbian and Gay Community Services Center. A popular attraction to the Center, the men’s room has since been repurposed as a meeting room for use by community members of all genders.”

Proof that art can break down many barriers, including lavatory-stall walls. For more on the place of homosexual expression and the arts, get Art & Queer Culture.