Wow! How did you get up there JR?

The artist and Phaidon author has been pretty busy in Philly and New York this week, but what's he been up to?

It's hard to keep track of, let along keep up with, an artist like JR. Just in the past few days he has shot his new film with Agnes Varda, dropped in on Martin Parr's photography exhibition in Arles, and hung out with U2, Alicia Keys, Swizz Beats and Jay-Z in New York. 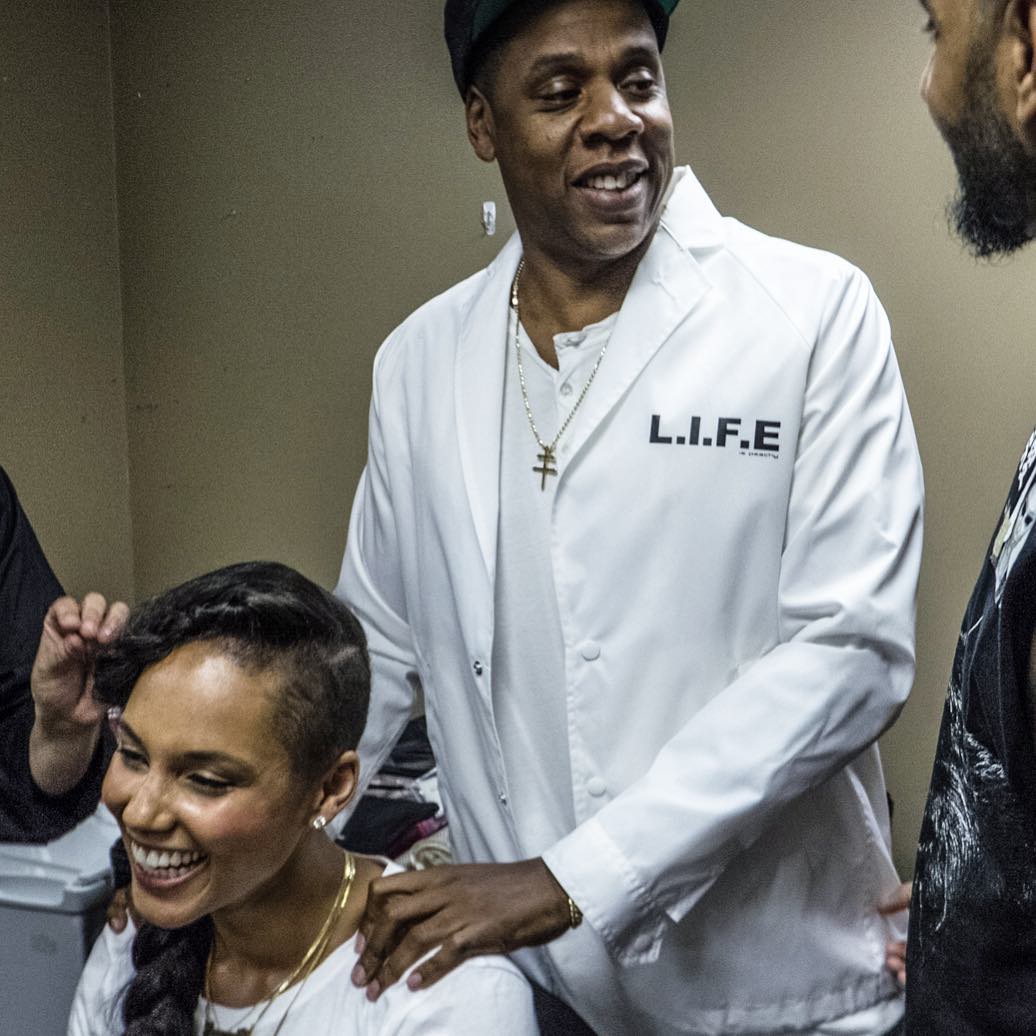 The New York trip coincided with a huge new mural, which the artist pasted up on Lafayette St in lower Manhattan on Monday, with the help of his studio director Marc Azoulay, and a rented deck crane. In an email to us just now Marc described the New York piece as "someone interacting with paper and the building". 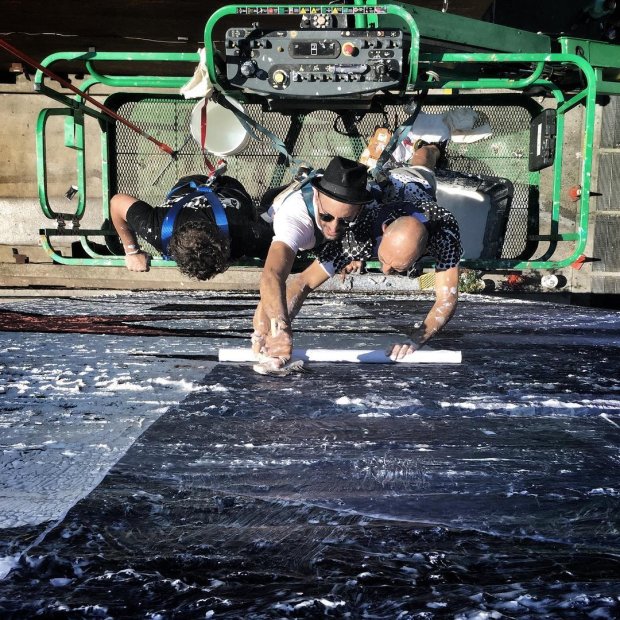 Later he and his team travelled on to Philadelphia's Center City district, to put up another large-scale wall piece. The Philly work forms part of the city's ongoing Mural Arts Program, which has seen the likes of Shepard Fairey create public artworks for the city's streets. 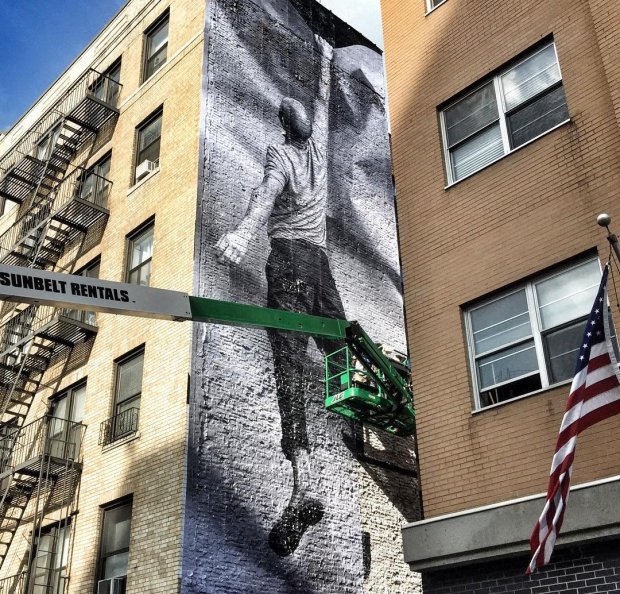 JR's work for the city of brotherly love is a monumental portrait of an otherwise anonymous immigrant; entitled Migrants, Ibrahim, Mingora-Philadelphia, this piece is a portrait of Ibrahim, a Philadelphia resident who came to the city from Pakistan, and has been pasted on to the side of the  The Graham Building at Dilworth Park. 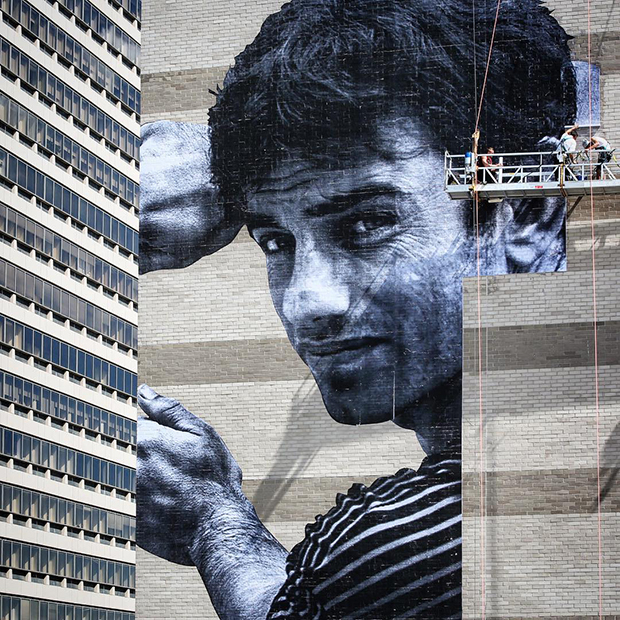 the picture is a continuation of the artist's ongoing interest in the unseen personal histories of newcomers to America. In his email, Marc Azoulay confirmed that the Philly piece was from JR's Migrants series, kicked off on the cover of the New York Times magazine. 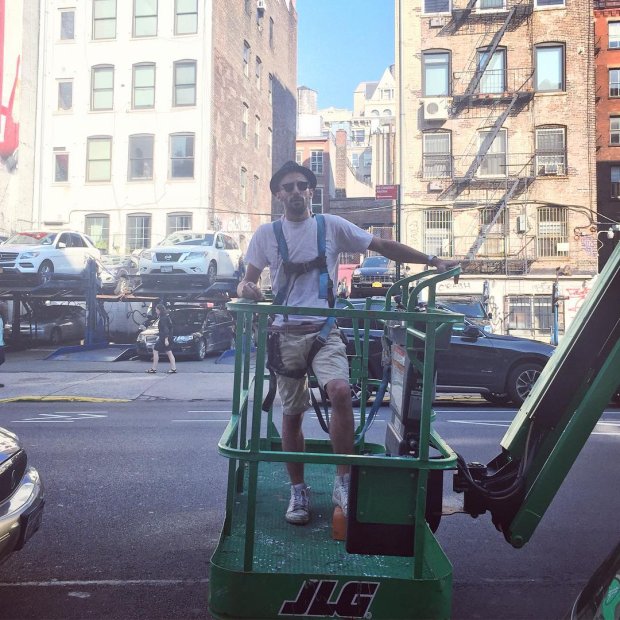 If you are intrigued by this important artist you should order a copy of JR's forthcoming book, Can Art Change the World?