What is JR creating for the Rio Olympics?

The French artist says this work, part of his ongoing Inside Out project, will be his craziest yet!

JR’s large-scale public portraits are instantly recognisable, even when the French artist has had very little to do with them.

Consider his ongoing project, Inside Out. “In 2011, JR received the TED Prize for his works. It was a first in many ways, as JR was not only the youngest recipient of the $100,000 prize but also the first artist,” writes Nato Thompson in our JR book, JR: Can Art Change the World?. The artist used the money to start Inside Out. 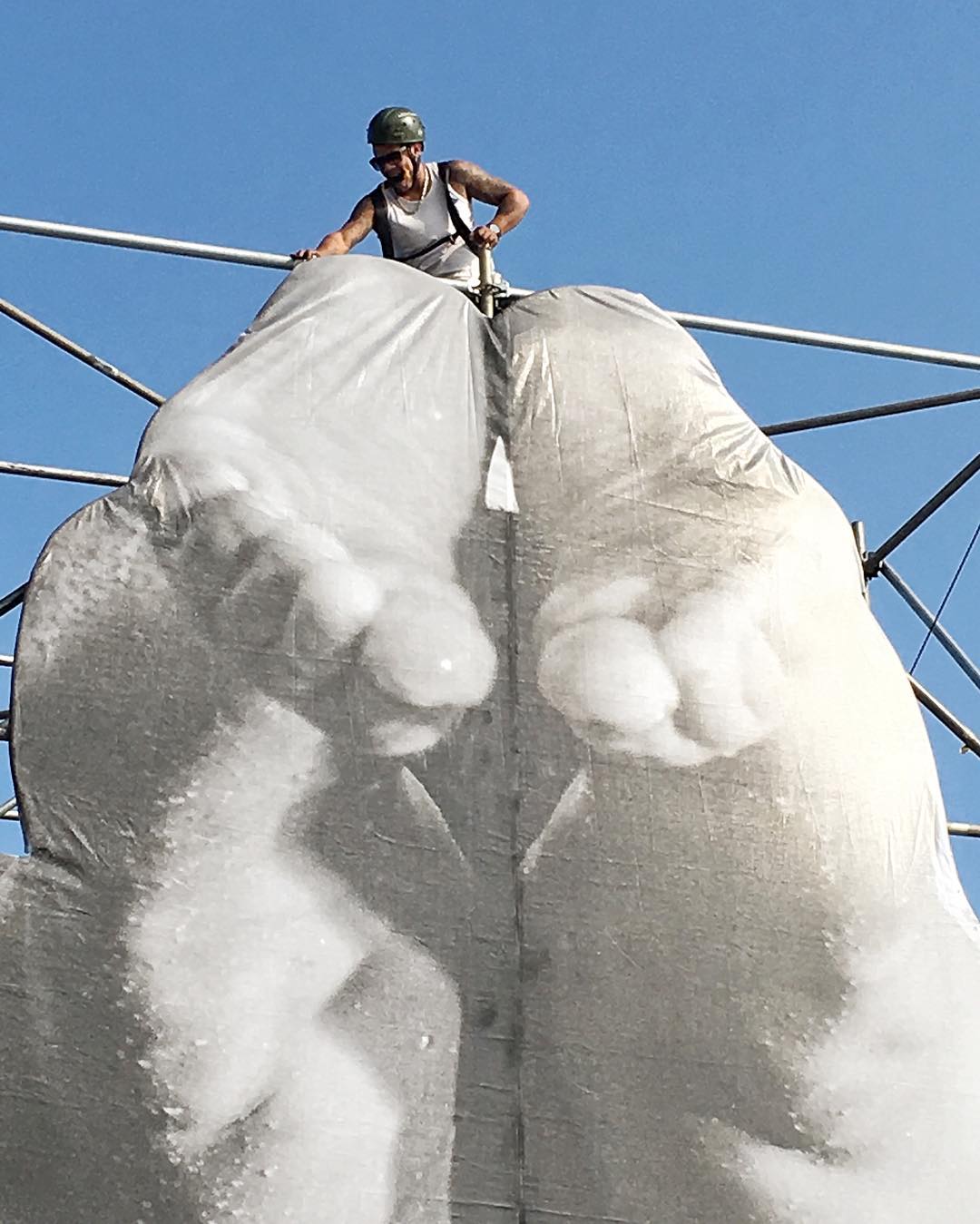 “The idea was simple and the results unpredictable. As opposed to JR being the instigator of his documentary-style ‘street’ work, he would turn the camera over to a global audience,” writes Thompson.

“Participants would email the portraits to JR’s studio in New York and, if they lacked money for materials, the Inside Out project would send the large-scale printouts in bulk for them to paste in their own ‘actions’. Finally, the results of all this would be published online.”

“Inside Out spread like wild fire. No longer limited by JR actually having to be at each site, and instead acting as a facilitator of mass participation, the project appeared across the globe simultaneously. 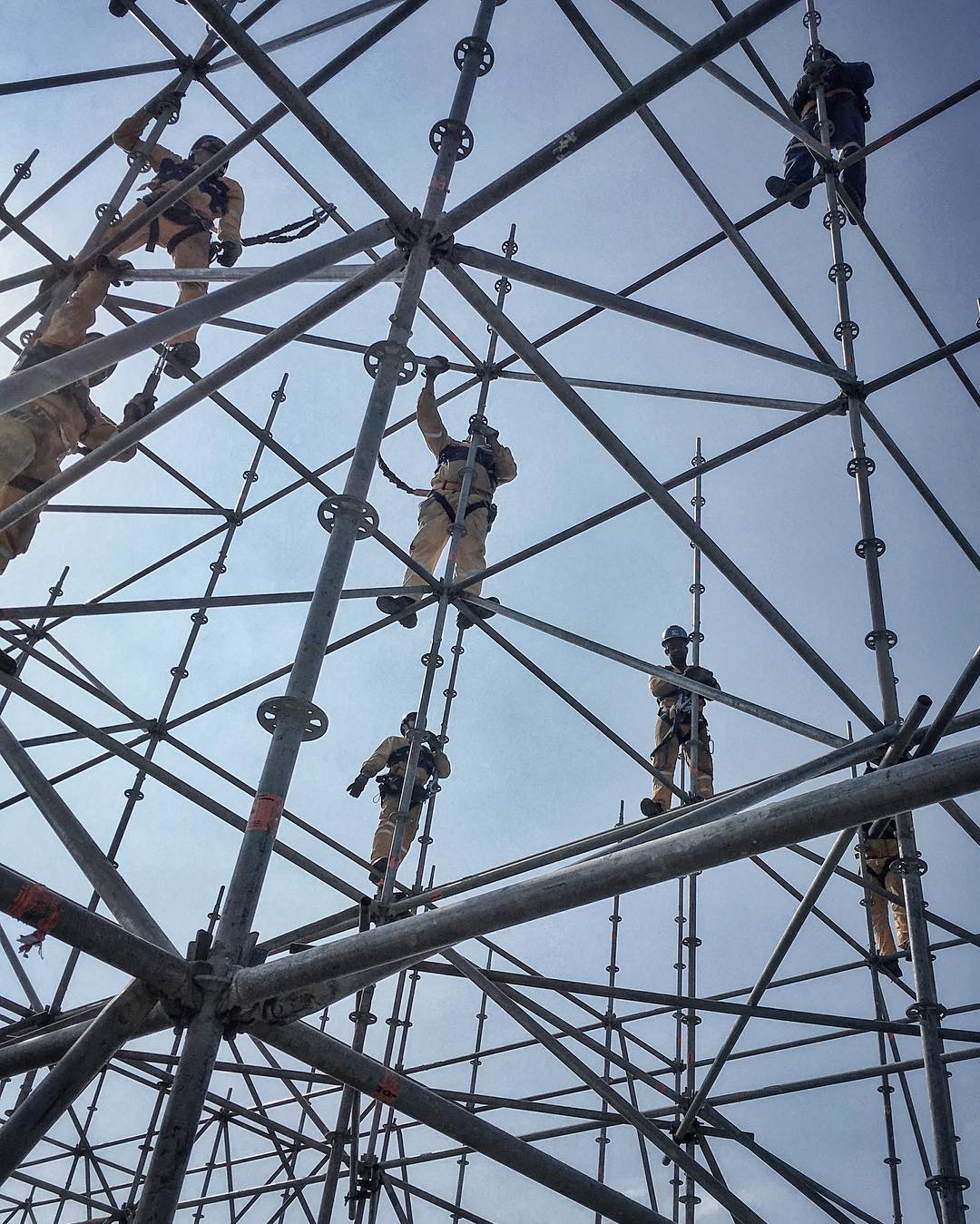 JR and his team install a new piece in Rio. Image courtesy of the artist's Instagram

“JR and his team developed photobooth trucks that provide the opportunity for the curious to have their photograph taken and receive an instant, large-format, black-and-white printout to take and paste,” writes Thompson.

A new Inside Out Truck is on the streets of Rio currently, but JR appears to be changing the rules a little bit for Inside Out Rio. He and his team are building a huge new scaffold on top of a Rio tower block to post the images. He’s described this Brazilian iteration of the Inside Out, tagged #ioprio2016 on Instagram, as “his craziest”, using new techniques and indeed, “new everything."

He also appears to be taking up a sporting theme. The latest image, below, certainly looks like a high jumper completing a Fosbury Flop, while the feet above appear to belong to a swimmer or diver. Will other Olympic sports follow? Will JR turn Rio 2016 Inside Out? Keep watching and we'll let you know. 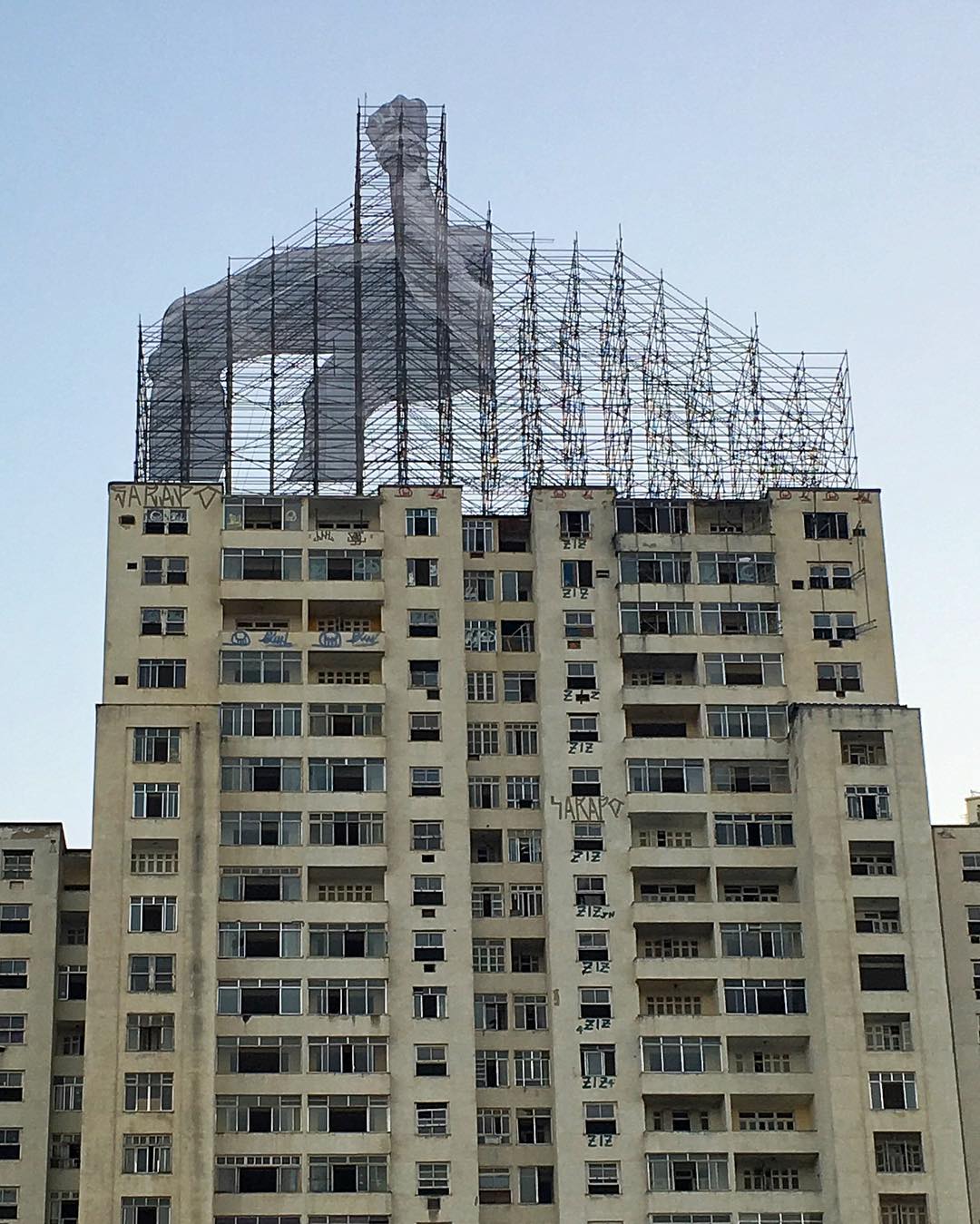 JR and his team install a new piece in Rio. Image courtesy of the artist's Instagram

For more on JR’s life and work buy our monograph, JR: Can Art Change the World?, and to discover more about Brazilian culture, order a copy of our Brazil book here.