New improvements, including some to security, to 22-year-old iconic building follow recent break in

Security at the Kunsthal Gallery in Rotterdam has been stepped up following the raid there at the end of 2012 during which paintings by Picasso, Matisse and Money were stolen.

The renovation and security upgrade has been made in conjunction with architects OMA who said:  "After more than 20 years of intense use, OMA, the city of Rotterdam and the Kunsthal have completed their comprehensive plan to upgrade the performance of the building in terms of energy, security, program and circulation." 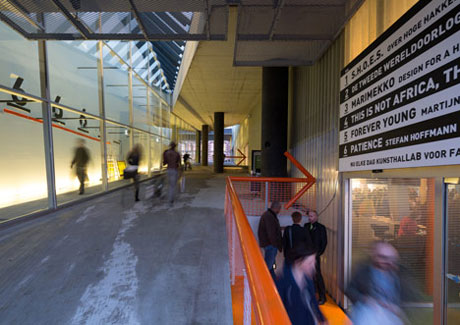 "The renovation demonstrates the possibility of updating the building to meet contemporary requirements, whilst retaining the original concept of al exhibition machine," said OMA's Ellen van Loon, leader of the project.

After the raid, in October 2012, there were questions raised as to whether the design of the building could have been a contributing factor to the apparent ease with which thieves made off with the art works.

Speaking in De Volkskrant at the time, security expert Ton Cremers referred to the Kunsthal as "a gem of a building" but also commented that: "Once inside the building, thieves could easily walk through the entire museum," and that "there were no extra compartments built for the expensive pieces." 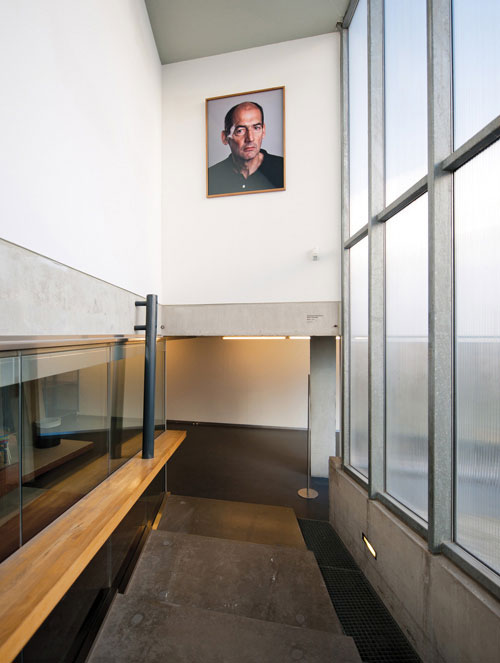 A Koolhaas portrait in the Rotterdam Kunsthal

OMA says that "the subdivision of the public spaces" has now been addressed. Security and building operations have been improved," they add. "A second entrance has been added, making it possible to access the auditorium and exhibition spaces independently. The beautiful glass facades and roof are now fitted with high performance insulation materials as well.

Gallery goers will be pleased to hear that the reception, restaurant and museum shop are now integrated into the route of the building. These particular transformations "will enable the Kunsthal to evolve with the growing need for economic independence of cultural institutions," says OMA.

You can read more about this fantastic building by downloading the Phaidon Architecture Travel Guide App. It also features in 20th Century World Architecture which explains the thinking behind the routes around and through the building and the original notion for the building that the visitor's experience should take precedence over formal spatial considerations.