Behind The Scenes At The Art Museum

Often great art isn’t appreciated during the lifetime of the artist and only rises to fame after a presumably tragic death. Perhaps more interesting though are the cases where the reverse journey occurs. For example, Botticelli’s lyrical and highly individual style, (seen in room 175 of The Art Museum), won him a never-ending stream of praise during his early career. But as Mannerism – the style which he helped inspire – took hold, his work was seen as old hat, and he fell out of favour towards the end of his life. There, he languished for centuries until his reputation was restored by the art critic John Ruskin. It’s thanks to Ruskin that his name is known today. Ruskin, for his part, did his best to bury the reputation of one of his contemporaries, Whistler, saying of The Falling Rocket, “I never expected a coxcomb to ask 200 guineas for flinging a pot of paint in the public's face.” However, this particular opinion failed to stick, and Whistler’s work outlived his critics. 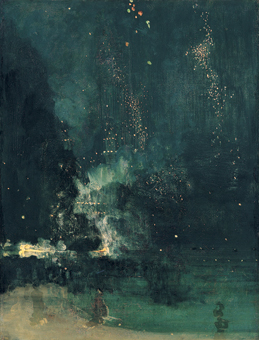 The Impressionists, meanwhile, gained a reputation, lasting to this day, for being the misunderstood mavericks of the late nineteenth century. While their work certainly sent a few shockwaves around Paris when it was first exhibited, many critics rallied to their support, particularly as the years rolled on. However, the Impressionists’ commercial success depended, in part, on being thought of as avant-garde renegades, so they did their best to distance themselves from positive criticism. To this day, they’re known as the movement that overthrew the art establishment, despite it doing its best to welcome them. 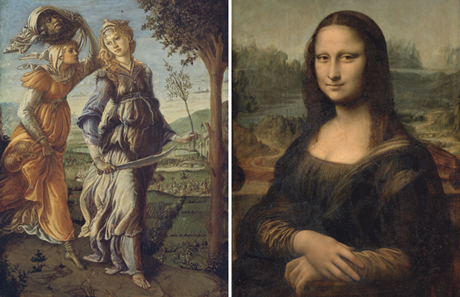 While the Mona Lisa (room 180/5 of The Art Museum) has never exactly been forgotten, it only achieved its current status at the pinnacle of the Western canon following its theft from the Louvre in 1911. In what, inadvertantly, turned out to be one of the best publicity campaigns ever, the theft of the painting and its high-profile return after three years ensured the work entered a place in the public consciousness which it has never left.

Follow the link to read more about The Art Museum