Peter Doig absolutely did not paint this picture!

Why did a retired prison officer sue the artist and claim that he'd sold him a painting while in jail in the 70s?

A retired Canadian prison officer who claimed a painting he bought in the 1970s from a jail inmate for $100 was made by the young Peter Doig has had his claim thrown out by a Chicago judge.

Robert Fletcher sued Doig in 2013, saying the artist's disavowal of the painting negatively affected the value of the work, which Fletcher had wanted to sell at auction. Fletcher had been trying to get the court to authenticate the painting as Doig's work and to retrieve $7.9m in damages for the artist's scuppering of the sale.

However, Doig denies he painted the desert landscape, or that he'd ever been an inmate at  Thunder Bay Correctional Center in Ontario where Fletcher claimed to have bought the work. Chicago federal judge Gary Feinerman agreed with him, ruling that Doig “absolutely did not paint the disputed work” at the centre of the long-running lawsuit.

In fact, the work in question is signed and dated “Peter Doige, 76” by a man who, according to Doig’s lawyers, died in 2012. Judge Feinerman said the case was "clearly one of mistaken identity." In 1976, Peter Doig was 16 or 17 years old and living with his parents in Toronto.

“I have rarely seen such a flagrant example of unethical conduct in the US courts nor a case that inflicted such needless burdens on a defendant,” Doig's lawyer Matthew S. Dontzin sai following the decision. “Artists should be grateful to Peter for having the ethical and financial fortitude to fight tirelessly to ensure that justice prevailed in today's verdict.” 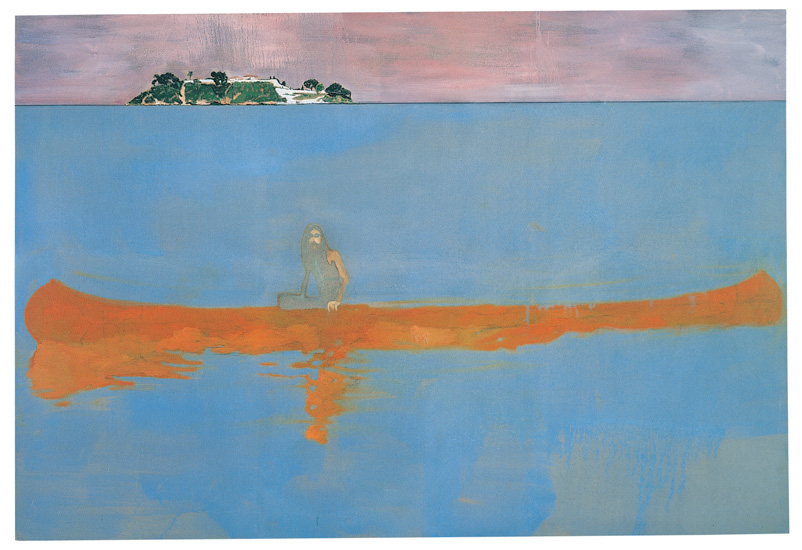 If you want to see some paintings that are definitely painted by Doig check out our Contemporary Artist Series book on the painter. In the artist interview in it Kitty Scott asks Doig about his shifting sense of place and the way it continues to shape his work. Meanwhile, in the book's Survey Section journalist Adrian Searle considers how the paradoxical union of highly charged technique and muted subject matter lend Doig's  paintings their unique ‘emotional weather’. Catherine Grenier’s Focus centres on the painting 100 Years Ago, examining its movement along axes of time and place, both historical and imaginary. In the Artist’s Choice, Hannes Schneider & Arnold Fanck’s text on skiing recalls the artist’s longtime fascination with the sport while evoking the grace and physicality of his painting. Buy it here.