Laura Lancaster - Why I Paint

The British painter Laura Lancaster uses found imagery including photographs, slides and home videos as the starting point for her paintings. Anonymous faces, figures and objects are removed from their original context, identities forever lost. Lancaster is interested in the possibility of reinterpreting these images on canvas, shifting lost memories into a new pictorial space. Her subject matter is often unnerving, inducing an atmosphere of strained eeriness.

Working primarily with oil and acrylic on canvas and linen, she applies paint with a luscious force. Pigments seem to almost melt. White paint drips upon an expanse of red, recalling the colour saturation of an over-exposed negative; streaks of grey cut through dark black background shadows.

The effect is uncanny. Paintings of lost images are rooted in a sense of decay; memory fading with time. Yet Lancaster describes how "these lost images become totems of time, memory and loss. I feel that I am reanimating dead/redundant images, bringing them back to life," she says. Here, the Vitamin P3-featured painter tells us what interests, inspires and spurs her on. 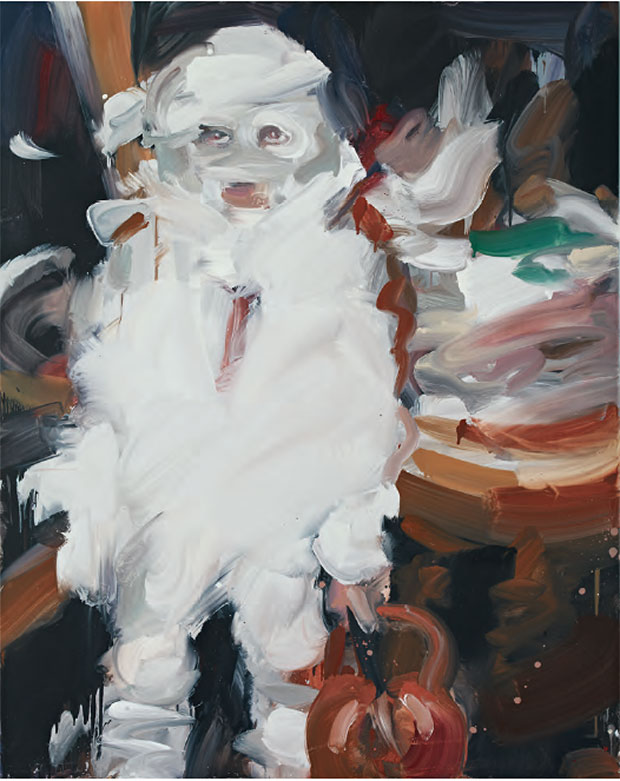 Who are you? A painter from the UK.

What’s on your mind right now? I am working on new paintings in the studio developing ideas generated during recent exhibitions - exploring the relationships between drawing and painting in my practice. I am also thinking about Francis Bacon as I am going to see Invisible Rooms at Tate Liverpool tomorrow. I have been revisiting his work lately.

How do you get this stuff out? Painting is a form of thinking in a way, so my work is very much focussed on process, and working through ideas in the studio.  Each body of work is an attempt to push ideas further and explore possibilities.  My time in the studio is spent working with found photographs, cine films, 35mm slides, manipulating the ways in which the power and psychological reading of these images changes through the act of painting. I make a lot of drawings and work on photocopies which focusses my intent for each image and allows the paintings themselves to become very loose and rapidly executed. 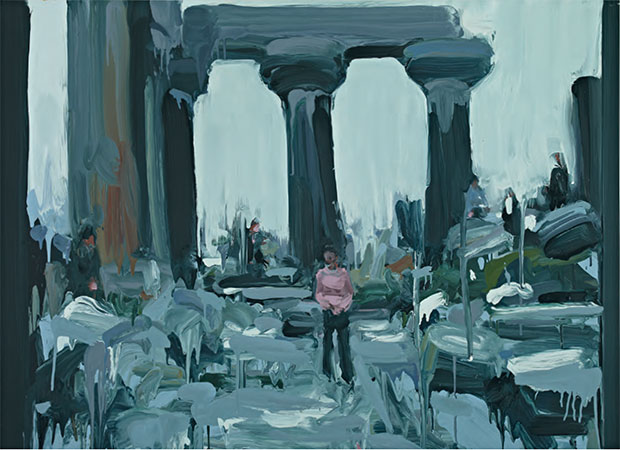 How does it fit together?  That's specific to each painting and changes - I feel it's working when the painting comes to a point were it feels it has broken free form the image I'm working from, taking on it's own sense of life, when the paint and image fit together in a way I wouldn't necessarily have predicted or planned. This openness to possibilities is what feeds one work into the next and pushes ideas forwards.

What brought you to this point? Compulsion to paint and to see what is possible for my work.

Can you control it?  I am in control of my working method, but not fully in control of the results and I prefer it this way.  When you see a process through it doesn't always turn out as expected and that is the addictive element for me, as a painter. It's this push/pull between control and spontaneity which gives painting its life. 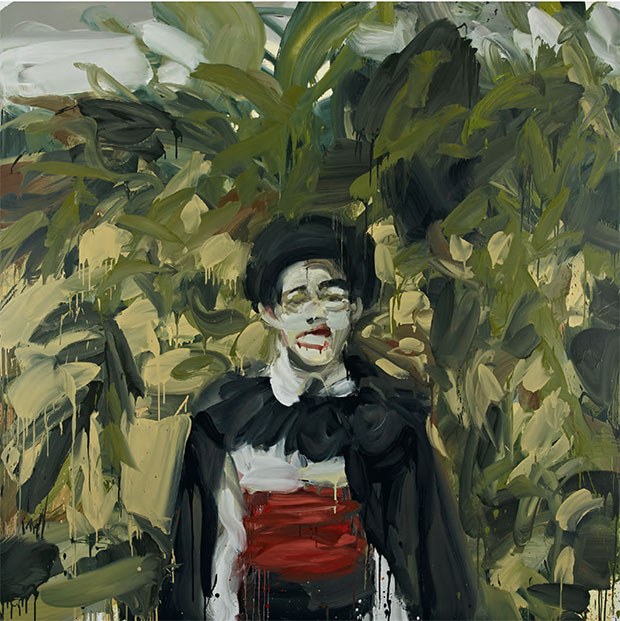 Have you ever destroyed one of your paintings? I have destroyed paintings. Sometimes I get half way through destroying them and notice something interesting is happening and so they get put back into rotation in the studio and  this becomes part of the process. There can be various reasons for destroying a work - if it feels too precious or too self conscious or if it becomes overworked and loses vitality.

What’s next for you, and what’s next for painting? More painting and time in the studio ahead of various projects later on in the year. 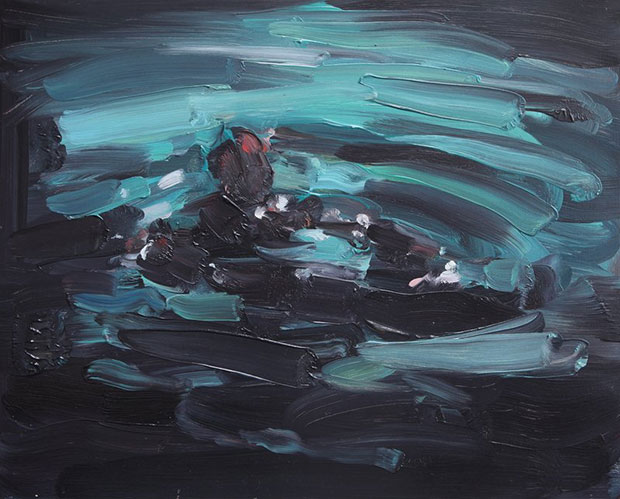 Find out more about Vitamin P3 New Perspectives In Painting here. Check back for another Why I Paint interview with a Vitamin P3-featured artist tomorrow. Finally, be sure to check out more of Laura's work at Artspace and Workplace Gallery.