If you're in New York and you like Yayoi Kusama there's a rare opportunity to see some of her drawings from the 1950s at the D'Amelio Gallery, on West 22nd Street. "Drawings from the mid-50s" includes drawings undertaken in Japan between 1953 to 1957, and show the artist beginning to explore her legendary dot fields. 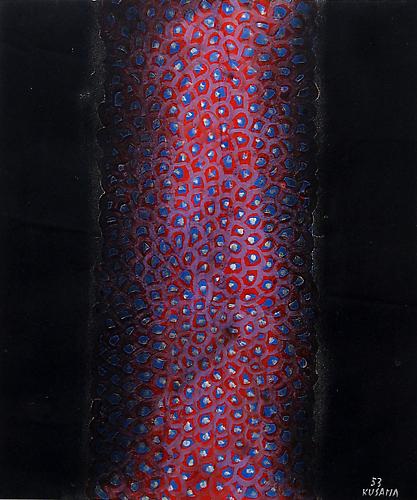 Kusama moved to New York in 1958, reportedly bringing with her around 2,000 drawings and watercolours. The drawings were at one point in the collection of New York dealer Richard Castellane, who hosted a number shows with Kusama in the 1960s (including one apparently where  she covered the floor in pasta. Kusama said at the time: “I have obsessions. The macaroni expresses my food compulsion. When I was a child, I used to tear clothing, papers, books into thousands of pieces. I fluctuate between feelings of reality and unreality.” 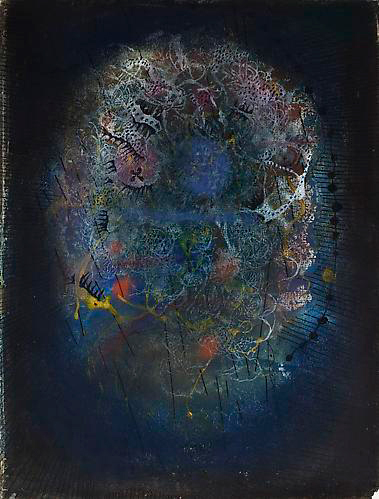 Coinciding with the final stop of the Tate Modern’s traveling retrospective currently on view at the Whitney Museum of American Art, the show provides an opportunity to see Kusama’s recurring themes and motifs revealed through the intimate act of drawing. The D’Amelio show runs until October 20. The Whitney’s Kusama retrospective closes at the end of this month. 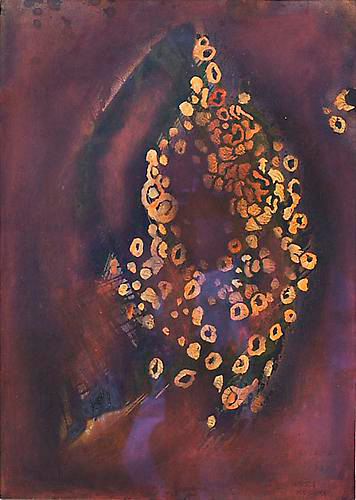