Stephen Shore and Martin Parr hang out at Arles

What are these two great photographers talking about? Perhaps their respective Rencontres d’Arles retrospectives, which have both just opened at the great French photography festival or even their great body of Phaidon books. 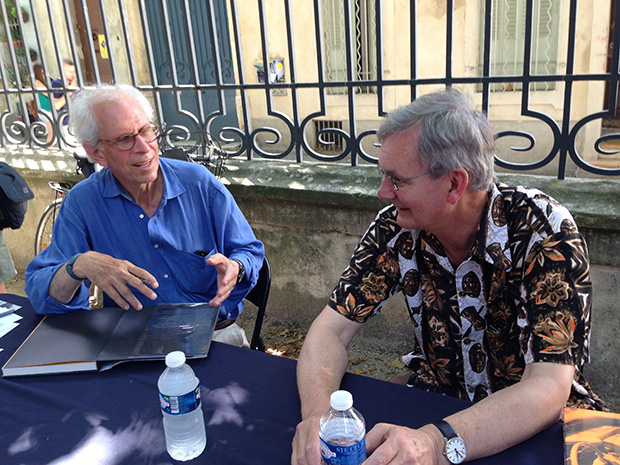 Neither Stephen Shore nor Martin Parr are especially keen on going over their old material, though both have produced a body of work so well loved by photo fans around the world that it’s hard to avoid just a little nostalgia. 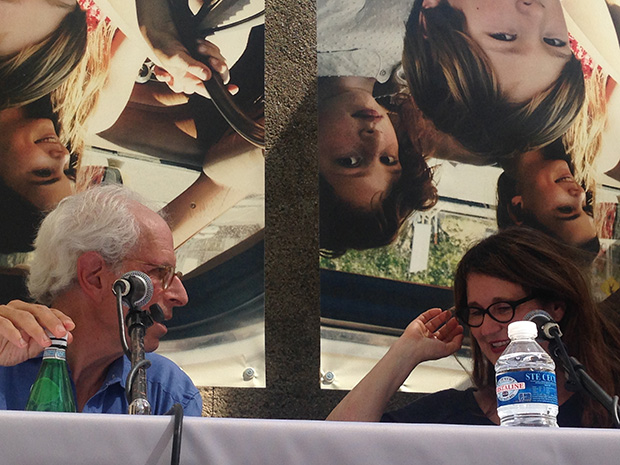 We took these images of Stephen Shore and Martin Parr yesterday at a book signing on the city’s Rue du Docteur Fanton, close by both photographers’ shows. The book signing took place immediately after a brief exchange between Shore and the esteemed critic Natasha Wolinski. 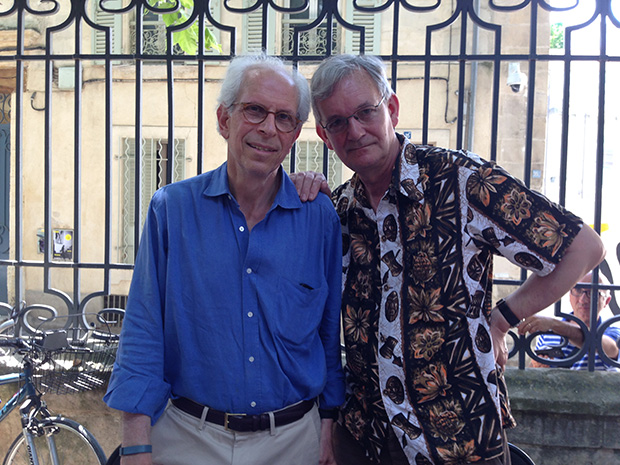 Stephen Shore and Martin Parr at the Rencontres d'Arles

Shore is the subject of a festival retrospective in Arles’ Espace Van Gogh, which looks back at his work from the mid 1960s onwards. Parr, meanwhile, has collaborated with the French musician Matthieu Chedid on an exhibition entitled MMM, staged at the city’s Église des Frères-Prêcheurs. Part retrospective, part audio installation, the MMM show features large-scale reproductions of well-known Parr photographs, a delightfully evocative sound track, as well as series of deck chairs printed with well-known Parr photographs. 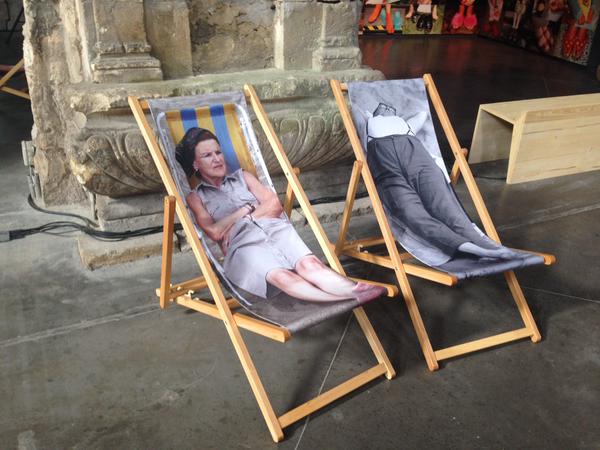 Both exhibitions are running throughout July and August; Parr’s closes on 30 August, while Shore’s is on until 20 September. Find out more here. And take a look at the video below. 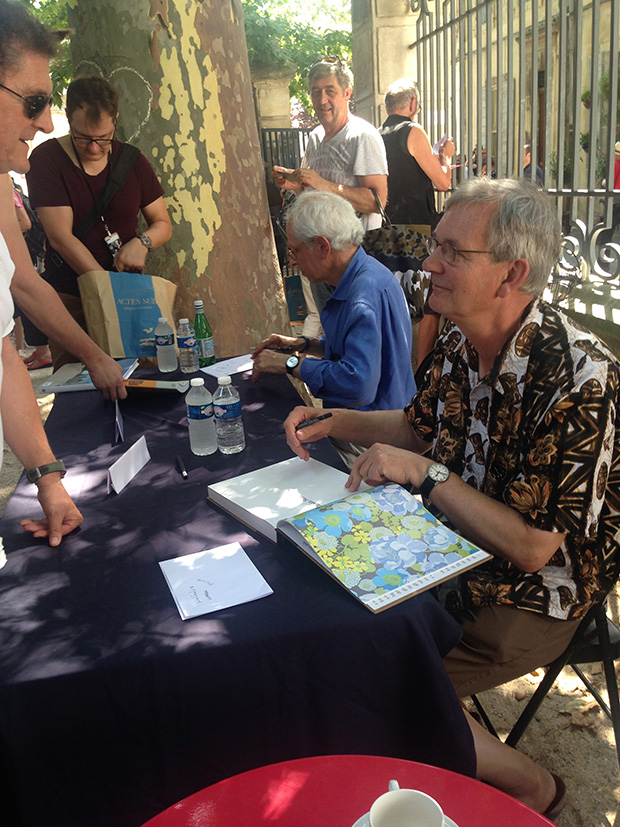 Stephen Shore and Martin Parr sign books at the Rencontres d'Arles. Martin is signing a copy of our monograph