The artwork that got JR arrested

Though he makes films and takes photographs, creates ballets and oversees huge installations, the one element that remains constant throughout the French artist JR’s work is a sense of community and social commitment. He first found fame in 2004, pasting up disarming portraits of disenfranched, poor kids from the Parisian suburbs, in a series he dubbed Portrait of a Generation.

Many of the kids he focused on came from Les Bosquets, a social housing estate on the Northeastern edge of the city. JR brought the series to an end in 2006, yet he never lost touch with his friends in this estate, and, when he heard the French authorities had condemned Les Bosquets, he felt compelled to mark its passing. 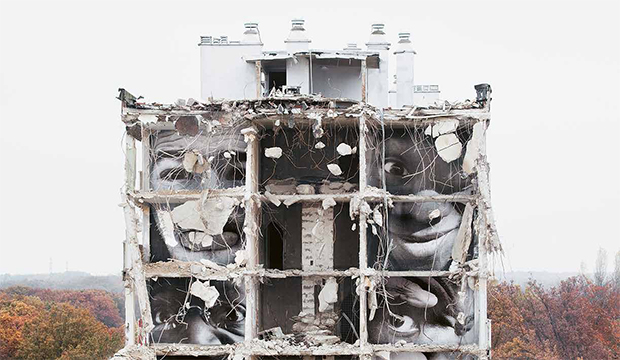 "These were the buildings in Les Bosquets where we did the first Portrait of a Generation actions,” explains the artist in our book. “We heard that they were going to be demolished but we couldn’t get authorisation to paste inside.”

However, this minor bureaucratic obstacle did not hold JR back for long. “We got plans from the former inhabitants, and we entered at night, twenty-five of us, and spread out over all the different floors,” he says in our book. 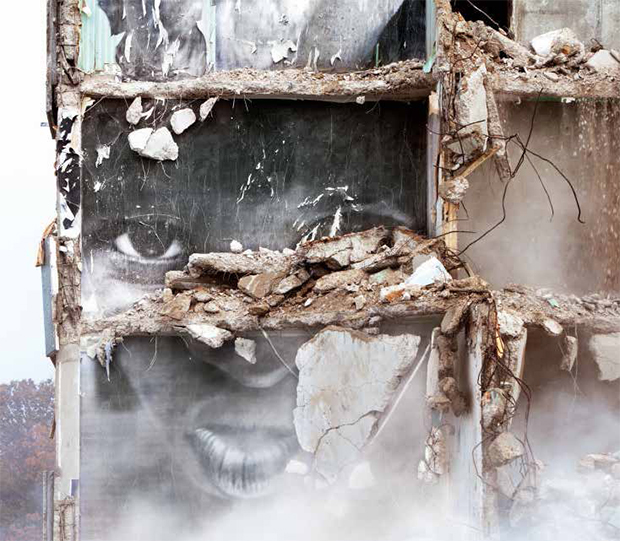 “We pasted eyes in someone’s kitchen, a nose in someone else’s bathroom, and a mouth in a living room. When we came down, the police arrested us but they couldn’t understand why we had just spent hours in this building that was about to be destroyed. The pastings were so big that they couldn’t see what they were. The next day, when workers started the demolition, the portraits were revealed, little by little, while the cranes were “eating” the building. Only the people that were in the neighbourhood that day witnessed the gigantic spectacle unfold.”

To see more of these pictures and to find out more about this extraordinary artist’s life and work order a copy JR’s first full-career monograph, JR: Can Art Change the World here. 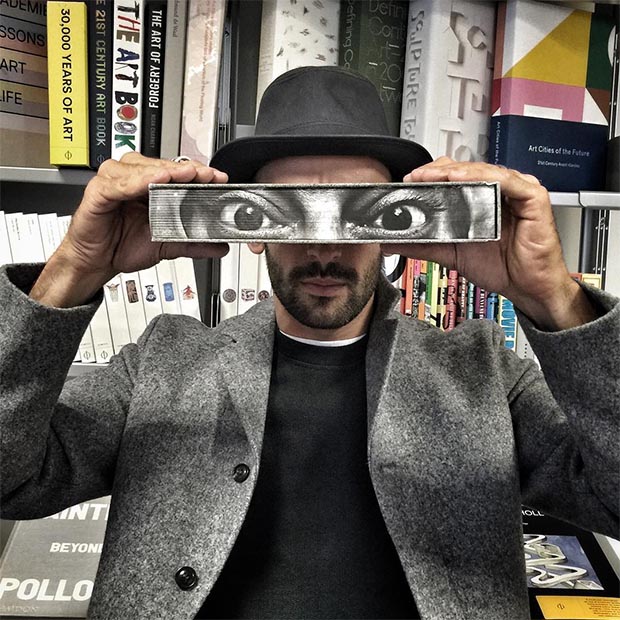