Will Christo's new sculpture be the world's biggest?

That's certainly the 77-year-old artist's intention, as he revives plans for a huge work in Abu Dhabi's desert

It will stand 150-metres high, be formed from 410,000 oil barrels and, when the sun hits it, will glow "almost gold". Christo Yavacheff's proposed Mastaba sculpture will certainly add cultural capital to Abu Dhabi, and become a fitting addition the artist's canon. Whether it will become a record breaker remains to be seen. 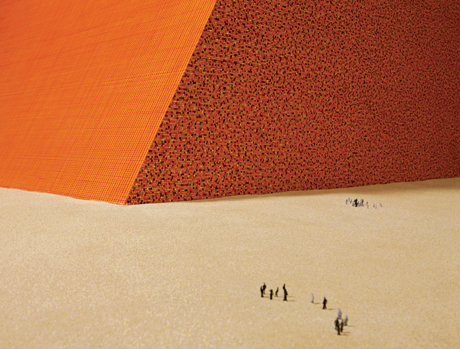 The Mastaba by Christo and Jeanne-Claude

Christo, better known for working alongside his late wife, Jeanne-Claude, in wrapping the German Reichstag in cloth 17 years ago, as well as installing 7,500 yellow-shrouded gates in New York's Central Park in 2005, explained to The Observer newspaper that he and his wife began plans for this striking desert work back in 1977. 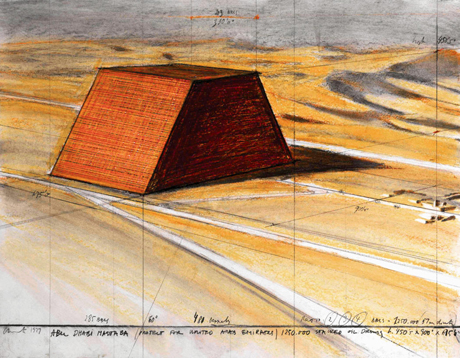 The Mastaba by Christo and Jeanne-Claude

The artist's plans were delayed thanks in part to the Iran-Iraq war, but have been revived lately, despite Jeanne-Claude passing away in 2009. Christo says that Abu Dhabi's sympathetic sponsorship of big arts projects encouraged him to revive the work; the royal family approved of Christo's plans and donated the land on which the structure will stand, in Al Gharbia, about 100 miles outside Abu Dhabi city. 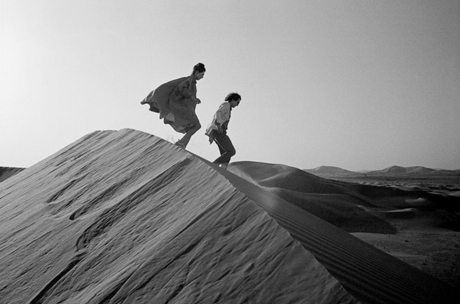 Jeanne-Claude and Christo in Abu Dhabi in 1982

Unlike previous Christo works, which are usually dismantled after about two weeks, Christo says the piece will be left standing, as a permanent sculpture. Furthermore, he claims it will be the largest sculpture in the world. Is he right? Well, it would tower over St Peter's Basilica in Rome, London's St Paul's Cathedral or The Great Pyramid at Giza. However, by some estimations Mount Rushmore might be bigger. Nevertheless, it will certainly strengthen Abu Dhabi's position as a world leader in 21st century culture. For more on Jeanne-Claude and Christo, take a look at our wonderful Art Book, which you can currently buy at a 30% discount as part of our Cyber Monday offer. Hurry though - the offer ends today. 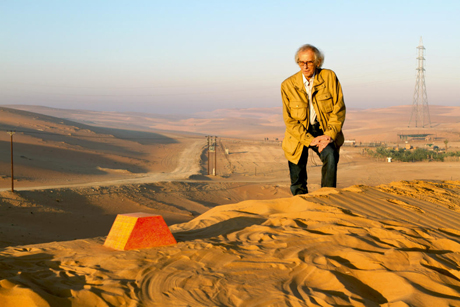 Christo's Spinal Tap moment? The artist beside his scale model of the sculpture, at the proposed site of The Mastaba, November 2011. Photo: Wolfgang Volz