The Chauvet Cave is one of the best-known and most important prehistoric painted sanctuaries in the world,” notes the eminent French prehistoric art expert Jean Clottes in our book, Cave Art. “A natural geological marvel located on the left bank of the river Ardèche, close to the Pont-d’Arc, the cave and its paintings were discovered in December 1994 by a team of cavers led by Jean-Marie Chauvet. The cave is renowned for the aesthetic quality and great age of its artworks.”

So, it should delight both M. Clottes and prehistoric art lovers everywhere that the cave, in Ardèche, southern France, has been awarded UNESCO World Heritage status. The UNESCO committee voted unanimously to protect the Chauvet Cave, where the paintings are around 30,000 years old, during its executive meeting in Doha, Qatar, on Sunday. The UN body noted that the cave “contains the earliest and best-preserved expressions of artistic creation of the Aurignacian people, which are also the earliest known figurative drawings in the world.”

Clottes, who has worked to preserve the site over the past two decades, and was one of the first to call for UNESCO status, told Le Monde that, on first viewing Chauvet, he was “blown away by the hundreds of high quality representations of animals and landscape, completely preserved,” adding that he considered the cave to be among the three most important prehistoric art sites in the world. 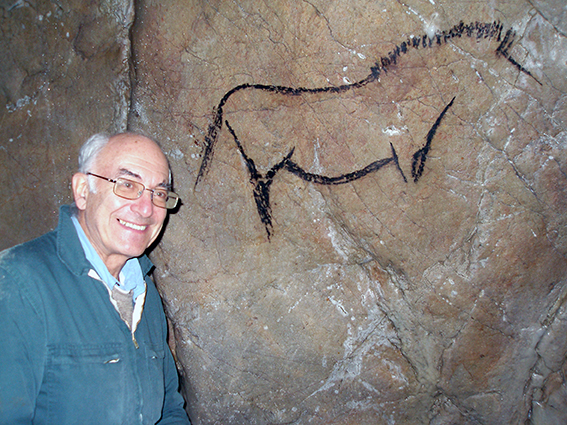 Thankfully, this new status will help fund on-going preservation work, ensuring Chauvet’s timeless pictures can be enjoyed for generations to come. In our lead picture above, Panel of the Lions, most of the lions are represented by their heads alone, with some also including the beginnings of the chest and the line of the back. In the centre, and elongated animal, which could be either a feline or a musteline, is shown standing face to face with a lion cub; apart from this cub and one bison, almost all the animals on the panel face left.

This scene features techniques already familiar from the rest of the cave: the preparation of the surfaces by scraping, the use of stump-drawing for shading, the trick of leaving areas blank for the eyes, and further scraping around the animal's outlines so that they stand out. The impression conveyed by the whole composition, reinforced by the tense expressions of the lions and their poses, is that of a hunting scene.

For a richer understanding of the Chauvet Cave, alongside many images of the works on its walls, buy a copy of Clottes’ book, Cave Art, which we are proud to publish.