Do you think there are too many fancy chairs in the world? That the last thing we need is yet another expensive designer object to perch upon? As the publisher of this, this and this, we tend to disagree with the argument. Which is why we love the angle the Bouroullec Brothers take on the problematic chair issue (yes, our tongue was firmly in cheek there) in their new book, Works.

Ronan and Erwan have produced a total of 11 chairs in their 20-year career and in Works, Ronan draws a neat comparison between chairs (and the impact they have on people) and pop songs. “A good chair can sweeten our day, remain in the background or insinuate itself into our subconscious, only to fade away or, on the contrary, become a classic,” according to the designer. Erwan meanwhile, describes his love for a wide of range of styles and moods, “Memphis is like punk rock. It is like Kurt Cobain. Provoking. On the other side there are Eames and Nelson, whose design is the total opposite. They are the creators of pieces that remind us of the calming, serene notes of the Beatles or Philip Glass. So full of hope.” 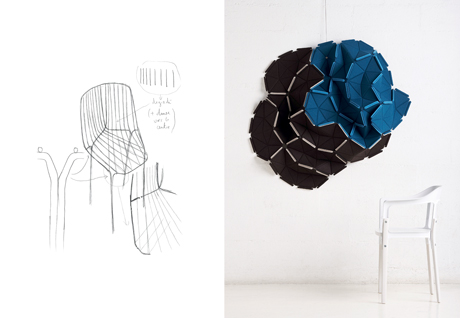 As big music fans ourselves we can only agree (though have made a mental note to play Erwan Helter Skelter the next time he's in the office). And we like the idea of a chair being almost a living, breathing object, influenced by the weight of design history and, on occasion, perched to take its place in design’s future. All of which got us wondering out of the 11 chairs the Bouroullecs have created for the likes of Vitra, Ligne Roset, Cappellini and Magis where the brothers’ Vegetal, (already a piece of design history) fitted in to all of this. The idea behind the chair’s design was to create a piece of furniture that grew like a plant. With this in mind, Vegetal was first conceived of in delicate drawings of interwoven branches and leaves. After a four-year process of trial-and-error, these initial sketches were transformed into calculations and computer renderings, and from there on into numerous models. Starting out from an initial circular form, the brothers turned the section of branches that makes up the seat and backrest into a T-shape, which lent the chair extra strength. After further reorganisation, it became stackable, and Vegetal slowly started to take on its final form: an industrially producible product. 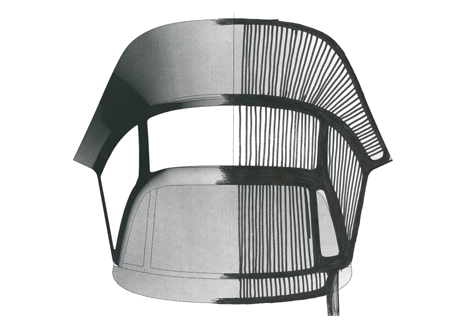 Perhaps, as Vegetal showed the brothers are no one-hit wonders. And in the end, their remarkable success might be traced to their willingness to riff on a note or idea. Like improvisation in music, experimentation in design lays the foundations for new and fresh ideas. The question ‘Do we really need another chair?’ — be it organic, plastic or made of metal — is not that different from the question ‘Do we really need another song?’ And the answer to each is plain and simple: yes! And we always will.

If you’d like to pre order the Bouroullec Brothers' Works, a comprehensive monograph featuring a wealth of previously unpublished images and drawings from the designers’ archives, and supporting text from design specialist Anniina Koivu, plus a catalogue section detailing every project they have ever produced, you can pre-order it in the store and get it before anyone else. Or go here if you want to read more stories about the Bouroullecs now. And we'd love you to add your voice to the conversation in the comments box below.