This last one started life as BD Ediciones back in 1972, and has produced pieces by contemporary characters including Alfredo Häberli, Jaime Hayon, and Ross Lovegrove, as well as past-masters such as Antoni Gaudí and Salvador Dalí.

Grcic and his five-strong team had already created the Table B and Chair B for the Spanish firm, and he’s now added to the family with the much-lauded Bench B. It’s a modular creation in aluminium, that clients can order as a 6m-long bench, a shorter bench or a chair. “I think we have created a kit of parts which can be turned into very different typologies or uses”, says Grcic of the bench. Versatile in its uses too, as it has arms or not, and can be upholstered in in-door and al fresco finishes. 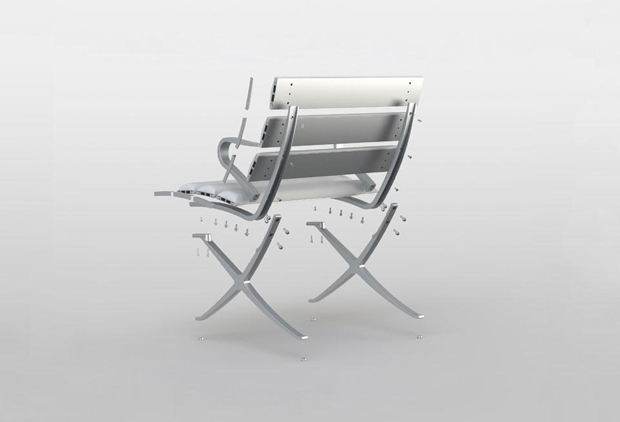 “The naked version is the purest version," Grcic says. “But it was a big challenge to make the upholstery, because the system we developed means that the upholstery isn’t a cushion you put on the slats, but is instead slid over the extrusions.”

The BD Barcelona-Grcic story started with the designer’s idea of creating a table from aluminium extrusions, to look rather like the wing of an aircraft. Table B was followed – naturally enough – by a chair, though the classically-formed B Chair is in wood.

Design aficionados will, of course, be reminded of the bench of Mies van der Rohe’s Barcelona Chair, which debuted at the 1929 International Exposition in Barcelona. Please note the crossed legs. However, rather than kicking off with Mies’s design, Grcic found himself sharing some of the vernacular. 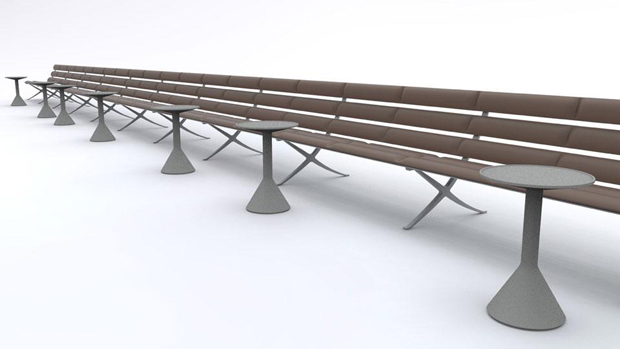 “We didn't start with the Barcelona Chair; it was more like we arrived in the proximity of that design through the design process," Grcic told Disegno.Daily. "When that happened, we had to decide if it was a no-go to adopt that design, or whether we could justify the likeness to ourselves."

In fact, the starting point was a wrought iron bench with wooden slats. “Normally outdoor furniture is architectural - rigid and geometric - but this beautiful wrought iron bench was really soft and much more furniture-like. That’s where I started and the process of developing the idea as a product led to the idea of crossed legs as a good structure.” 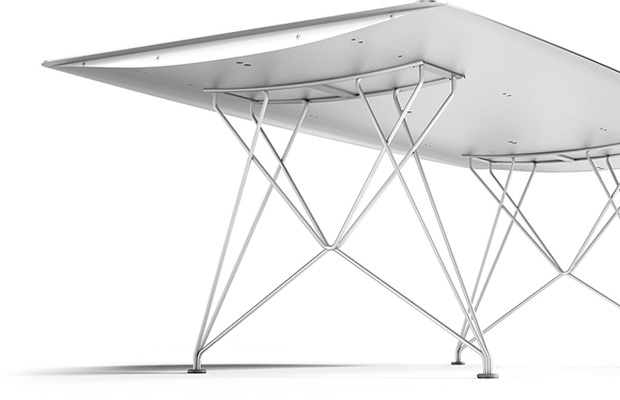 The original Table B - Konstantin Grcic for BD Barcelona